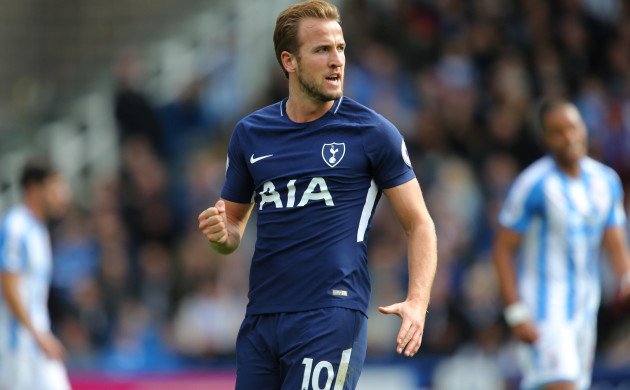 Maybe this is how it has to be for Harry Kane? Maybe he’ll spend his entire career accumulating records and reaching milestones, but always having to endure the scepticism of the public. A public, quite obviously, which believes that his face doesn’t belong inside certain frames.

On Boxing Day, his hat-trick against Southampton took him beyond Alan Shearer’s calendar year goalscoring record in the Premier League and, because the other European divisions are on winter hiatus, confirmed him as the continent’s top-scorer in 2017. What an achievement that is - not one which comes with any formal recognition or trophy, but a highly complimentary statistic nonetheless and one which characterises just how sharp his rise has been.

Consider that journey and remember the commentary which has been its soundtrack. At first, Kane wasn’t good enough. He was too bulky, too clumsy and too slow. Then, his goals were anomalies, Europa League irrelevancies which would never translate to anything more substantial. Finally, in a discussion which lasts to this day, his Premier League record - incontestable as it is - remains subject to hastily drawn asterisks.

Perhaps that explains the eagerness to dismiss this latest waypoint. The appetite in many parts seems to be to colour this year-end tally as an illusory success, possibly because to treat it as anything else would involve a series of humbling retractions. But that does seem reductive, applying as it does only to that fractional percentage of supporters who exist within the constraints of highly rigid positions.

More plausibly, then, it’s reflective of who Kane is and what someone of his standing in the game is expected to be. For most of the last decade, the scoring charts have been dominated and re-contextualised by two players, each of whom exists in - coincidentally - the game’s once-in-a-generation territory. Cristiano Ronaldo and Lionel Messi are clearly opposing characters, but they still share a radiant gleam.

Kane doesn’t have that. He doesn’t glide over the pitch, doesn’t control the ball with an assured class and, in direct comparison to the game’s established elite, often looks clunky and blunt. He plays for Tottenham, too, rather than a traditional superclub, leaving him exposed to a pervasive snobbery; he and they are both new to their current weight-class and it has always taken time for old associations to die.

Clearly he is at odds with the archetype and the result, predictably, is for him to be treated as an imposter whenever he infringes on the territory of that sort of player from that type of club. A year-end goal-record isn’t really an accepted barometer of anything, existing instead as an informal measure of performance.

Yet if it were more than that and if it did come with a UEFA ceremony and a gaudy trophy, then the expectation would be for a player of a different profile. Kane, with his mouth-open Englishness, would belong on the door of that event, checking tickets and refusing entry, and not on the stage shaking hands with the dignitaries.

Mixed in with these different perceptions and prejudices is an irritating modern habit. In 2017, the reflexive tendency is to demean anything being enjoyed by a different fanbase. Goals are not that good. Wins are not that important. Records, in this case, don’t mean anything. It’s part of the laborious back-and-forward which social media has intensified and, all things remaining equal, will only continue to become more fierce.

For Kane, too, this seems like an unwinnable war between what he continues to achieve and what his imagined limitations should prevent him from doing.