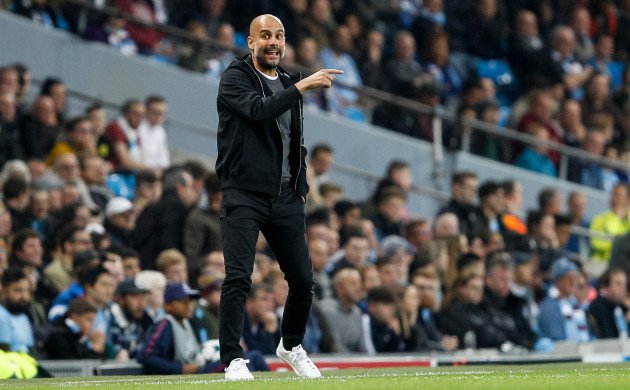 It’s the morning after the night before and the football world has split itself on either side of the Pep Guardiola incident. The Catalan reacted to Raheem Sterling’s late winner against Southampton with unusual passion and, in so doing, flirted with the boundaries of class and decency.

Inevitably, the reaction has been shaped by existing perceptions. Those fond of Guardiola before Wednesday night will be defending him now and those who contest his success at Barcelona and Bayern Munich - and who take umbrage with Manchester City’s wealth - will use this as an opportunity to make some kind of abstract point.

Both camps should agree that this was a spontaneous act, though. Guardiola has since apologised for his actions, perhaps slightly embarrassed after losing his cerebral gleam, but his response to Sterling’s brilliant, decisive goal was more charming than offensive. And, bizarre as the Nathan Redmond episode was, the player himself seemed untroubled by the exchange - certainly not put out enough to justify the withering criticism which has appeared since.

Football is meant to be emotional - supposed to be, but generally not. This is the era of the pre-rehearsed goal-celebration, the laboured press-conference remark, and the orchestrated managerial back-and-forth. It borrows more from pantomime and professional wrestling than it does any form of chaos theory, meaning that periodic outbreaks of anything unprepared are all the more infectious. The game’s narrative has become so stale and predictable and its storylines so forced and false that almost anything which stirs those silts is welcome.

Should Guardiola have done what he did? No, probably not, but that he did it anyway isn’t cause for much more than a pair of raised eyebrows. Better that, ultimately, than Nicklas Bendtner’s sponsored underwear or Tim Cahill’s commercially endorsed celebration in a recent World Cup qualifying playoff.

So maybe it’s actually welcome? Incontestably, the protection of image has become far too important in professional sport. Players are the main culprits, of course, orbiting as they do around a set of dull commercial imperatives, but managers have strayed into that territory too. The head coach is an ideologue now, not just employed to win games and select players, but to stand for something which transcends the here and now. It’s less football, more a minor religion.

Jose Mourinho is the defensive conspiracy theorist, coaching with ludicrous caution and seeing betrayal and injustice around every corner. Jurgen Klopp is the wacky free-spirit, continuously playing to his mad scientist identity with his rejection of defensive truisms and many, many gurns.

And Guardiola is no different. Everything he says or does is recorded, written down and reinterpreted at will across all sorts of mediums. And, quite understandably, he’s become aware of that. Like many of his contemporaries, he appears to tailor his public behaviour to those expectations, always scanning his environment looking for answers, always thinking, always pondering. To him, Premier League matches seem less like emotionally-charged collisions and more just a series of controlled experiments, staged for the sake of collecting crucial data to be understood and applied at a non-specific point in the future.

That may very well be who he actually is, but he’s rarely seen wandering from that chin-stroking genius archetype. Not until Wednesday night, at least. That was mania. Psychosis. Those were the actions of someone completely in thrall to a moment and, quite obviously, not having the slightest concern about what might be written or thought, or how it might affect his legacy. It was different, sincere and human.

Most importantly, it was authentic. It was a rare human moment in a world which seems too often to have been sterilised of its natural instincts. No, Guardiola’s behaviour may not have been to everyone’s liking, but to the extent that it challenged football’s growing formality and broke conventions of self-awareness, it was hardly something to object to.