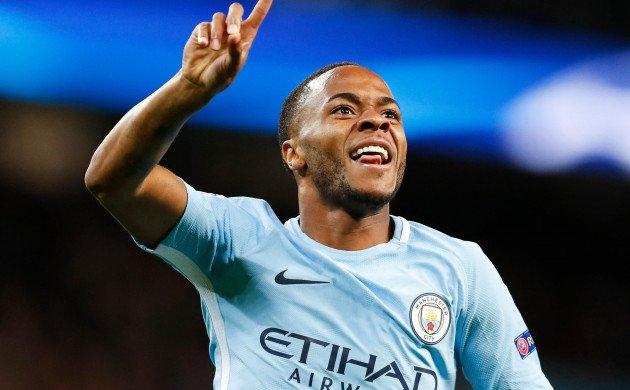 Manchester City’s season has been so good that you could pick almost any of their regular starters and write an ode to their form. Ederson has fitted in straight away and looks a very competent goalkeeper. John Stones appears to have - in the main - shed his propensity for errors. Nicolás Otamendi is no longer frequently being hung out to dry by a porous midfield. The new full-backs have settled in, and even an old left-sided central midfielder like Fabian Delph has been shoehorned into left-back and been more than fine. Fernandinho has been a rock in the centre supporting an all-star cast of attacking vigour, with no single player contributing a sub-par shift.

Creativity comes in different flavours: Kevin De Bruyne has won the hearts of most, but the chin-strokers are still “Team David Silva” and the left flank has been lit up by the scorching speed of Leroy Sané. There are goals coming from all over, but either or both of Sergio Agüero and Gabriel Jesus have been the focal point of the side and looked like the world-class strikers they probably are. Even when it looks like a game might be close, as in this weekend’s 2-1 victory over Huddersfield, it isn’t - Town had four shots all game and Ederson didn’t have to make a single save.

Along the way, a young English player is performing as well as anyone in the team and proving a few people wrong - this writer included. Raheem Sterling has long been an unfair target for criticism, mainly for aspects of his lifestyle (none of which were ever unusual for a young footballer), but there were question marks on the pitch too.

Sterling was a stellar talent even as an 18-year-old at Liverpool, performing at a level scarcely seen from someone so young as he became a key part of Liverpool’s title challenge in 2013/14, with nine goals and five assists leading to a starting berth in England’s World Cup team.

However, by 2016/17 and his second season at Manchester City, it felt as though Sterling hadn’t progressed from that early level. He was still capable of contributing, but what passed for brilliant at 18 wasn’t quite as impressive at 22. In the three subsequent seasons after his breakout year, his goal rate was never more than that 2013/14 season and his assist rate was fairly stagnant with a dip in 2015/16. He was reliable but not outstanding.

This season it looks like Sterling has become a better player. When looking at young players it’s easy to expect them to improve quickly, but the City winger only turns 23 in December; it’s entirely realistic that his improvement could take place in fits and starts. It’s not a linear process. He's not yet hit his peak age and is already on the way to realising his potential. Sterling is scoring goals at a rate of a shade over one per game, while playing for the most part as a right-sided forward.

It’s credit to his development - and possibly the influence of Pep Guardiola - that he has performed in that position; during his time at Liverpool, he was noticeably weaker when stationed on the right. In pushing him forward and allowing him to counterbalance Leroy Sané on the other flank, Guardiola has found a way to extract improvement from Sterling, and the player himself deserves huge credit for the work he's evidently put in.

It’s not a case of Sterling simply benefiting from being part of an illustrious line-up; his contributions mark him out as a vital part of the team, every bit as important as those who usually take the plaudits. His passing high up the pitch is incisive and accurate, and he remains a high-volume dribbler, effective deep inside the final third.

The best method in which an attacking player can prove their value is by increasing their goal contribution and Sterling has done that while remaining reliable elsewhere. As we move into 2018 and with a World Cup on the horizon, it looks like he will once again be a key man for his country. Only this time he might well be arriving with a Premier League winner’s medal on his CV - and even perhaps more. Sterling is delivering on his potential, and City and England are all the better for it.