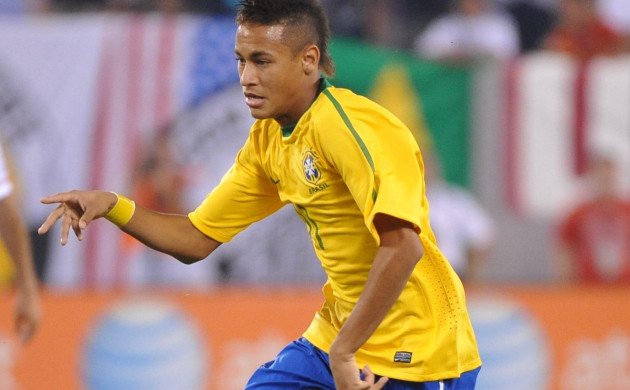 Brazil are the overwhelming favourites to top Group E, and Switzerland are fancied to beat Serbia and Costa Rica to the second slot. But the order of the fixtures has not been kind to them. Brazil and Switzerland meet in Rostov in this Sunday’s opening round. This means that the winner of the match between the other two teams will build some momentum – while a loser in the match between Brazil and Switzerland will find themselves under early scoreboard pressure. And to make matters more tense, there is an air of reunion about the clash in Rostov.

Nearly nine years ago, Brazil and Switzerland met each other in Abuja, Nigeria, in the group stage of the 2009 World Under-17 Cup. This time it came in the third and final round.

Brazil took their most hyped Under-17 side in history to the competition. Leading the attack was Neymar, already a star with the Santos senior side. Alongside him was Phillippe Coutinho – then of Vasco da Gama, but amid huge expectations already sold to Inter. Great things were also expected of some of the other members of the squad.

But Brazil needed a bizarre goalkeeping error deep in stoppage time to beat Japan. And then they went down 1-0 to Mexico. So the stakes were high when they met the Swiss.

And Brazil fell to another 1-0 defeat. In a 24-team competition, they were one of just eight sides who failed to get out of the group. Neymar, ineffective once more, was taken off with over 20 minutes to go and Brazil desperate for a goal.

It seems clear that failure in this tournament had a huge effect on his development as a player. It confirmed the experience of his idol Robinho, who many in Brazil had expected to cruise to the World Player of the Year award. Instead, Real Madrid had tried to turn him into a makeweight to secure Cristiano Ronaldo – a decision that proved to be a masterstroke.

Global football was hard, concluded Neymar. Things would have to be taken step by step. Even in 2009, clubs were trying to take him across the Atlantic. But he would only go when he was ready, which ended up being not until 2013.

So now, especially after magnificent goals against Croatia and Austria in the warm-up friendlies, Neymar is ready to take on the Swiss. Once more he will have Coutinho alongside him. And just as in that Under-17 match back in 2009, Casemiro will be in midfield, and Alisson will be in goal.

The Swiss also have survivors from the game in Abuja. Striker Haris Seferovic and midfielder Granit Xhaka both played in that match, while full-back Ricardo Rodriguez watched from the bench. Switzerland went on to win that Under-17 title.

But the priority of all underage football should never be trophies. The focus should always be on player development. Perhaps at the end of 90 minutes in Rostov we can make a judgement on which nation’s former Under-17 stars have developed best.