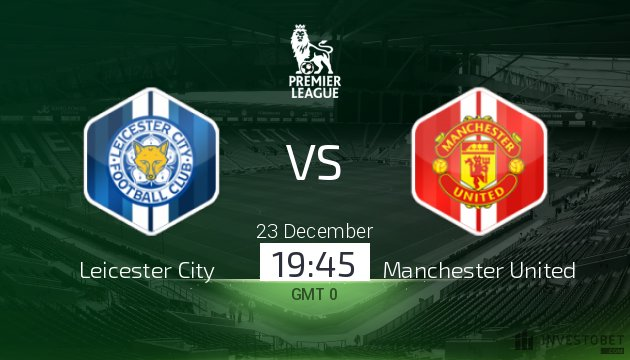 Jose Mourinho made ten changes for the midweek Carabao Cup defeat at Bristol City, but that shouldn’t deter from the sense of obligation that now rests on the Manchester United starting XI to atone for that embarrassment. The Red Devils have lost many qualities since the end of the Alex Ferguson era, but defiance in the face of adversity isn’t among them.

With a three-point gap on third-placed Chelsea going into this weekend and the four teams immediately below that facing each other, this is hardly a time for panic. United could lose this game and still reach the midway point sitting on a cushion of seven points in the race for the top four with consecutive home games to follow.

Nonetheless, it’s hard to escape the conclusion that they simply aren’t as good as you’d expect a team in their position to be, and the bloody nose they suffered at Ashton Gate does little to instil confidence heading into a busy festive period where resources will be stretched to the limit with this being the first of four games in the space of 10 days.

For those regulars who played some part against the Robins - Marcus Rashford, Anthony Martial, Paul Pogba, Zlatan Ibrahimovic and Romelu Lukaku - make that five games in 13 days. In an ideal world, with full match fitness and adequate recuperation periods, they would all expect to be prominent throughout the upcoming schedule, but their minutes will surely have to be rationed.

With that in mind, the opening 30 minutes of this game could be crucial and Leicester might fancy their chances if they can weather that early period. In their last five league outings (four wins), United have made the breakthrough on 19, 4, 25 and 27 minutes respectively, following up with a second goal within eight minutes of the restart on three occasions.

That will surely be the intention again, enabling Mourinho to manage his resources later on and keep something back. However, should the Foxes weather the initial storm, there’s ample reason to believe they can grow into the contest and ask more questions later on, which then presents Mourinho with a bigger-picture conundrum of whether to stick or twist.

Much is being made of the fact that Leicester played 120 minutes against Manchester City in midweek, but Claude Puel is a canny pragmatist and did seem fully prepared to go the distance with Pep Guardiola’s men. The Foxes sat back for much of the first half, then raised the tempo after the break, waiting an hour before introducing Rihad Mahrez, Jamie Vardy and Demarai Gray.

Besides, it also seems to have gone largely unreported that United didn’t arrive back in Manchester until 5am on Thursday morning after their flight was cancelled due to fog, resulting in an impromptu coach journey - a situation with which Leicester can sympathise. Last week, the Foxes suffered an almost identical fate when returning from Southampton.

We can never say with much certainty how these things impact on subsequent displays but, in Leicester’s case, it compounded a situation whereby Crystal Palace already had an extra 24 hours in their legs. So it’s tempting to believe that was a factor in their shock 3-0 defeat, given how uncharacteristic the performance was in contrast to four straight wins prior.

Puel might feel he has unfinished business with Mourinho and the Red Devils, having suffered Wembley heartbreak against them as Southampton boss in the EFL Cup final last February. Saints came back from two goals down to level up at 2-2 and were much the better team on the day, only to be denied by an Ibrahimovic header in the dying moments.

However, this is ultimately a game full of caveats, with both sides liable to be respectful of the threats posed by the opposition, and should City stretch their lead to 14 points earlier in the day, it might just be the point where Mourinho begins to play his cards more cautiously, looking to protect what he has rather than overstretch in pursuit of a prize he will almost certainly fail to attain.