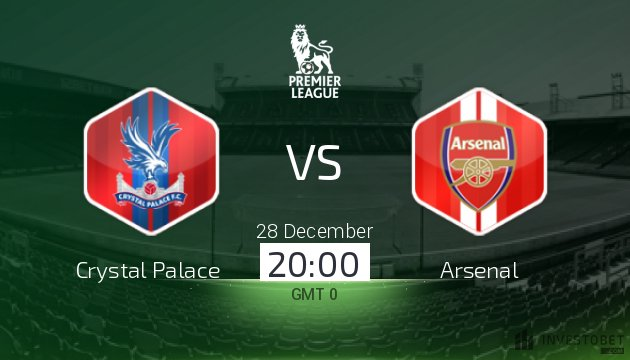 Arsenal will be looking to move back within touching distance of the top four when they make the trip across the capital to lock horns with Crystal Palace on Thursday.

Arsene Wenger’s men were held to a 3-3 draw by Liverpool last time out, an incredibly entertaining match which showcase both sides’ strengths and weaknesses. The Gunners fell 2-0 behind and looked to be heading for another loss against Jurgen Klopp’s charges, but a remarkable comeback in the second half saw them turn that two-goal disadvantage into a 3-2 lead. Arsenal were not quite able to hold out, though, with the final score meaning they have now triumphed in only of their last five encounters in the Premier League.

Even more worrying for Wenger ahead of Thursday’s clash is his team’s record away from home. Arsenal have won just two of their nine top-flight matches on their travels this term, a 5-2 success at Everton in October and a 1-0 victory over Burnley the following month, with three of those games drawn and four lost. The Frenchman will be desperate to improve that record as soon as possible, with competition fierce for the one Champions League qualification spot behind Manchester City, Chelsea and Manchester United, all of whom should get over the line.

Palace are currently on their longest ever unbeaten run in the Premier League, with Roy Hodgson’s men successfully avoiding defeat in each of their last eight encounters. The former England head coach has done an excellent job in dragging a lifeless team up the table, but the fact that the Eagles remain just two points clear of the drop zone shows there is still an awfully long way to go before their fate will be decided. There is no doubt that Palace have been performing at a much higher level in the last few weeks, though, and they have the ability to cause Arsenal problems on the counter-attack at Selhurst Park.

Santi Cazorla is a long-term absentee and appears to be no closer to an Arsenal return, while Olivier Giroud and Aaron Ramsey will both sit this one out with hamstring injuries. Nacho Monreal requires a late fitness test but should be available for selection, with Wenger perhaps tempted to move the Spaniard to left-back in place of youngster Ainsley Maitland-Niles. The Frenchman has reverted to a 4-2-3-1 formation in recent matches and will probably stick with that formation here, with Jack Wilshere set to continue alongside Granit Xhaka in the engine room. At the top of the pitch, meanwhile, Alexandre Lacazette will lead the line ahead of Mesut Ozil and Alexis Sanchez.

Palace will be without Mamadou Sakho (calf), Tim Fosu-Mensah (hamstring), Joel Ward (groin), but Damien Delaney could be in contention for a place on the substitutes’ bench after undergoing surgery in the last few weeks. Christian Benteke is available for selection once more following a one-game suspension, with Andros Townsend set to move back out wide as the Belgium international returns alongside Wilfried Zaha up front. James McArthur will probably be the man to make way for Benteke, with Yohan Cabaye and Luka Milivojevic continuing in the centre of the park.

Given Arsenal’s struggles on the road this term, it could be worth backing Palace to pick up a point on Thursday night. Goals for both teams is another tempting bet given the two sides’ defensive vulnerability, while Ozil could be a good choice to find the back of the net anytime.