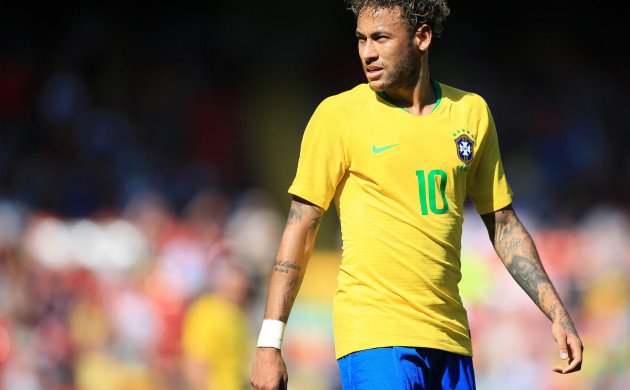 This time, it’s personal. 2014 was a landmark moment for the Selecao, and since then it has seen Brazilian football almost reborn. They come into this bout in Russia with all the intent to make a major run for the title.

A squad loaded with quality and, more importantly, balance should make sure they go far in 2018. Brazil might be missing players like Dani Alves and some might laugh when they see unheralded names in midfield such as Paulinho and Renato Augusto. They are key to the balance of this rebirth, though, with every place merited.

They are finally a squad again with some purpose. The long-gone days of counter-attack Brazil under Dunga are dead, and the zombie side that shambled through the 2014 World Cup is also gone. New coach Tite brings a very interesting balance and a squad that has been picked on importance and form, not names.

For that reason, the names in the squad have all the more opportunity to go and flourish. Unlike the previous two World Cups, this side feels both less constrained and more balanced at the same time.

Not too many to mention, really. They might struggle with pace if Marquinhos isn’t playing in the back two, but other than that it’s hard to call too many weaknesses with this Brazil side.

While every player is well known in this team, we reckon that Roberto Firmino will build on an outstanding 2017-18 with Liverpool en route to a tremendous tournament.

Easily one of the most reliable European nations of the last thirty or so years for tournament appearances, Switzerland are back. Their interesting blend of craft, guile and experience will make sure that they offer stern opposition for anyone that they play.

They have some very interesting and established names, including Arsenal pair Stefan Lichtsteiner and Granit Xhaka, but also boast some new names set to explode onto the scene in the best way.

For the Swiss, the usual strength is their tactical fluency and their versatility. The team is loaded with pace, and they have a very interesting line-up that can easily play in numerous fashions. Steven Zuber is a player to watch, and his combination with the full-backs, Lichtsteiner and also Ricardo Rodriguez, give the Swiss their usual overall competence.

However, one thing you would say about this team is they lack experience in key positions. Manuel Akanji is a wonderful defender, but he’s new to the international scene and only joined Borussia Dortmund in January. They could find that their profligate forward line might haunt them once again, too.

For us, the best player to watch in the Swiss team is Denis Zakaria. Outside of the likes of Xherdan Shaqiri, he’s a proper livewire. The Borussia Monchengladbach midfielder is a fantastic midfielder, and should definitely find bigger opportunities on offer than what the Foals can offer at present after this tournament.

As one of the ‘other’ nations to come from the Central and Northern American route, Costa Rica are another interesting prospect. They come into this tournament with some very similar players to last time, though some of the younger players are a bit older. They should offer a bit more pace and direction than last time, but they should be able to contest for a place in the knockouts.

The fact that they are expected to be similar to last time out is a bit of a bonus. With the add-on some youth and the improvement of some players like Celso Borges, they should be able to play a bit more football than last time.

The mean problem that they likely face is overcoming what was a miracle last time. The incredible nature of their 2014 World Cup run, reaching the quarter-finals and matching a continental best performance at the tournament, is nearly impossible to overcome.

No matter what Costa Rica do – especially in a very tight and balanced group – they are probably going to find it hard to do enough to beat last time.

The introduction of Marco Urena changes things, too. The San Jose Earthquakes forward is a great little player, offering blistering pace when attacking and a really direct mind-set on the ball. Costa Rice often lacked that kind of energy last time out, and should find his introduction to attack very useful.

If there is one thing that you can say about Serbia this time around, it’s that the problems of the past are gone. Often a side who reach tournaments amid unrest and in-fighting, Serbia rock up to Russia looking good for once. With a young side that’s far removed from the duller outfits of the past, Serbia should make a telling contribution to this World Cup.

They could easily be able to get out of this group, despite the relative balance. With a lot of quality on the ball and no shortage of belief in their young players, Serbia could finally make good on a long-term host of talent the nation has produced.

The squad is busting with players about to announce themselves on the world stage. Sergej Milinkovic-Savic of Lazio is by far the most interesting, a real titan of a midfield player, but alongside him is a host of more energetic talents.

Marko Grujic, Luka Jovic and Andrija Zivkovic all are about to take that all-important next step to prominence in Russia.

However, that youthfulness – like a few other sides – could derail them before they begin. The fact they are under a caretaker coach in Mladen Krstajic is a bit of an issue, too, and means that there’s nothing like the same understanding as some other sides have.

For us, the one to watch has to be Milikonvic-Savic. He is the star and their enigmatic, talismanic fulcrum despite only recently breaking into the side at 23.