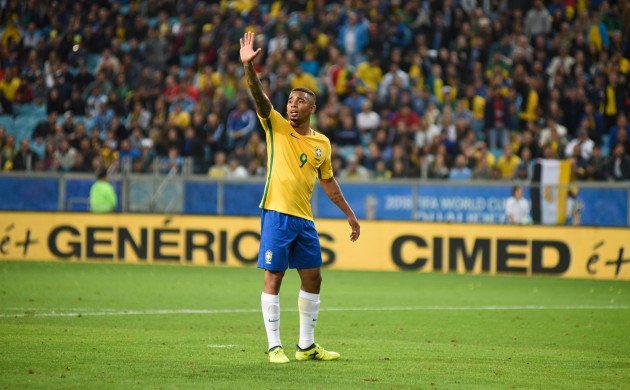 Why Gabriel Jesus, not Roberto Firmino, will be Brazil's starting striker in Russia

In the press conference when Brazil coach Tite named his World Cup squad, a local journalist asked him about the centre-forward position.

The two strikers on their way to Russia are Gabriel Jesus and Roberto Firmino. Jesus had been first choice for Brazil, but Firmino had enjoyed the better club season. Did that mean that the Liverpool man had overtaken the Manchester City starlet in the race for a place in the starting line up?

Tite gave a logical and coherent reply. In the context of the national team, Jesus had performed better and he would begin the World Cup build up as first choice. But the quality of Firmino’s performances had been noted. He was putting pressure on Jesus, and this type of healthy competition for places was entirely positive.

Firmino was unable to use the final of the Champions League to add to that pressure. Along with his team-mates, he might a bright start against Real Madrid. But the shoulder injury that forced Mo Salah to leave the field had an emphatic impact on the game, and on Firmino. The Brazilian No.9 was rarely seen for the rest of the game. Without the pace and threat of Salah to open up space, Firmino was comfortably contained by the Real defence. There is now not the slightest doubt that Gabriel Jesus goes into Russia 2018 as Brazil’s centre-forward. The position is his to lose.

Jesus is strongly identified with the reign of Tite. Centre-forward had been a problem position for Brazil for some time. Four years ago, Fred had a torrid time leading the attack on home soil – and, somewhat bizarrely considering the scoreline, the crowd turned against him as Brazil sank to that extraordinary 7-1 semi final defeat by the Germans.

For the next two years no obvious replacement appeared. And so, for Tite’s first game in charge – a crunch World Cup qualifier away to Ecuador – the new coach decided to gamble. He took a chance by handing a senior debut to a teenage Jesus. For 70 minutes it was not an outstanding success. But the game seemed to be drifting towards a draw, a result that Brazil would have been happy with.

Jesus had spent most of the match wandering into offside positions. But suddenly, with 20 minutes to go, he came to life. His pace saw him latch on to a bad back pass won a penalty, and then right at the end he scored two outstanding individual goals. Brazil won 3-0, and the Tite era was off to a flying start.

They have retained the momentum of those last 20 minutes ever since – up to their last game, a 1-0 friendly win away to Germany, courtesy of a Jesus goal. Jesus, then, has all the merits to lead the Brazil – and Firmino is a first-class reserve.

But does that leave the forward line a little lightweight? It is a concern – one that was raised by local journalists in the press conference.

It is one that appeared to worry Tite a few months ago. Back in March, when he named his squad for matches against Russia and Germany, he brought in a couple of new faces – and their inclusion seemed made to measure to answer a basic question; who could Brazil turn to if they needed a goal against a tight defence in the closing stages of a game?

In came Willian Jose of Real Sociedad, a targetman centre-forward with considerable physical presence. And also included was attacking midfielder Anderson Talisca of Besiktas, with Tite drawing attention to his capacity to shoot left-footed from distance, and to ghost into the box and use his height to head the ball.

Neither managed to get on the pitch in those friendlies back in March. Neither made it into the 23-man World Cup squad. And, it appears, neither is even on the standby list. Brazil’s back-up list of 12 does not contain a single out-and-out striker. Admittedly, this is not definitive. In case of injury, Tite can bring someone into the squad who has not been placed on the standby list.

It seems clear, though, that the coach has total faith in the duo of Jesus and Firmino. Or, at least, he had total faith at the time he called up his squad. But bearing in mind the lack of impression Firmino made against Real Madrid when Liverpool were forced to chase the game, Tite may even be feeling slightly concerned at the lack of more physical alternative to bring off the bench for the last 15 minutes.