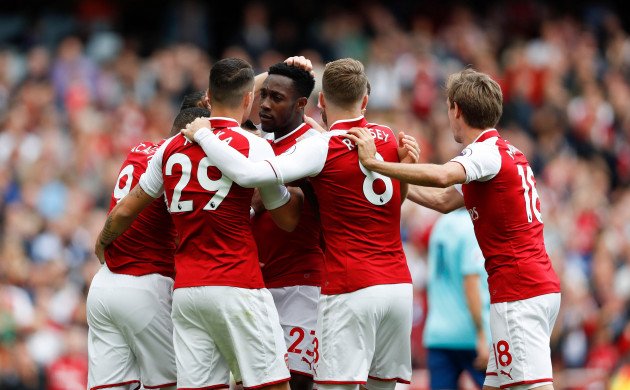 Which of the big six is best placed to rotate their squad ahead of the festive period?

December has arrived, and once more the Premier League departs from most of Europe by inflicting a heavy schedule on its teams. After last weekend kicked things off, a further six Premier League gameweeks are to be fitted in before the year’s end. A round of European fixtures adds extra workload for those involved and of the big six only Tottenham and Liverpool are spared the quarter-finals of the League Cup too. That means eight or nine games in a maximum of 30 days, plus a Christmas party, gift shopping, visiting the family and all the normal things that make December busy for the rest of us. Who'd be a footballer?

What is certain is this heavy workload - at least by comparison to other parts of the season - often causes wear and tear on a squad, and not just because of the volume of games. Colder weather and the cumulative workload of the first part of the season can impact too, and we often find injury rates spike as we move through the early winter weeks. Pure luck will be a huge influencer as to whether it's a star player or the last reserve who's the one that pulls a hamstring but we can try to evaluate how well set teams are for a tough stretch.

Take Arsenal’s attack. Ignoring their issues with longer-term planning and the problems of replacing Alexis Sánchez and Mesut Özil, for this season they look to be in a good position. If we presume the two wantaway stars and Alexandre Lacazette are Arsenal’s first-choice attackers - and each is entering the winter schedule with a light club workload so far this season. Wisely, none of the three have been sighted in the Europa League, and Sánchez and Özil each have around 900 club minutes logged and Lacazette 1000. Is that a lot? Not really. If we consider Romelu Lukaku has 1800 minutes of club football in his legs this season, then Arsenal’s key attackers are heading into a busy period with comparatively fresh legs.

The lack of Champions League football has enabled Arsenal to adjust their team selection this autumn, but it has also meant that their back-up attackers have found game time too. Players like Olivier Giroud and Alex Iwobi are probably heading into the winter feeling underused, but have had match time and will likely be vital to help Arsenal cope with the heavy schedule.

Tottenham’s situation is different. If we look at their main three starting attackers, Harry Kane, Christian Eriksen and Dele Alli, each has racked up significant starting time already. Kane and Eriksen have both played over 1600 minutes just for their clubs (and add in Eriksen’s starring role in driving Denmark to the World Cup); while Alli missed early Champions League games through suspension, he’s played nearly constantly outside of that and has logged a still high 1400 minutes. That’s a serious workload, and Spurs are without obvious depth to rotate.

Fernando Llorente hasn’t convinced as a late game option let alone a starter within Tottenham’s system, while the return of Érik Lamela as an attacking option has been long awaited and finally adds another option for creative roles behind Kane beyond just Alli and Eriksen. Son Heung-min is the one other player who has a decent claim to an attacking starting role and hasn’t played quite so frequently: he’s down under 1000 minutes. Quietly, Tottenham have struggled with small injury problems this term - Kane came back quickly from injury just recently and is perhaps still not 100 per cent - and the inevitable drop in quality between their stars and back-ups has been apparent.

Liverpool appear to be one team who have learned from problems they had in this area in previous seasons. While Roberto Firmino and Mohamed Salah have played 1500 minutes or more in 2017/18, injuries (and a transfer saga) mean Sadio Mané and Philippe Coutinho have less than 1000 minutes to their name.

The biggest indicator of Jurgen Klopp's acceptance of rotation came three games ago, in the 1-1 draw with Chelsea. Alex Oxlade-Chamberlain and Daniel Sturridge both played from the start. The next game at Stoke saw Dominic Solanke and Oxlade-Chamberlain selected again, while Mané stayed on the bench against Brighton. This time last season they lost to injury the form player in the league in Coutinho, while Mané’s trip to the Africa Cup of Nations followed in January and the balance of the side was upset and results declined. From the outside it appears that Klopp is adapting - and not before time.

None of this takes into account something we don’t know: the fitness schedules each team deploys with a view to peaking at the right times across a season. Alli could well be a case in point. He has three league goals so far this season, the same amount he had at this stage last year. By season’s end he had scored 15 more goals, while Tottenham’s strong run that secured second place was based on the electric form of their attack after the New Year. They appeared stronger as the season went on.

The old cliche is that trophies aren’t handed out in the middle of the season and every club needs to get the most out of their players from August through to May. Rotation through busy sections of the season will always create consternation among fans if the results don’t follow, but it is essential to keep a squad fresh. We’re about to see plenty more of it too.