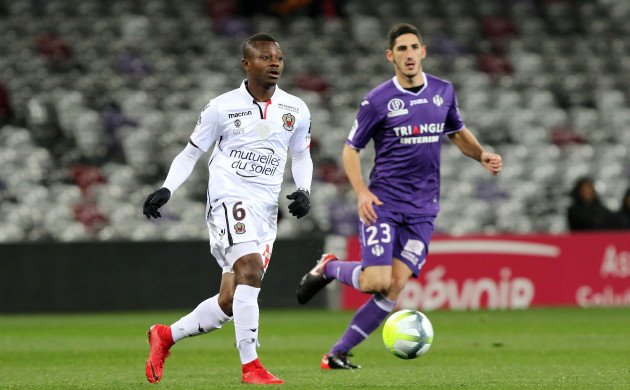 Tactical analysis: Why Jean Seri will be a target for major European clubs in the summer

Wanted by Barcelona and Paris Saint-Germain last summer, and subject of reported interest from Manchester United and Manchester City during the mid-season transfer window, few would have predicted that Jean Michaël Seri would still be a Nice player at this juncture.

But whatever the reasons prospective suitors had for deciding against firming up their interest in the midfielder, Nice stand to gain from the 26-year-old remaining at the Allianz Riviera, however temporary his stay in the south of France may prove to be.

Seri signed for Les Aiglons from Paços de Ferreira in the summer of 2015, picked up for a fee in the region of £1m. He was initially brought in to fulfil a defensive midfield remit, but it quickly became apparent that the Ivory Coast international offered too much in the opposition’s half to be restricted to such a role.

Last season was a breakout campaign for the diminutive playmaker. Overcoming the loss of star attacker Hatem Ben Arfa to PSG, Nice regrouped and returned stronger, finishing third in Ligue 1 and booking their place in the Champions League qualifying rounds. And Seri was at the heart of their surge up the table.

Given the freedom to collect the ball in deep areas, link with team-mates and roam forward at will, Seri caught the eye with his touch, awareness and vision. His seven Ligue 1 goals and nine assists evidenced his influence in the final third, while a combined tackles and assists per 90 average of 2.1 showed his ability to break up play.

As word spread of Seri’s gifts, interest grew from elite clubs around the continent. For a while a Barcelona move seemed a certainty, and Camp Nou legend Xavi admitted he’d become enamoured with the Ivorian – as one of the greatest midfielders in football history, praise comes from no higher station.

"When I was told that a player from Nice was called the 'African Xavi', I followed him very closely," Xavi told Le Parisien in August. "I didn't know [Seri] and I was entranced.

"I'm not used to seeing such talent in midfield any more. The short game, long game, tactical intelligence, long-range shooting, personality, organisation of the play... Madre mia! He would do so well at Barça. He can play anywhere in the middle. He is fantastic. He has what they call the Barça DNA. No doubt."

Whether it’s at Barcelona or elsewhere, Seri has all the tools to succeed in an elite side, possessing many of the attributes required of a top-level modern midfield player: he is technically skilled, athletic and, owing to his short-distance dribbling ability and upper-body strength, press resistant.

As a roaming playmaker, Seri is heavily involved in the construction of Nice’s attacks, averaging 93.4 passes per 90 minutes – more than any Ligue 1 player bar PSG duo Marco Verratti (104.8) and Thiago Motta (103) – picking out a colleague with 90.3 per cent of his attempts.

The above image, taken from a recent game against Monaco, shows Seri’s ability to carry his team forward while constantly on the lookout for open space. Receiving the ball deep in central midfield, he plays it wide to the advancing full-back and moves up the pitch as Nice progress.

He then holds his forward movement for a heartbeat to create space for himself to receive the ball once again, before threading through multiple opponents to find Mario Balotelli in attack, playing the Italian striker through on goal to score.

This time, from a Champions League qualifier away to Ajax earlier this season, we see how Seri can be dangerous when breaking ahead of the ball. After playing a pass wide to the right, the 26-year-old identifies open space in behind the Eredivisie side’s backline and makes his move.

Cutting through the heart of the Ajax defence and bending his run towards the corner of the six-yard box, Seri makes the return pass possible with his smart run.

From there, already knowing what he will do before he ball reaches him, Seri shows his inventiveness by playing a back-heel across the face of the six-yard area, picking out the run of Vincent Marcel, who then has an easy finish.

In addition to his influence with the ball high up the pitch, Seri’s recovery skills also extend deep into the opposition’s half. The Ivory Coast international is adept at nipping counter-attacks in the bud from close to the source, winning the ball back high up the pitch and keeping his side in dangerous zones.

We see these skills in full effect above. As a Nice attack breaks down, Metz look to break forward by working the ball through midfield. But before the initial pass reaches its intended target, Seri is on the move, quickly closing down the receiving player and cleanly winning possession.

Then, he has the wherewithal to get his head up and survey his options, picking out a team-mate with an exquisite, outside-of-the-boot pass, keeping Nice camped within the attacking third.

In typical fashion, Seri follows his pass and makes himself available to the man in possession, linking play on the edge of the box with snappy, one-touch passes.

Some may consider his lack of height a concern when weighing up Seri’s suitability for a move to a more physical league than the French top flight, but the Nice star can hold his own in challenges and has the intelligence to win the ball without getting his shorts dirty.

Reportedly valued at around £35m, it is a wonder that no major side has snapped him up yet, but it is surely only a matter of time before Seri is pulling the strings in at one of Europe’s biggest clubs.