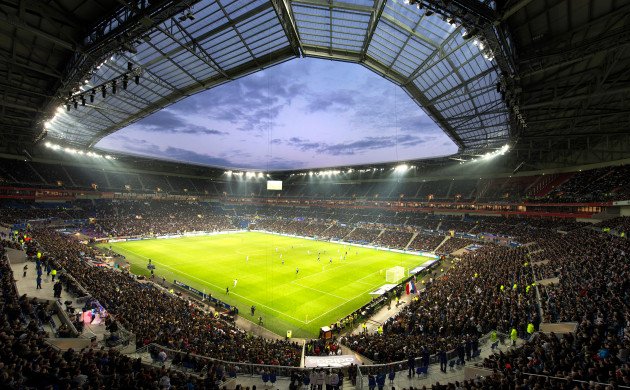 Tactical analysis: Why Houssem Aouar could be the man to replace Iniesta at Barcelona

Lyon’s youth academy has been one of the most consistently productive in Europe over the last decade, producing first-team stars who eventually go on to reap a fortune for the club when sold.

Anthony Martial, Samuel Umtiti and Alexandre Lacazette, to name but a few, all developed in Lyon’s under-age ranks and now star for major clubs around the continent, while Jordan Ferri, Mouctar Diakhaby and superlative No.10 Nabil Fekir all currently feature prominently for the club having progressed through the academy. When one home-grown prodigy is sold for a hefty profit, another invariably steps up to take their place at Groupama Stadium.

The €40m sale of dynamic box-to-box midfielder Corentin Tolisso to Bundesliga giants Bayern Munich in the summer, however, appeared to leave a gaping hole in Lyon’s middle third, with no obvious remedy.

But those who feared the loss of the versatile and dependable France international midfielder had not counted on the rapid development and first-team readiness of 19-year-old playmaker Houssem Aouar.

Aouar, a France Under-21 international of Algerian decent, made his senior bow towards the tail end of the 2016/17 campaign, and is shining as a regular feature for Bruno Génésio’s men this term. Settling most recently into a central midfield berth in a double pivot, the teenager has shown his adaptability by producing stunning displays on the left wing or as part of a midfield three.

In a side which lost leaders in the form of Tolisso, Lacazette and Maxime Gonalons over the summer, Aouar has needed no babying, taking an impressively active and responsible role in all phases of his side’s play.

Despite standing at just 5ft 7in, the youngster has embraced the more physical side of senior-level football, making more successful tackles on average (3.2 per 90 minutes) than any of Lyon’s other regular midfielders, while also demonstrating an ability to break up play through sound positioning and anticipation with 1.2 interceptions per 90.

But it is with the ball at his feet when Aouar shines brightest and stands out as a truly exceptional talent. Of all the Lyon players with more than 300 minutes of Ligue 1 action under their belt this season, only centre-back Marcelo (60.6) is averaging more passes per 90 minutes than Aouar (57.5). Génésio clearly recognises the youngster is unafraid to take responsibility for his side's progression through midfield when deploying the Lyon-born playmaker in a deep role, and the statistics back this assertion up.

With an average completion rate of 84.7 per cent, Aouar is tidy in his distribution and links nicely with those around him, but he is no stat-padder: he is adept at breaking the lines of the opposition and conjures chances at a rate of 1.2 per 90 through incisive forward passes.

In the above image, taken from Lyon’s recent 5-0 thumping of Nice, we see Aouar’s ability to quickly take his team upfield and create a scoring chance from what initially appeared a relatively innocuous situation.

He collects the ball deep in midfield but his first thought is to look forward, making a split-second analysis of the movement ahead of him.

Spotting the run in behind of rapid former Real Madrid striker Mariano Díaz, Aouar perfectly calibrates a defence-splitting pass into the No.9’s path. Keeping the ball just out of reach of the covering defender, the weight of Aouar’s pass enables Mariano to take the ball in his stride and shoot first time.

Here, we see the destination of Aouar’s superb assist, inviting an accurate, low finish from Mariano.

It’s not only in deep midfield zones where Aouar is effective, though. Especially when fielded as part of a three-man midfield, the young Frenchman knows when to pick the right moment to break ahead of the ball, intelligently exploiting holes in the opposition’s rear guard.

Above, we see Aouar in an advanced position. Having identified a pocket of space in the inside-right position, the teenager signals to the man in possession, letting him know where he expects the ball to be played.

By the time the pass arrives, Auoar has once again surveyed his options and knows his next move: sliding the ball across the face of goal to once again provide an assist for Mariano.

A gifted creator, Aouar is also able to apply his superb striking technique to score. With four goals to his name so far this term, the 19-year-old’s cool finishing technique is evidenced by the fact he is outperforming his expected goals (xG) for the season by 1.24 in Ligue 1.

Here, in Europa League action against Everton, we see Aouar wander into space on the edge of the Toffees’ penalty area, hanging back in the open acreage, resisting the temptation to break forward into the box where he could get crowded out.

Picked out by Fekir, he sends a delicious curling strike into the bottom corner from 20 yards, demonstrating excellent shot selection in eschewing a powerful, driven effort in favour of a carefully measured finish.

Of his vast array of attributes, it is Aouar’s dribbling ability that most catches the eye and marks him out as being among the brightest midfield prospects in Europe. Matching Fekir for take-ons completed per 90 this season (3.8), the teenager’s propensity for protecting the ball in tight situations and gliding away from opponents is a huge asset to Lyon, relieving pressure on the side when pressed.

Much like Mousa Dembélé for Tottenham and Naby Keïta of RB Leipzig, Aouar’s ability to roll or weave away from pressure in midfield – utilising clever body-positioning to guard the ball and feints and quick footwork to wriggle away from challenges – means he is always a willing recipient of passes, even when covered, and is able to play through the opposition’s press and transition quickly from defence to attack.

With such a well-rounded skill-set at such a young age, it is no wonder that Barcelona are reportedly eying Aouar as an eventual heir to the great Andrés Iniesta in the Camp Nou midfield. If history is any indicator, Lyon will resist all advances until their asset’s value peaks, by which point Aouar might prove a very difficult man to replace, no matter how prolific the club’s academy continues to be.