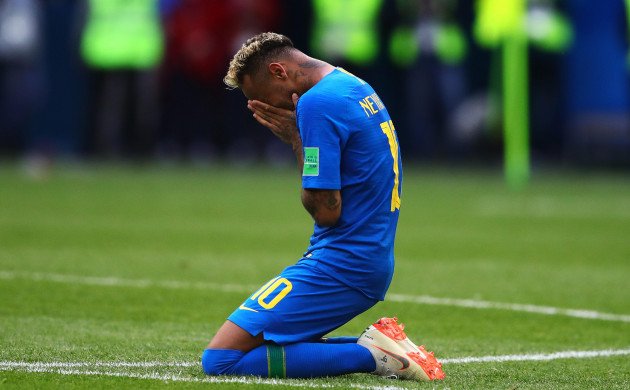 Nearly eight years ago, in September 2010, Neymar threw a massive tantrum in a Brazilian league game. Just 18, he was already a star with Santos – many in Brazil had called for his inclusion in the 2010 World Cup squad. But he had missed a few penalties, and so when Santos were awarded a spot-kick against Atletico Goianiense, coach Dorival Junior refused to let him take it.

Neymar went berserk, launching a tirade of abuse at Dorival and refusing to let the game continue. The rival coach was appalled. Rene Simoes has been around the block. He took Jamaica to the 1998 World Cup. “I’ve always worked with kids," he said after the game, “and I’ve never seen anything like this. It’s time someone tried to educate this lad, or else we’re creating a monster.”

Dorival tried. He gave Neymar a two-week suspension. But there was a problem. During this period, Santos would play Corinthians, their historical rivals. The Santos president decided he would rather have the star player than the coach. Dorival Junior was sacked. Neymar played.

That special talent that he has means that Neymar is frequently indulged. And now Brazil coach Tite is in danger of indulging him once more. The coach has got himself in a tricky position by arguing in the post-match press conference that the VAR aided decision was wrong, and that Neymar should have been awarded a penalty against Costa Rica.

Diving is endemic in Brazilian football. Neymar, though, takes it to extremes. After that game against Atletico Goianiense back in September 2010, Rene Simoes commented that “we should compile a dossier on the number of times that he dives.”

Neymar is not an old-fashioned street footballer, growing up in the hard, informal environment where the only rule ever enforced is handball and where slightly built, skilful players have to learn to ration their tricks. Instead, Neymar has been hot-housed through the organised atmosphere of futsal. There has always been a referee present, and his style of play is entirely dependent on the presence of a referee.

His self-defence mechanism is to go to ground. Like all skilful players, he is much, much more sinned against than sinning. Every time he takes the field, opponents are out to stop him – by fair means or foul. Being on the end of such attention inevitably breeds a certain cynicism. But in the case of Neymar it seems to go further. He appears unable to distinguish between the fair and foul means used to stop him. He attempts to rewrite the codes of football and turn it into a non-contact sport. He appears to believe that any contact on him is a foul, and a pretext for his extravagant dives. And any referee who thinks differently is also likely to become a target for one of his tirades.

This is the problem of Tite backing him up in the press conference. It is to be hoped that the coach said something different to the player in the privacy of the dressing room. If not, then he has given the green light for more diving – and whatever the ethical implications of this behaviour, it is frequently counter-productive.

First, Neymar wasted a perfectly good shooting opportunity with his attempt to con the referee. Second, when he goes looking for fouls he usually slows down the rhythm of his own team’s possession. Third, his antics usually raise the emotional tone of the game to dangerous levels, often causing him to lose focus. Fourth, he is then also prone to losing his temper – and he is already on one yellow card.  Opponents will target his short fuse – and another yellow card against Serbia will force him to miss Brazil’s first knock out game.