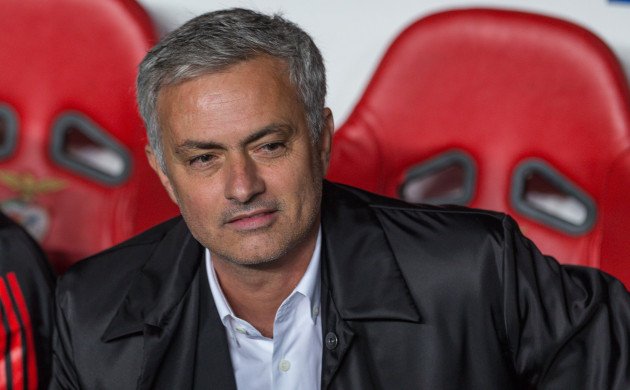 Even against Manchester City, Manchester United will struggle for neutral support

Local football exists in a vacuum. This weekend, the Manchester and Liverpool derbies converge on the same day, meaning that we should brace for an avalanche of cliches. We’ll be told that it matters more in those parts of the country than it does in our own and that it’s a rivalry that the rest of us just can’t understand.

And, actually, they’ll be right. Derbies are often scrappy and intense and the promised blood and thunder tends to manifest only as urgent ugliness. It’s true: these games are only for the invested.

Still, most fans will tune in and lean gently in one direction. That’s especially true in respect to Manchester City’s game with Manchester United, with its contrasting idealogue managers and many polarising players. Neutrals may never truly root for one team over another, but most people who tune in to watch will do so with a preferred result in mind.

Earlier in the week, a conversation in Football365’s mailbox circled around this very problem. City, it was proposed, were so far ahead in the Premier League that a United win should be seen as a victory for competition. If Jose Mourinho could somehow sugar the gas tank of Pep Guardiola’s vibrant and all-conquering attack, that would be a victory for the non-partisan.

It actually makes sense. United are also the underdog and the British psyche should respond to that. Mourinho has assembled a very expensive team, but one which remains inferior to its rival across the city.

And, of course, there’s the issue of City’s history. The Abu Dhabi Group’s purchase and reanimation of the club may not have been quite as brazen and vanity-driven as those which occurred at Chelsea, Paris Saint-Germain and Monaco, but they are still a long way from a traditional success story. In spite of the artistry within their football and the charm of their movement, their modern identity is a financial creation.

And yet wanting United to succeed still feels reflexively wrong. Decades before Mourinho walked through the Old Trafford doors, lugging his conspiracies and excuses with him, United were relentless. It was assumed, however, that once Sir Alex Ferguson departed and a decline began soon after, the teams that they had spent the last two decades treading over would have their day. Not revenge, as such, but at least a form of parity. United were never likely to sink out of trace, but the hope was that they would become a second Liverpool: a club with an overwhelming sense of self, but a team who are always beatable.

There has been a downturn, but not in any satisfying way. Ferguson built his legacy and United’s modern reputation at a time when Premier League visibility was growing dramatically and when, as a result, commercialism was metastasising at an astonishing rate. The effect was a fireproofing of that success. The bounties from that era have been so rich and the club’s revenue streams have been so well developed that even multiple failures to qualify for the Champions League haven’t forced a checking of the stride. Enormous contracts were still awarded and paid, vast transfer budgets continued to be allocated and spent, and United were still able to behave like the biggest bully in the playground.

Chelsea have won the Premier and Champions Leagues more recently, but remain economically inferior. Arsenal’s unbroken sequence of top-four finishes (which came to an end last season) seems barely relevant. Even progressive teams like Tottenham, who have performed at a higher level than United for the past three years, have been easy to swat away within the space of a single transfer window.

It’s bitterness talking - of course it is - but the perception remains that over that period they became immune to the game’s cyclical nature and, as a result, never had to suffer through any real decline. The post-Ferguson dysfunction didn’t come with any consequences: players didn’t demand to leave (as they would have done at other clubs) and their transfer reach wasn’t noticeably shortened. The organisational swagger and blanket media coverage remained, too, existing independently of performances on the pitch and leaving the world increasingly fatigued.

The overall effect, tenuous as it might sound, is the undimmed resentment of Manchester United. That 1990s/2000s antipathy unquestionably grew from jealousy, but nothing which has happened since has quelled the anti-United instinct. Accepting them as an underdog or common cause still feels as unnatural as it ever did and, even when measured against Manchester City’s purchased status, they remain a natural enemy of the neutral.

Contrary as it seems, most supporters would appear to prefer a less competitive league than to find themselves, however briefly, in Manchester United’s corner.