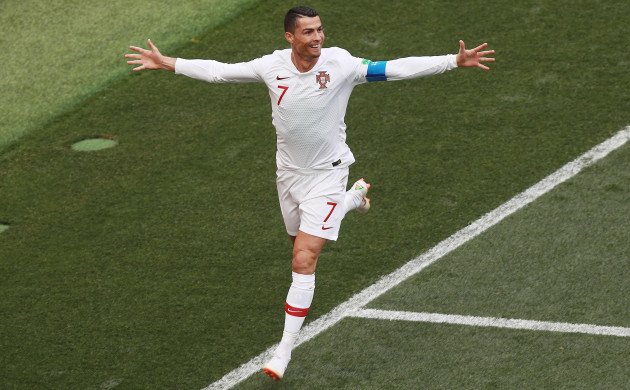 Could Portugal go all the way at this summer's World Cup?

And so the trend continues. For the third time in the last four World Cups, the holders exit at the group stage. Brazil were the last team to defend their title in 1962 which begs the question: are there any lessons to learn from that achievement?

This was a different time when the rigours of the club game were less. The tournament was smaller in those days too. There were only six games compared with the seven of today. Logistically, though, travelling was more arduous and time-consuming. The world was a lot bigger. Teams also knew a lot less about one another. There was none of the intense video analysis and statistical breakdowns players endure in meetings today. The element of surprise was greater.

How did Brazil do it then? It wasn't as if they depended on one player. Pele was recognised as the best in the world but suffered an injury in the Seleção's second game against Czechoslovakia and was ruled out for the rest of the tournament. Brazil won without him. Other than that, though, the first team in the 1962 final was more or less the same as in 1958. There was a different centre-back pairing and Amarildo replaced Pelè as Vava's partner up front. So much for being too loyal to a core group of players, an often raised issue whenever one of the holders bombs out of the competition.

The squad had a fresh look to it. There were eight new faces in total. But Brazil used only 12 players all tournament. What about a change of manager, then? The architect of Brazil's first ever World Cup triumph, Vicente Feola, was not on the sidelines four years later in 1962. The temptation is to conclude Aymoré Moreira stopped things from going stale. Even if the players were issued with the same old instructions, at least they were delivered by a new enough voice to keep them interested.

More recently France followed up winning the 1998 World Cup with victory at Euro 2000 under Aime Jacquet then Roger Lemerre. Spain did the same double, in reverse order, at Euro 2008 and then the World Cup in 2010 under Luis Aragones and later Vicente del Bosque, who successfully defended the European Championship his predecessor won. Evidently sustaining a winning environment into a fourth year is hard, more so if the same figurehead remains at the helm.

It evokes the rule Bela Guttman lived by, which considered the third season to be "fatal". Perhaps it applies in international football as much as it does in the club game despite spending a lot less time together. Never underestimate how intense major tournaments are and the speed with which relationships can strain in a four-week training camp.

After achieving success, it feels like managers have a two-to-three year window before it all goes to the dogs. The buzz of having accomplished something great together is still yet to wear off. It has yet to be taken for granted, which is perhaps why the victors of the Confederations Cup are cursed. It's a tipping point in terms of mood. A second-string Germany team winning in Russia last summer sent a message to the world about their depth. It perhaps subconsciously led the players included in the World Cup squad into thinking qualification for the knockouts would be a piece of cake.

Brazil remain favourites but, mindful of this particular dynamic, Portugal perhaps deserve greater consideration. Regarded as "outsiders" and nothing more, the reigning European champions now have an uphill task after a draw against Iran landed them on the "wrong" side of bracket. Had the referee not granted Team Melli a dubious late penalty things might have been different, although for the record Cristiano Ronaldo missed an earlier one to settle the game and should have been shown a red card.

It's never easy against Portugal. Excluding penalty shoot-outs they have only lost one of their last 17 games at major tournaments. Cristiano Ronaldo looks as if he is playing for the fun of it, the pressure eased by delivering Portugal their first ever international title two years ago, not to mention his acceleration in racking up multiple Ballon d'Or and Champions League wins in recent years.

New blood is flowing through this squad in the form of 10 players who weren't a part of Portugal's triumph in France. The centre-backs are old, but so are Brazil's and this team knows how to get the job done and hold its nerve. For all of Ronaldo's perceived narcissism he clearly doesn't mind winning in the ugly manner Portugal did at Euros with just one win in 90 minutes. If Ronaldo's partnership with Andre Silva catches fire like it did in qualifying, who knows what damage they could do.

"We were simple as doves, wise as serpents," Fernando Santos said after overcoming France. His team remain canny operators and recent history suggests they perhaps shouldn't be discounted.