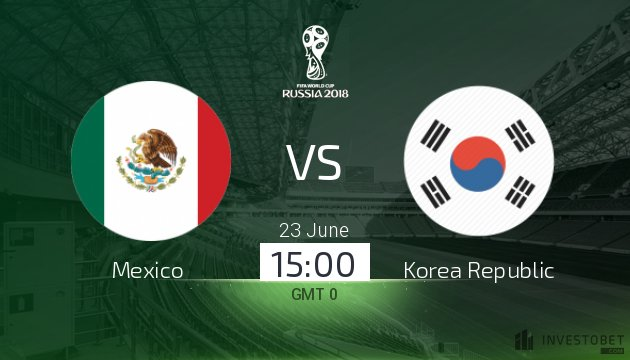 This is a very interesting tie: South Korea know that anything like their first game performance will see them out. Mexico know that a win more or less puts them through barring a disaster. So, who will come out on top?

South Korea are now in a tough spot: they were truly awful against Sweden, and must win. Ki Sung-yueng performed well, as did Cho Hyun-Woo. Other than that, there’s little that can come from the Sweden game other than frustration.

If they want to make it out of the group, they now need to beat stronger opponents in Mexico and in Germany, which seems unlikely.

From the amazing form of Hirving Lozano in the first game to the brilliant performances of Jesus Gallardo and Guillermo Ochoa, Mexico look really up for this tournament. They took Germany apart, yet might struggle against a more stoic and defence-minded Korea side.

They lack anything other than full 100mph football, so Mexico’s biggest fear will be turning this into a game they cannot control. If they are to win here, they’ll need to exercise more patience.

We expect Mexico to win: South Korea looked among the weakest teams in the tournament in their opener, barely registering an attach worth mentioning. We cannot see them rising to form against a pretty damn decent Mexico side, and expect Mexico to breeze through to the next round.