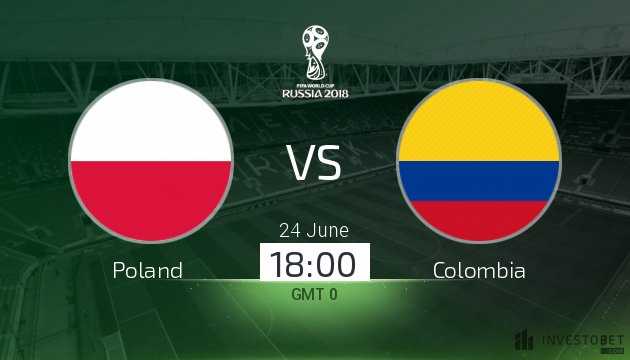 This is do-or-die for the previous two favourites of this group. Poland lost to Senegal in embarrassing fashion, while 10-man Colombia were dismissed by Japan. If either is to get anything from this match-up, it will be enough to keep their dreams of qualification alive.

Robert Lewandowski looked more like his late-season Bayern self, while the likes of Gregorsz Krychowiak can only say he had a good game due to his goal. Poor in possession, ponderous when creating and pretty open at the back, the loss of Kamil Glik has been a major loss for the Poles.

If they are to recover from his loss, they’ll need to do so in this match-up. With the likes of Lewandowski, Piotr Zielinski and Kail Grosicki not firing on the first matchday, they’ll need to deliver this time.

The loss of Carlos Sanchez leaves the Colombians light in midfield, and overly reliant on Juan Quintero and James Rodriguez to create. It’s up to the Colombian wide men in Juan Cuadrado and Jose Izquierdo to produce. They were poor in the opening game, and will be expected to produce a better performance this time around.

Oscar Murillo and Johan Mojico will also need to do better if Colombia are to get anything from this match.

We expect this to be a draw, and it could be quite a tough game to watch: both sides have so much to play for and so much to lose.