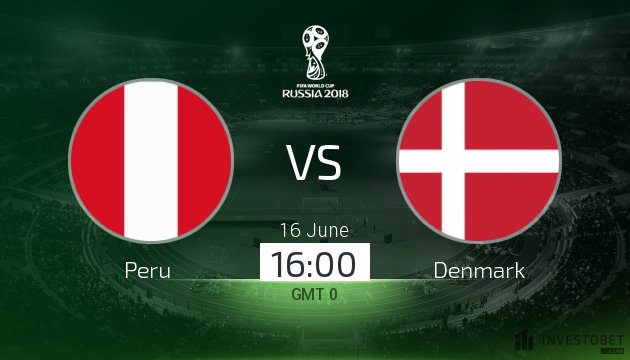 Peru return to the World Cup for the first time since 1982 and the reaction has been understandably jubilant, the excitement reaching fever pitch months before the tournament when the country ran out of Panini stickers. Nobody really cares how it happened, but there's no escaping the fact that the Incas are extremely lucky to be here.

A routine 2-0 defeat by neighbours Bolivia in September 2016 was the turning point following a dreadful start in qualifying. With just four points gained from the opening seven matches, it transpired that Bolivia had introduced an ineligible substitute late on, meaning Peru were awarded a 3-0 win, their first competitive away victory since 2004.

Their campaign sprung into life thereafter, as they picked up 19 points from the remaining 11 matches to edge out Chile in the race for an intercontinental play-off against New Zealand. In the end, it wasn't only the awarded points that got them over the line, they also needed the five-goal swing in the goal difference column too.

But that's not the whole story. Peru is a country that trades on emotion and Ricardo Gareca had done an admirable job in the 12 months prior to that lucky break, restoring a sense of calm to a national team that was operating under a toxic cloud that bordered on self-hatred after years of continuous failure in their pursuit of this World Cup dream.

Galvanised by their lucky break, a tipping point was reached and a groundswell of belief came surging through the team as they seized their opportunity with both hands and confidence peaked in March when the Blanquirroja recorded deserved wins over Croatia (2-0) and Iceland (3-1) in a couple of friendlies staged on American soil.

Those were considered significant markers because it's so rare that Peru get the opportunity to test themselves against European teams. Throw in the 2-0 send-off success over Scotland and last weekend's 0-0 draw with Sweden in Gothenburg, that's as many games against UEFA opposition than they had managed in the previous 14 years.

Given the fact the tournament is being staged in Russia and nearby Denmark provide the first test in what promises to be a make-or-break Group C clash, there was an understandable apprehension about not being ready for the challenge, about Peru dragged too far out of their comfort zone too quickly, concerns now seemingly extinguished.

In the event, they might have only created a false sense of security. Time zones are usually a decent starting point when trying to measure home advantage, in the opening game of a World Cup especially. Copenhagen is just one hour behind Saransk, Lima is eight - and that doesn't account for hemisphere, and the changes in both season and climate.

Discounting the conditions, there's plenty to like about Peru but a lot of the positivity surrounding them is mostly romantic and all of these things have been more than factored into the price. They might boast a superior Elo ranking than the Danes, but by no stretch of the imagination do they boast a better team on paper when analysed man for man.

The zone where the difference is most profound might also be the area that decides this game. Renato Tapia is arguably Peru's most important player, a cultured deep-lying playmaker who barely gets a look-in at Feyenoord, and he'll be tasked with keeping tabs on Tottenham's biggest creative talent Christian Eriksen, who scored 11 goals in qualifying.

The first goal, as ever, will be crucial. With Denmark, it tends to be either feast or famine. Breakthroughs don't always come easily but they often hose up once ahead. Peru, with their sense of adventure and willingness to stretch the play with genuine width, might just leave enough spaces through the middle for Eriksen to make an irresistible contribution.

Denmark to beat Peru at 7/5