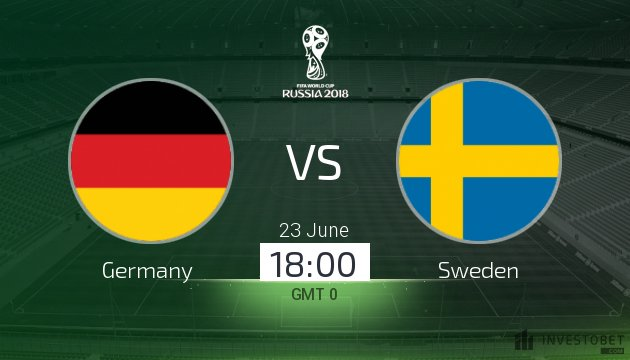 Following their surprise loss to Mexico – where the performance was the biggest shock – Germany know they need a win here. Sweden are more likely to suit Joachim Low's side in terms of style, but will a frustrated Germany who know they need goals be able to stay patient?

The Germans will probably look to change a few things, with a start looking likely for Marco Reus. The Borussia Dortmund man is their secret weapon and could play a critical role in making sure that Germany get something here.

They’ll need Marvin Plattenhardt and Joshua Kimmich to dial it back a touch, though. While Sweden pose nothing like the same threat on the break, their over-exuberance left Mats Hummels and Jerome Boateng needlessly exposed last time out.

For Sweden, it’s more of the same. Keep it dogged, and play for set-pieces. They lack the fluency and invention to take Germany on in any meaningful way, so expect them to play the role of aggravators here. Sweden will look to Andreas Granqvist to keep things tight at the back, while the more methodical Sweden attack will look to harry a flustered, pace-free German backline.

Germany and Sweden feel like a good match-up for one another, and we expect a tight game. A draw may sound ambitious, but Sweden should have enough to get a positive result here and force Germany back. We expect them to get something from this match, leaving Germany sweating ahead of their final match-up.