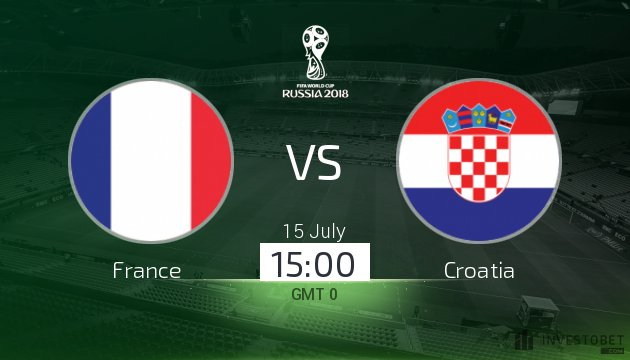 A handful of Croatia players took umbrage at suggestions they might have been tired for their semi-final against England, insisting they had been fired up by various remarks from English pundits, ex-players and journalists ahead of their 2-1 extra-time triumph over the Three Lions. But the rationale was perfectly valid and remains so ahead of the final.

At this late stage of a major tournament, where games are routinely settled by the finest of margins, it would be ludicrous to assume anything else but a perilous level of physical and emotional strain on a team that has just endured successive periods of extra time and penalties in the previous week or so.

The fact that Zlatko Dalic's men grew into the contest at the Luzhniki and dominated for 75 minutes after the interval was largely down to England's naivety. Instead of making a tactical switch to alter the pattern of the game once the tide had turned, they chose to sit back and allow that supreme midfield endless time and space on the ball.

So now it’s time to double down on the fatigue angle because France will offer the Balkans no such encouragement and Didier Deschamps won’t be nearly as slow to respond should Les Bleus lose their grip at any stage. As invigorating as Croatia's resurgence might have been in Moscow, they should only be more exhausted now and the French have the tools to expose it.

Not only do they have the advantage of having done all of their knockout business inside 90 minutes, they also come into this game on the back of an extra day's rest and will attack it with a squad that boasts much greater strength in depth and is almost two full years younger. In each of the last six finals, the younger team has prevailed.

Indeed, there's a chance this could be much more comfortable for France than implied by odds of 19/20 to win inside the 90 minutes. Their knockout route has seen them dispose of Uruguay and Belgium in a fairly controlled manner, leaving behind the distinct impression that they could have stepped up another gear had they needed to.

Indeed, that's precisely what happened in the last 16 against Argentina when they were 2-1 down for nine minutes, before racing into a 4-2 lead 11 minutes later. Kylian Mbappe announced his arrival on the world stage that afternoon and he could be the decisive figure here, driving through the space between Ivan Strinic and Domagoj Vida.

At the opposite end, Croatia are heavily reliant on the contribution of Mario Mandzukic, but his excellent hold-up play might be somewhat redundant should France to push the unrivalled centre-back pairing of Raphael Varane and Samuel Umtiti up the pitch and play most of the game with a high defensive line.