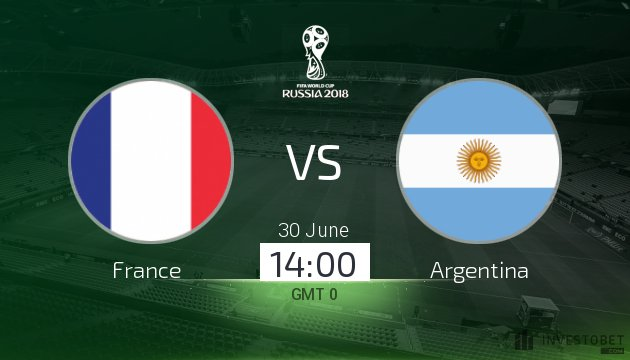 Argentina have already left their mark on Russia 2018 by supplying us with an extraordinary narrative in the group stage - and that’s without taking into account the antics of Diego Maradona. But the euphoria that greeted Marcos Rojo’s late winner against Nigeria in midweek might be as good as it gets for the Albiceleste.
A team that started the tournament under the tutelage of Jorge Sampaoli now appears to have given up on any pretence of a normal leadership structure with Lionel Messi evidently calling the shots, even down to one absurd moment against the Super Eagles when the head coach was caught on camera asking Messi about his next substitution.
That kind of compromise might have been enough for them to edge past a team who started the tournament as 250/1 outsiders, but such amateurism surely won’t wash against one of the leading contenders. France might be just as unclear about how best to find their rhythm but they still look a formidable outfit during the process of trial and error.
Whether Didier Deschamps chooses to go with a 4-3-3, 4-4-2 or 4-2-3-1, the sheer pace and agility of centre-back pairing Samuel Umtiti and Raphael Varane gives Les Bleus an enviable advantage over most nations, enabling them to push their defensive line up high enough that opponents seldom find themselves venturing into the attacking third.
Group C might have been relatively weak but after 270 minutes played, the French have faced just five shots on target - two of them from over 30 yards away - while the solitary goal they conceded was a gift from Umtiti, who inexplicably gave away a penalty against Australia by raising his hand to interrupt the flight of a harmless cross from deep.

Messi is capable of breaching any defensive line on his day, so a French clean sheet cannot be taken for granted. But his capacity to conjure up a moment of individual magic might be negated here by the fact he’s up against his Barcelona colleague Umtiti, while partner Varane can also call upon ample head-to-head experience with Real Madrid.
When you consider what Argentina have put themselves through emotionally, it's hard to imagine them producing another crucial moment of inspiration like Rojo's decision to ditch the sketchy tactical blueprint and venture forward with no regard for the gaping hole he left behind. More than likely, such impulsive behaviour is going to cost them next time.
France should be much fresher having rested a handful of players for the tepid 0-0 with Denmark in their final group game. They might have struggled for cohesion while taking seven points from their section but they also have produced flashes of technical brilliance in the build-up that leaves little to the imagination of what a special team they could be.
This might be a slow burner, just as most knockout games between major nations tend to be. But if either team is going to move through the gears and take the game away from the other with a tidy 10 or 15 minutes at some stage, you'd be fairly confident it would be France.

France to beat Argentina at 7/5