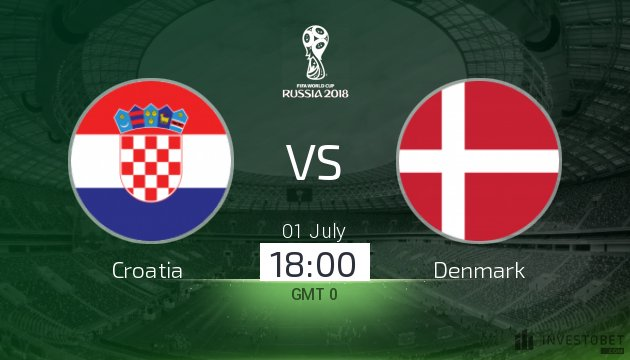 Age Hareide is promising “a different Denmark to what you have seen” ahead of this last 16 clash in Nizhny Novgorod, but there’s not much else for underdog backers to put their faith in. Rankings and reputations aside, this is a essentially a game between arguably the most comprehensive of the eight group winners against possibly the least convincing runners-up.

Croatia topped a section containing Argentina, Nigeria and Iceland with nine points and a +6 goal difference, despite never really getting out of second gear. Denmark disappointed. They were lucky to beat Peru, no better than equal to a limited Australia, then played out a dreadful - but mutually beneficial - 0-0 with France, much to the disgust of the Luzhniki crowd.

Come the end of it, they had managed only nine shots on target, the second-fewest at the tournament behind Iran. Too often unable to get Christian Eriksen into the game, it has been painfully apparent just how much they rely on him. Hard working but devoid of any inspiration, they’ve been the toughest team to watch at what has otherwise been a thrilling event.

That doesn’t sit well with the Danish public who still cling on to that marvellous Mexico '86 team for a sense of identity. As the third-most feminine nation at the tournament, they naturally want to feel joy in the process. We're not going to win the World Cup, is the attitude, so why play inhibited football and remove any possibility of leaving a favourable impression?

Needless to say, the national media aren’t sold on Hareide. He’s Norwegian for starters and the Danes tend to look down on their Scandinavian neighbours in football terms, basing their associations on the long-ball team that reached successive World Cups during the 1990s with the principal attacking ploy of lumping the ball up to Tore Andre Flo.

Hareide insists the problem so far has been mostly psychological and little to do with his tactics. Now that the pressure has been lifted, his players will attack this game with the freedom of a team that has already fulfilled expectations. That's a possibility, but it might also be a danger in itself against technically superior opposition.

Indeed, the Croats have turned picking teams off into an art form at this tournament, the 3-0 win against a determined and energetic Argentina being the prime case in point. And in direct contrast to the relative anonymity of Eriksen, there's a case to say Luka Modric, in typically understated fashion, has been the tournament's most influential player.

The Real Madrid star has been at the hub of everything. He has received the ball more than any other player, made more tackles and completed more passes. He's also scored twice and covered more distance than all but one of his colleagues - and all of this with a possible five-year prison sentence for perjury hanging over him, which might not be mutually exclusive.

There's a coldness about Croatia, in general, that possibly stems from the Zdravko Mamic trial. A large section of the football public wants nothing to do with this team but with that comes the challenge to win a larger majority round, safe in the knowledge that there's not really a bubble of heightened emotion or expectation to burst.