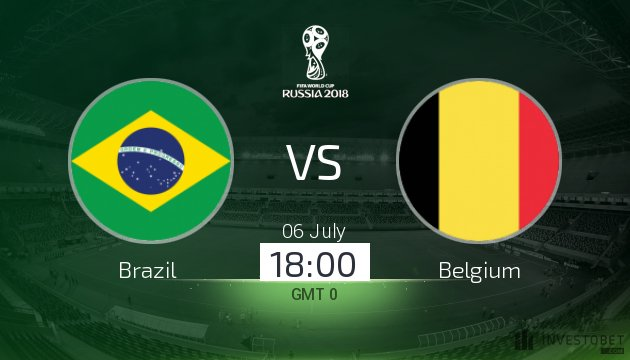 Belgium have left their mark on Russia 2018 in becoming the first team since West Germany in 1970 to recover from two goals down and progress in a World Cup knockout match. But while their stirring 25-minute fightback against Japan made for compelling viewing, their shortcomings in the opening 65 minutes have probably served only to seal their fate.

The 3-2 victory over the Samurai Blue feels like an end in itself - at least judging by the celebrations that greeted it - with the prize for their never-say-die spirit being a four-day stay of execution and a much more acceptable exit against the likeliest eventual winners. But for any team with designs on going all the way, it wasn't a performance to be proud of.

Nobody has ever doubted the quality of the personnel that Belgium have at their disposal, but fitting all of their key players into a cohesive system has always been the major headache. Few believed that Roberto Martinez would be the man to solve that puzzle and the shortcomings of his preferred 3-4-3 system were laid bare against Akira Nishino's men.

The Red Devils looked too rigid defensively, too cluttered up top and simply absent down the flanks, while any system that renders Kevin De Bruyne anonymous for large spells in the centre of midfield cannot possibly be considered effective. In the end, they simply resorted to throwing on the big men and lumping balls into the box.

In the first hour, Belgium had 11 attempts on goal, only one on target and none of them headers. However, a double substitution change the entire complexion of the game, with Marouane Fellaini and Nacer Chadli brought on to maximise an aerial supremacy. Seven of the next 11 shots were headers, four of them on target, two of them goals.

Needless to say, Martinez didn't want to talk tactics in his post-match press conference and he was keen to put the first hour against Japan down to nerves. But he has big questions to answer here. The limitations of his grand plan have now been exposed and sticking with the same system would surely be an act of folly against a team as accomplished as Brazil.

The Selecao came into this tournament carrying the heavy baggage of their humiliating 7-1 defeat to Germany four years ago but have stuck to their task diligently - if not always convincingly - and their insecurities lifted the moment that Joachim Low's men were dumped out. Suddenly, they appear comfortable in their own skin.

Brazil went about their business against Mexico with the strut of champions-elect, a team that by dint of birthright understands the process of what it takes to win a World Cup. While others are venturing into new territory, setting new benchmarks and allowing themselves to be consumed by those milestones, Tite's men instinctively know this isn't their level yet.

Even if these waters are unchartered for certain individuals, Brazilian culture appreciates how little there is to be gained by getting carried away at this stage. Unbridled joy is a pitfall, the edge of their comfort zone is still a couple of steps away. This is where history so often plays a crucial role at World Cups: ahead of hurdles five, six and seven.

The best thing about being Brazil right now is knowing the fear you induce in others, the kind of fear you only experience when you think about Germany. Belgium might be as short as 7/1 to go all the way in this tournament but Martinez is keen to play the underdog card whenever possible and one wonders what effect that might have on his players.

The former Everton boss wants to frame this as a free hit, laying his bed for the narrative that his basic objectives have been met now, and fate has intervened with a killer draw. In his own words: "When you play against Brazil, you need to understand they are the best team in the competition, I think you have to accept that."