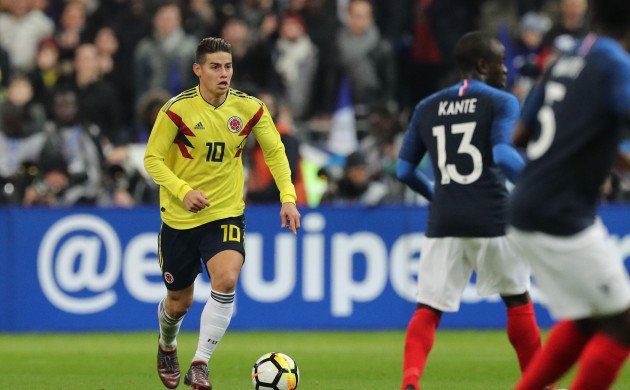 Poland are a side with a very interesting line-up, and a collection of younger players who could really annoy themselves on the world stage. While everyone keeps an eye on Bayern Munich star Robert Lewandowki, it’s guys like Napoli man Piotr Zielinski that might make the impact that some are expecting.

Having won their group against a fantastic Denmark side, we could really see Poland doing something good in this tournament. They’ll likely get nowhere near winning it, but the Knockouts is almost certainly possible.

A clinical edge in front of goal. While Lewandowski is the target of ire from some fans in Bavaria for missing a host of chances in Europe, the Pole is among the best pure forwards on the planet. He plays well in a very interesting team, and carries a certain swagger that gives the rest of his side freed to play.

Due to the way that ‘Lewa’ plays, too, his movement means the team can use him as a reference point without overplaying or lacking invention.

However, one challenge they might have is the lacking fitness – or potential non-participation – of Kamil Glik. The Monaco man is a top quality defender, and one of the best in Europe at what he does. He’s a pure defender, and replacing him will be a nightmare.

Karol Linetty. The Samprdoria midfielder, now 23, is ready to make a true explosion and take that major next step.

As one of the African sides not from the North, Senegal will rock up to Russia knowing they have a point to prove. With a vicious forward line and a midfield and defence that can run for days, Senegal are an aggressive team who plays with the same panache and desire as their main man, Sadio Mane.

If they can match the tempo and the threat of their top player, then Senegal could really make an impact on this World Cup to match the 2002 edition.

Their pace is electric. Former Milan forward M’Baye Niang dovetails well with Mane himself, with Keita Balde of Monaco is an outstanding player. The pair of them should be able to work well with Niang up-top, or they could find themselves using the battering ram prowess and slick movement of ex-West Ham striker Diafra Sakho.

Mane, though, will be the man who is expected to really make Senegal fire.

However, the Lions of Teranga are light on numbers in the middle. They have eight forward players at the tournament, among them tremendous talents like Ismaila Sarr, but they have just five midfield players. If they run out of gas, they could get overrun due to lack of number in the middle.

While the likes of Mane are obvious, its 20-year-old Sarr we cannot wait to see. he might not start but he already has 16 caps and is one of the most interesting attacking talents around.

As arguably the best Asian representative, Japan come into this tournament knowing it’s time to say goodbye to a few old stars. This is a very different Japan side, with one of the most interesting notes being that coach Vahid Halilhodzic looks to play a counter-attacking system at odds with star player’ Keisuke Honda and Shinji Kagawa.

While the duo got called up, they are no longer key players in the national side and instead look to use other key players to help play a different kind of game to their technical, possession-heavy style of the past.

The fact that they play without many of their usual star men of the past – including Leicester City striker Shinji Okazaki – is going to leave a lot of people unsure of what to expect. They should look to use the massive experience of their coach and the team’ buy-in to his methods to get out of a group that feels among the most balanced in the tournament.

However, as ever, Japan are quite mediocre at the back. They still rely upon Maya Yoshida and Yuto Nagatomo. Good players as they are, Japan are not made for suffering long periods of pressure at World Cup level. If they want to play on the break, this could cause them some issues.

While not many young players make the Japan team at the moment, we think that Yoshinori Muto could use this tournament to really show the world that he is the long-term successor to Okazaki.

Always seen as the amongst the best of the rest, Colombia will – along with Uruguay – be the dark horse from South America. With electric talent in some of the most key players of the pitch and vital experience elsewhere, they have the opportunity to do something very impressive here.

However, some fear that Colombia might lack the sparkle that made them the team to watch of 2014. This year, they are all about counter attacking. That may prove more effective, but might win them less fans.

They are direct and brutal on the counter. Through James Rodriguez, they have someone who can make a huge difference when creating. In guys like Radamel Falcao and Luis Muriel, they have strikers who could be relied upon to put the ball in the net. At the back, Yerry Mina, Santiago Arias, Cristian Zapata and Davinson Sanchez offer a very interesting defensive set-up.

They have key players in the spine of the team, who know each other well. That should be vital.

The main worry about Colombia is that when Plan A fails, the team often fails. If they cannot make the most of a compact and minimalistic style, then they tend to lose without much of a resistance. It’s part of the pro/con of Jose Pekerman’s style, and could be an issue here.

Despite only signing for Barcelona in January, Yerry Mina is already on the market. If he impresses here, he could land that move that he needs to continue his rapid rise to prominence. Perform well enough, and he may just keep his Barcelona place.