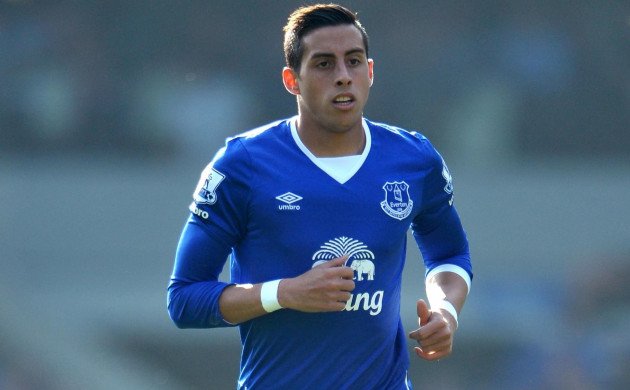 Argentina coach Jorge Sampaoli is on a tour of Europe, meeting his players, judging their form and fitness, and explaining to them what he intends to do.

This is important face-to-face time. Appointed in the middle of last year, Sampaoli has had few opportunities to get together with his players – a pair of friendlies last June, six high-pressure World Cup qualifiers and a couple of friendlies in November. There is just one more chance to unite – the FIFA dates at the end of March – before the World Cup squad is announced. Time, then, is a precious resource, and Sampaoli is surely spending it wisely by going around Europe to sit down with those in contention for a squad place.

There are 10 cities on his itinerary. Some are obvious; he must, of course, go to Barcelona, home of Lionel Messi. And Paris, where Angel Di Maria plays his football. And Manchester, to meet Sergio Aguero, Nico Otamendi, first-choice goalkeeper Sergio Romero and Marcos Rojo.

Others are more intriguing. Who might his main targets be in London, for example? Manuel Lanzini? A check on the recuperation of Erik Lamela? Roberto Pereyra of Watford, perhaps? Or maybe problems in the full-back positions mean there might still be a chance for Pablo Zabaleta?

Also on the list is Liverpool, which can only mean one thing – a chat with Ramiro Funes Mori. The Everton defender has not featured under the new coach. In the final game under Sampaoli’s predecessor, Edgardo Bauza, Funes Mori suffered a serious knee injury during the 2-0 loss to Bolivia. That was in March of last year, and he has not reappeared since.

“Funes Mori will be back in training with his team-mates in a couple of weeks,” said Sampaoli, “and we are going to be speaking with him.”

This might come as a surprise to some Everton fans. I must confess that, when he joined the Toffees, I thought he had little chance of thriving in the Premier League. Instead, Funes Mori made an impressive start. With time, though, the weaknesses in his game were exposed. For all his undying commitment, and the considerable threat he was posing in the air at attacking set-pieces, he was making plenty of defensive mistakes - positional errors, wild tackles and scuffed clearances. It was a similar story with Argentina, where he was picking up a yellow card in almost every game as the defensive unit wobbled alarmingly.

Even so, it is hard to escape the conclusion that, providing he regains from and fitness, Funes Mori may have something to offer Argentina’s World Cup challenge.

On one hand, this is a backhanded compliment – a comment which touches less on the virtues of Funes Mori and more on the defects in the way Argentina have been defending. Their last fixture, a friendly against Nigeria played in Russia, illustrates the point. Argentina galloped into a two-goal lead, but then collapsed against the pace of the Nigerian attack and ended up losing 4-2.

Extra piquancy was added when the sides – yet again – were drawn in the same World Cup group. There was nothing especially surprising about the Argentine collapse – the defensive problems had been highlighted here a few days earlier after a 1-0 win over Russia.

Sampaoli’s midfield is not built to press high, putting pressure on a back three formation that lack pace – who therefore tend to drop deep, opening up space for the opposition. Argentina lack quality wing-backs, and so Sampaoli is using wingers to cover the entire flank. When the back three drop deep, it forced the wingers to keep running 80 metres towards their own goal.

Without suddenly turning into a miracle worker, a fit Funes Mori has something to offer in this scenario. First, he is most comfortable in a back three. Before moving into the centre he originally developed as a left-back, and he is probably best seen as a mixture of the two positions. Left centre-back in a line of three is probably his best position; there is more cover behind him when he makes a mistake, and he has more freedom to bring the ball out and use his left foot.

He is also – or at least he was before the injury – quicker across the ground than most of Argentina’s other centre-back candidates, and therefore interesting to a team which would prefer to operate with a high line.

Sampaoli’s short reign has already brought to light an imbalance between, on the one hand, the type of football the coach wants to play, and on the other, the type of player (especially in defence) available to him.  A fit and confident Funes Mori, for all his defects, might help balance that one out. And so it is well worth the coach and the player spending some time together in the next few days. 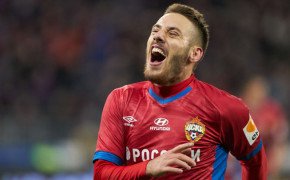