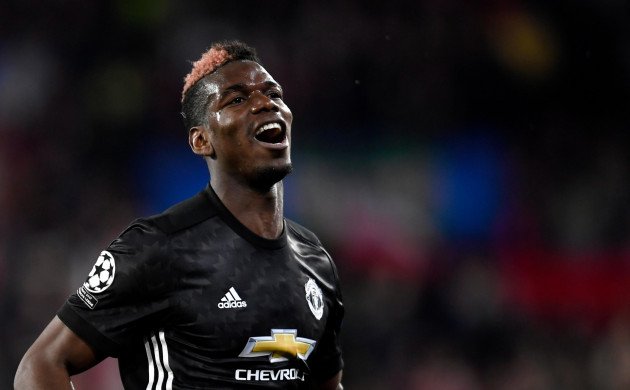 Paul Pogba was named man of the match in Manchester United’s 2-0 win over Bournemouth on Wednesday night. The victory puts them four points clear of Liverpool and six points clear of Tottenham Hotspur with four games left to play.

Pogba worked tirelessly over the 90 minutes and claimed an assist for Romelu Lukaku’s goal which wrapped up the points. This takes his Premier League assist tally to 10 this season, meaning only three players, all at Manchester City, have more to their name than him this season. This may come as a surprise, though, given how regularly the midfielder has been criticised.

The Frenchman has claimed an assist every 188 minutes he’s been on the field in the league this season, compared to David Silva’s return of one every 205 minutes, Kevin De Bruyne every 185 minutes and Leroy Sane every 172 minutes.

That’s not to claim that Pogba has fulfilled the potential that supporters know he has, but it does suggest the midfielder is performing better than some might think he has.

His two goals against City stopped United suffering one of the most humiliating days in their club’s entire history, which certainly bought him more time from the perspective of United fans. Just like the Europa League final from the season before, Pogba has shown he is capable of showing up on the big occasions, but his problem has been he hasn’t done it often enough.

His best performances of the season so far have come against Arsenal and Everton away. He's shown flashes of brilliance in other games but struggled to meet the impressive form of the opening months before his injury.

Following his heroics on derby day, Mourinho hailed the midfielder, but claimed he needed to see better displays on a more consistent basis.

"But I expect Paul - and I think that's the challenge he has to put to himself - to keep a certain stability and not to have the good match and the so-so match and the bad match. I think he has to try to keep that level of stability, and from that stability of course will appear the special match with the special performance like it happened against City."

In Pogba’s next performance, the 1-0 defeat at home to West Brom, he put in a lacklustre performance and was substituted off with half an hour left to play. To be fair to him, he wasn’t alone in putting in a sub par performance, but it typified his changeable form.

As did his return to a top display in the Bournemouth game. In the days before, the press reported that Mourinho was prepared to let Pogba leave in the summer, with PSG interested is bringing him back to France.

This seems to be an extreme response from the media, given just days before all was well with the player and manager, if his match-winning performance in the biggest game of the season was anything to go by. It seems all the more curious given the shift he put in on the south coast - and after the game, Mourinho was happy to sing the player’s praises again.

“He played very well,” he said. “Against Manchester City he was phenomenal. But today he was very, very good. So he was a good choice [for man of the match].”

There are still some big opportunities for Pogba to prove his worth to United. On Saturday, United play Tottenham in the FA Cup semi-final at Wembley. The last time Pogba played against Spurs at the national stadium, he put in an awful performance as United lost 2-0. He will be as motivated as anyone else to book United’s spot in the final and claim some silverware.

Also, with City having already been crowned champions, the best position United can hope for is second. They are favourites to finish runners up but have to get results against Arsenal, Brighton, West Ham and Watford to do so.

Pogba is a supremely talented footballer and while he’s yet to hit the heights expected from him, he’s played better than the media or rival fans would let on. Having just turned 25, he’s close to hitting his peak and a strong finish to this season would set him up perfectly to prove himself in the campaign ahead.