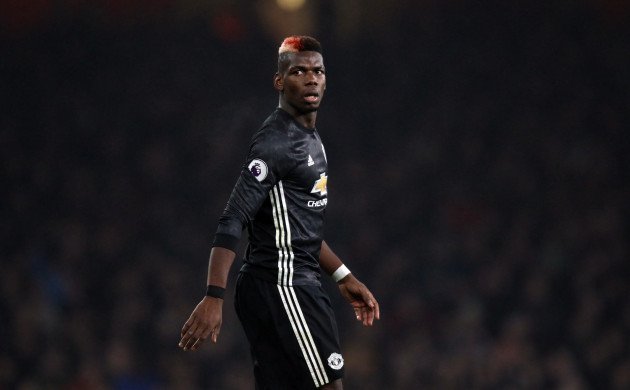 Paul Pogba put in another great display for Manchester United on Monday as his team beat Stoke 3-0 at Old Trafford. His form continues to go from strength to strength this season, justifying Jose Mourinho’s decision to sign him from Juventus in the summer of 2016.

When United made the brave decision to re-sign the midfielder for £89m, they were taking a huge gamble. Having allowed the player to leave for £800,000 after failing to convince him to sign a long-term deal at a club where he was getting no first-team action, breaking the world record to bring him back opened the club up to ridicule.

Pogba had a good first season, but even the most ardent United supporter would struggle to argue he looked like an £89m player. But the simple fact is that’s not why United spent such a huge sum of money on him. Pogba is a player you can build your team around and his fee represented what he could do for the team over the next five years, not just in his first season in isolation.

He ended his first campaign with the opening goal in United’s Europa League final win and started this season looking sharp. However, just four league games in, Pogba picked up an injury when United were top of the table with a superior goal difference to Manchester City.

Pogba missed the next 13 games in all competitions and, when he returned, United had fallen eight points behind City and had a goal difference that was inferior by 13. They were on the same points as Tottenham Hotspur and had one more than Chelsea.

Two months later, United are six points better off than Spurs and three ahead of Chelsea, yet City have increased their lead to 12. Yet during this time, City’s key players - such as Kevin De Bruyne and Raheem Sterling - have been fit to play. The former has played in all of City’s 23 league games this season, while the latter has appeared in 21. In comparison, Pogba has featured in only 13.

Despite this, nobody in the league or the rest of Europe has more assists than Pogba this term, which is remarkable when you consider he missed two months of it. De Bruyne and Leroy Sane are the only players to have equalled Pogba’s nine assists in the Premier League, with the Belgian averaging one ever 219 minutes on the pitch, the German every 162 minutes, while Pogba has one every 126 minutes. Even Neymar hasn’t eclipsed Pogba’s tally, despite playing in the inferior French league.

Pundits repeatedly claim Pogba isn’t the player he was when in Serie A, but the statistics don’t support that. This season he’s averaged more assists and more chances created than in any previous campaign, and his overall attacking and defensive scores are higher now too.

The only area of his game which doesn’t match that of his time at Juventus is the number of goals he’s scored, which might explain some of the criticism he’s received. Mourinho usually plays him in a deeper role, rather than on the left of a midfield three where he previously thrived, which means he understandably has fewer shooting opportunities.

Yet he still has three goals this campaign; his most successful season in Italy saw him score 10. This is still something Pogba needs to improve upon, but in terms of his overall contribution United fans are very happy.

After the win over Stoke, Pogba extended his unbeaten run in the Premier League to 35 games. The last time he was on the losing side was October 2016.

“I think he is happy with the way the team is playing and he’s happy because the team is changing the profile and the profile is going more in his direction,” Mourinho said at the weekend.

It’s true. Pogba is the engine of this team and things seem to be clicking into place for United on the pitch. He didn’t play in their 0-0 draw against Liverpool or the defeats by City and Chelsea. He was, however, they key player in a 3-1 win at Arsenal.

Pogba is still only 24, years away from his peak, but he's already hugely important to United and is silencing more of his critics with every passing week.