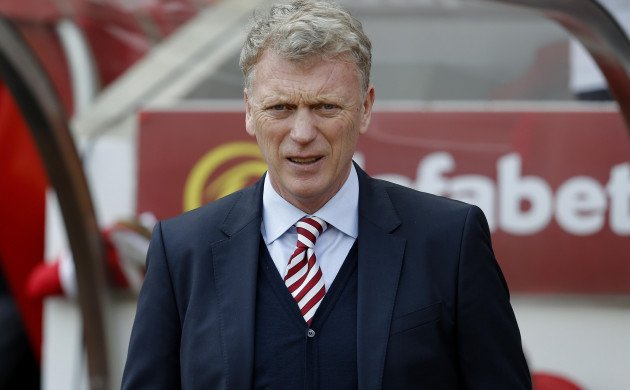 Why bouncing straight back will not be easy for Sunderland

It is a relegation that has been half a decade in the making.

Sunderland have flirted with demotion to the Championship for several seasons now, with dramatic and unforeseen last-gasp escape acts becoming their speciality. The current campaign has proved a step too far, however, and the club are now preparing for life back in the second tier after a 10-year absence.

It has been a truly miserable season for the Black Cats. Saturday’s 2-0 victory over Hull City was only their sixth of the season, while they have lost 23 of 35 games and scored only 28 goals. Manager David Moyes warned the club’s fan base that they were in for yet another relegation battle way back in August; while that statement was depressingly defeatist and likely counterproductive, the former Everton, Manchester United and Real Sociedad boss has been proven correct. With three fixtures still to fulfil, Sunderland’s only remaining ambition is to climb above Middlesbrough – who hold a four-point advantage at the time of writing – and into 19th place in the table.

The objective in 2017/18 will be securing an instant return to the top flight, but that will be a far from straightforward task. Newcastle United may have recently wrapped up promotion at the first time of asking, but they are only the 15th of 51 clubs to have done so since the turn of millennium. Aston Villa began the campaign with the same target yet ended up finishing in the bottom half of the table after Sunday’s 1-1 draw with Brighton and Hove Albion, while Cardiff City, Fulham, Wigan Athletic, Reading and Wolverhampton Wanderers have all also failed to bounce back in recent times.

Sunderland, of course, are a bigger club than most of those, and their record in the Championship has actually been pretty good in the last two decades. Nevertheless, there is plenty of work to be done if Moyes, who confirmed in a press conference on Friday that he will remain in charge next term following talks with owner Ellis Short, is to secure a top-two finish or win the notoriously unpredictable play-offs.

Jermain Defoe, who has been directly responsible for almost 54 per cent of Sunderland's goals this season, looks certain to depart, while Lamine Kone, Fabio Borini, Jordan Pickford, Didier Ndong and Wahbi Khazri could all follow him through the exit door. Steven Pienaar, Joleon Lescott, John O’Shea, Seb Larsson, George Honeyman, Jan Kirchhoff and Victor Anichebe, meanwhile, are out of contract at the end of next month, when loanees Adnan Januzaj (Manchester United), Javier Manquillo (Atletico Madrid) and Jason Denayer (Manchester City) will return to their parent clubs.

There will be plenty of new arrivals, but that may be of little comfort to supporters given how dismal Sunderland’s recruitment has been in the last few years, particularly as there is now also a need to lower the squad’s average age and wage bill. Costly mistakes have been all too common at the Stadium of Light this decade, while the lack of imagination shown in the transfer market under Moyes’ stewardship is another cause of concern.

A failure to get it right in the summer could result in, at best, mid-table mediocrity in 2017/18.