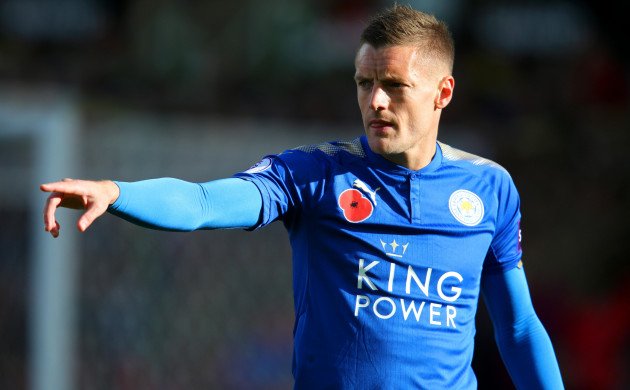 What would seventh place mean for Burnley, Leicester and Everton?

It’s a reflection of the weakness of the Premier League outside the top six that Burnley, who haven’t won since December 12 - a run of 11 games - are still in seventh place. The tale of their season is fascinating, as a combination of an effective hyper defensive method with a smattering of good fortune propelled the first half of the season, while recent months have seen the latter factor all but disappear.

All the while, their attack has been fairly limited and if you want to see goals, Burnley matches have been the worst viewing choice in the league, featuring around 0.4 goals fewer than any other team. That might not sound much of a difference but it’s also a whole goal under the league average, and has meant that Burnley have taken part in 22 of 28 games with either zero, one or two goals.

This kind of setup results in close encounters, and after getting the right side of it through the early months of the season (7-4-3 in low-scoring games, prior to the wins drying up) they have found everything heading towards par thereafter (0-5-3 in low scoring games during their winless run). All told, that puts their record at 7-9-6 in these matches, which marries tidily to their overall 9-10-9 record.

Let’s not undermine their achievement, though; im pre-season, only Huddersfield were projected by the betting markets to get fewer points, so the fact Burnley have found a way to get par results from a hard-working but unspectacular squad is admirable. They enter the final stretch sitting comfortably clear of relegation, already nominally a win or so from outright safety, and heading towards a summer where they will help to exploit some of the economies of scale that come with a continued place in the most lucrative league in the world.

Should Burnley start finding some positive results in the near future, seventh place remains within their grasp, but the teams below are bunching and little is certain with just 10 points separating seventh and the relegation slots. A good month could boost any of the teams behind into contention for a position that may well carry with it a European slot, and of course the added prize money. The teams most obviously placed to dislodge Burnley are Leicester and Everton, and the two have very different perspectives towards this potential outcome. That is despite ostensibly having had fairly similar seasons involving a moderate opening run, a change of manager and, eventually, consolidation.

Leicester can feel generally satisfied with the way their season has settled down. As long as they land in the top half they have probably found the right level compared to their inherent talent and, the occasional manager blip aside, they have stabilised. To do that in the league – their remarkable title aside - was probably hoped to be part of their long-term strategy.

Everton’s travails are less positive. Pre-season predictions saw a return to seventh place to be at least as likely as any other outcome in the whole league. The extensive spending off the back of Romelu Lukaku’s sale even raised hopes in some quarters that the team could compete with the big six. Unfortunately, at no point under any of the three managers that have taken control have Everton looked remotely capable of pointing themselves upwards. Ronald Koeman’s tenure ended swiftly with the team looking as disjointed as at any point since the last embers of Roberto Martinez’s reign, while David Unsworth presided over a handful of games that continued the inconsistent rhythm Koeman had set.

In finally employing Sam Allardyce, the club looked to stabilise quickly, and while his early weeks promised improvement, more recently results and performances have waned. At no point have Everton managed to create genuine dominance across a string of games, and they have now gone eight league games without a clean sheet. Only Swansea have taken fewer shots and Everton have created ever fewer as the season has worn on. Nine shots per game is down among the worst Premier League seasons this decade and even if they can limp towards seventh place, little about their season has impressed.

Can Allardyce provide more than solidifying a bad team? His high finishes at Bolton are in the distant past, and the marrying of Everton’s ambition and Allardyce’s skill set never looked a good fit. There is little to suggest that he can effect sufficient transformation on this squad, even with time and further transfers.

So what do Everton do? It’s presumably possible that Allardyce could walk away this summer, in a similar fashion to how he left Crystal Palace in May last year, and it would enable the club to reformulate a strategy towards growth. However, the squad looks more in need of a complete re-build than the odd tinker, so short-term gains may well be beyond them.

Overarching strategies are an essential part of building towards sustainable success in the Premier League and Burnley and Leicester have made enough of the right moves to come out ahead of even moderate expectation for now. Everton have shown how unchecked optimism without a coherent strategy can cause structural problems that require time and bravery to remedy. Whether Allardyce is the right man to oversee such change remains to be seen.