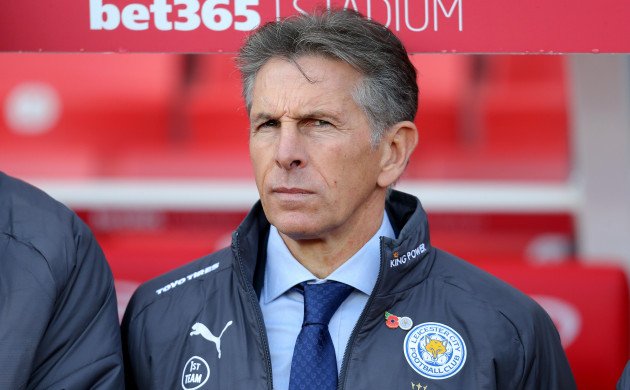 Assessing the success of the Premier League's pre-Christmas managerial appointments

Only last week we discussed how short a manager's lifespan is this season for teams not among the top six or newly promoted. With Marco Silva leaving Watford on Sunday, there are now only three  managers who have remained in their jobs at those clubs since the start of the campaign. Mauricio Pellegrino is still looking vulnerable although Sean Dyche and Eddie Howe appear secure.

Changes in managerial positions occur for many reasons, ranging from the obvious “results were bad”, to the insidious but no less deadly “he lost the dressing room”. In Silva’s case, his transition to unemployment came with an added feature: an Inception-like scenario where a fellow member of the eleven, Everton, publicly tried to seduce him, were rebuffed and finally settled on Sam Allardyce.

Watford seized on this incident in their dismissal notice and cited it as a turning point in the Silva tenure, saying that after the approach there had been a “significant deterioration in both focus and results to the point where the long-term future of Watford has been jeopardised.” Regardless of secondary issues, Silva’s results had indeed turned for the worse. Despite underlying statistics suggesting the Hornets were performing relatively consistently throughout the season, the vagaries of form took over and three wins and two draws from 16 games certainly took the shine off their 4-3-1 start.

“Long-term future” is of course code for “relegation”, which in itself is further code for “losing tens of millions of pounds”; that alone is enough to focus even the shrewdest of investor’s mind. See also Swansea’s situation. Rock bottom having scored fewer goals than any other team, reports this week suggested their American owners, Steve Kaplan and Jason Levien, were to pledge an extra £10m towards the winter transfer fund, which looks more like a calculated risk rather than extravagance.

Club chairman Huw Jenkins recently said of the ownership group: “the only thing that matters to them is being in the Premier League and making sure the club is there at that level, it’s the only thing that works for them.” The next few months will certainly test that and having employed Paul Clement and overseen a stellar recovery last season - no team this decade secured a higher percentage of their points (71%) in the second half of the season than 2016-17 Swansea - they are now hoping Carlos Carvalhal can do the same again. It’s a tough ask.

It’s entirely understandable that teams will take drastic action to retain their Premier League status, and all too frequently it is the manager who is the first person to suffer. Let’s look at the five pre-Christmas job changes and see if the teams that fired bullets early have have reaped the rewards or not.

Hodgson arrived in September with his team pointless, goalless and rooted to the bottom of the table. They lost three more without scoring, but he’s since seen them go 6-7-4 and plonk themselves firmly in mid-table. Palace were never as bad as their start made them appear, and Hodgson’s spell has been solid enough.

Puel replaced Craig Shakespeare in late October with Leicester having won two from nine, but like Palace they had shaped better than their results. The Frenchman has enjoyed any reversion to Leicester’s mean but also overseen a decent run having landed a 7-4-4 record in 15 games. This weekend saw them hit seventh and overtake Burnley to occupy the solid spot behind the big six. The Foxes, it's safe to say, are the best of the rest.

After a lean spell at Sunderland, Moyes arrival at West Ham on a short-term contract was deemed underwhelming by many bystanders. The 2-3-5 start which did for Slaven Bilic has been superseded by a distinctly par return for Moyes, enough to call his tenure - at this stage - a success. A 4-5-4 record, zero goal difference and 17 points in 14 games has kept Moyes ahead of a theoretical “one point per game” safety line. For now, it’s going OK.

Ronald Koeman’s record in the league this year was 2-2-5, David Unsworth followed with 2-1-2 and after a fast start in which Allardyce won three of his first four and was unbeaten in six, the Toffees are now back to 3-4-3 under the veteran manager, with the back end of that run turning into the start of a six game winless run.

Typically the defence has been the first aspect to improve: in Allardyce’s ten games, Everton have conceded half the goals that they did in the previous ten matches (11 vs 22). However, nine goals in 10 games means the thrills have not yet returned to Goodison Park, and while it looks like Allardyce will be well capable of securing safety for the club, better form will surely be sought.

Much like Allardyce, Pardew’s 10 games have seen him find a way to stem opposition goals while being unable to ramp up his own forward line (seven goals for, 10 against). Sadly the before and after split on results shows only a slight uptick on Tony Pulis last 10 games with a 1-5-4 record compared to Pulis’ 0-5-5. Perhaps most worrying is Pardew’s history of dismal post-Christmas form, although usually it's taken longer than 10 games for the rot to set in.

The worst Premier League first half to second half of the season points split this decade was recorded by Pardew’s 2015-16 Crystal Palace side. Two wins and just 11 points saw the team drop from fifth to 15th, while they scored just 26 per cent of their season’s points total in games 20 to 38.

In isolation that might not be too concerning, but the fourth worst demise came from Pardew’s 2013-14 Newcastle team - one of only five teams during that period to have scored under half the points in the second half of the season compared to the first half (16 to 33). Pardew doesn’t have the “saviour” reputation of Pulis or Allardyce, but he will need to keep his squad onside in order to remedy a slow start and avoid repeating his historical failings.