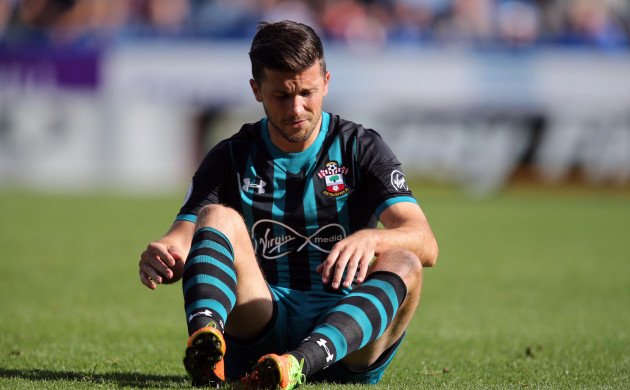 Poor recruitment has not helped Pellegrino at Southampton, but manager is also to blame for poor form

Four Premier League wins by the end of November will usually land you in mid-table, as it did for Southampton this season. On November 26 Saints steamrollered Everton 4-1 to climb into 10th position with 16 points and a moderate but firmly mid-table record of 4-4-5. They had scored 13 goals and shipped 15 - solid rather than spectacular, but good enough for new manager Mauricio Pellegrino to have passed his first semester without too much consternation.

It also wasn’t a world away from the position Southampton had found themselves in at the same point last term, where they were a point better off but had seen their season hampered by a lack of goals, netting just 13 times while letting in 12. So far, so similar. However, there had been a nagging feeling that Claude Puel was close to generating better returns - after all, he had balanced a Europa League campaign alongside a run in the League Cup, eventually reaching the final of the latter competition.

Puel’s charges had carried a heavier workload, so by the turn of the year his team had played six more games than Pellegrino’s men have this time around. Despite this, their subsequent run to this point was slightly better. Games 14 to 23 were erratic but did at least feature three wins alongside a draw and six defeats. In contrast, Pellegrino has overseen a ten-game run without a single victory (0-5-5), which is why the vultures are beginning to circle.

The pressure of a winless run is impossible to ignore and will always appear magnified after giving up a two-goal advantage, just as Saints did against Watford at the weekend. There’s also the nature of how managerial jobs have evolved this season. The top six are currently fairly stable, and the three promoted clubs are all outside the relegation zone and have retained the bosses who brought them into the league.

Of the other 11 teams, seven have parted company with managers already this season. With Burnley and Watford currently residing in the top half and keeping hold of Sean Dyche and Marco Silva respectively, the bottom half of the table features the promoted teams, teams that have sacked managers, Bournemouth - with Eddie Howe buoyed by a victory over Arsenal and up to 13th place - and Southampton, who currently sit 17th having posted four consecutive top-eight finishes.

A few months on, Puel’s sacking certainly feels hasty and little of what Pellegrino has put together resembles progress. Puel was criticised for being somewhat dour; Pellegrino’s results are erratic. It’s possible that a big part of the current predicament involves the now departed Virgil van Dijk. Summer 2017 was the first since 2013 in which Southampton didn’t lose a core member of their first team for a huge fee. Yet at the same time, after years of effective transfer business, the cupboard suddenly looks a little bare.

With Van Dijk gone, Southampton no longer possess cast-iron assets with such realisable value as Adam Lallana, Dejan Lovren, Nathaniel Clyne, Sadio Mané and Victor Wanyama, nor players with potential like Calum Chambers or Luke Shaw. The club which bought, developed and sold extremely efficiently for a number of years may have run out of transfer fortune.

Sofiane Boufal arrived for a decent fee in 2016 but has been inconsistent, Nathan Redmond hasn’t kicked on as was hoped, and Jordy Clasie was a complete flop. Pierre-Emile Højbjerg is yet to realise his potential, Manolo Gabbiadini has found goals harder to come by the longer he has been at the club, and neither of last summer’s major signings, Mario Lemina or Wesley Hoedt, have hit sufficient form to suggest Southampton's recruitment team are still firing on all cylinders.

If we view transfer success as, to some degree, an exercise in coin-flipping, Southampton haven’t called correctly for quite some time. They may not have changed their strategy, so it’s entirely plausible that randomness can drive this; sadly for Saints, though, the results of such a run can be costly - just look at Swansea's struggles.

Southampton’s squad currently looks fit to perform but not prosper within the Premier League. Defeat by Tottenham in their next fixture could well see them drop into the relegation zone with just 14 games to play. Then the board may face a tough decision: too late to change, or too risky not to? Pellegrino may just be the wrong guy at the wrong time, but the deal is the same for him as any other manager: win matches or go. Regardless of the reduced strength in Southampton's squad, four wins in 23 is just not enough.