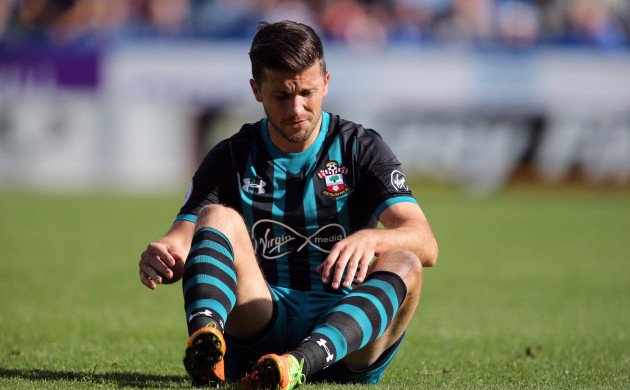 Southampton have made a laboured start to the season under Mauricio Pellegrino. It hasn’t been a disaster - two wins and three draws have them sitting in 11th place - but nobody who has watched the side since August would argue they look healthy.
Beyond the odd personnel change, Pellegrino’s side isn’t noticeably different from the one constructed by Claude Puel: it has many of the same strengths, all of the same weaknesses, and a need to improve in all the same ways. Managers often carry the can for these issues. As with Puel’s side previously, those looking down on this Southampton see a team of fairly talented players performing in an underwhelming way and conclude, not necessarily incorrectly, that they are being coached under their potential.

It’s not unreasonable, for instance, to suggest that Nathan Redmond could be more productive than he is, or that Dusan Tadic has become a frustratingly hesitant presence in the attacking areas. Or, most pertinently, that Fraser Forster looks like a goalkeeper bereft of confidence who, unfortunately, is now doing as much harm as he once did good. All technical problems for which Pellegrino is ultimately accountable, but all possibly symptomatic of something which runs deeper.

They say nothing lasts longer than a good first impression and maybe that’s true of Southampton’s recruitment. It’s something which is still assumed to be excellent despite mounting evidence to the contrary. The summer of 2014 remains key to the club’s reputation. Mauricio Pochettino was snatched away by Tottenham, a whole raft of influential first-teamers were sold and yet, still, progress up the table continued unchecked. Sadio Mane, Graziano Pelle, Shane Long and Tadic all arrived, Toby Alderweireld was smartly loaned from Atletico Madrid, and Ronald Koeman welded those parts into something thoroughly impressive.

The consequences have been lasting. To this day, the dominant association with Southampton remains their ability to identify players. They are a club who scout well and make good decisions. Increasingly, though, that seems to be perception based on a single, strong precedent.

Admittedly, 2014/15 isn’t an exception. The following season, Virgil van Dijk, Oriel Romeu and Cedric Soares were collectively signed for under £30m and could now be sold at vast profit. The point to make, though, is that with each passing season the good signing/bad signing ratio seems to drift. Transfers are a coin-flip business and no recruitment department, no matter how analytically sound, will ever achieve a perfect strike rate. That being said, Southampton are currently falling well below the 50 per cent line.

Whatever tactical problems may exist in the side itself, it’s also reasonable to query the way it’s being stocked. Manolo Gabbiadini was a shrewd acquisition, Redmond too, but the club have been guilty of making all sorts of missteps in between: Pierre-Emile Hojbjerg has been desperately disappointing since arriving from Bayern Munich, Jordy Clasie has been a failure, and Sofiane Boufal, although evidently talented, doesn’t look built for English football.

There’s time for all three to disprove that judgement, but their individual reputations have all nosedived since moving to St Mary’s. Similarly, while Mario Lemina is clearly a capable player who has performed admirably since moving from Juventus, the rest of the window activity neglected to improve the areas which needed the most attention. Not every incoming player has to be a headliner, or even cost a great sum of money, but it stands to reason that resources should be funnelled towards weaknesses.

That’s another troubling theme. Among Southampton’s ailments last season, as well as unreliable goalkeeping, was the absence of a productive central playmaker and a forward who could provide the kind of physicality that the team is built to lean on. Astute goalscorer though Gabbiadini is, his light frame looks curious at the top of a formation structured for muscularity.

Theirs is a system designed to create crossing opportunities and which often leaves its lone forward isolated; the requirement - obviously - is for more than a featherweight striker. Not necessarily instead of Gabbiadini, but at least alongside him. The Italian has never been prolific and never been thought of as a line-leader. During the best form of his career, arguably between 2013 and 2015 with Sampdoria, he almost always played alongside a foil (generally Stefano Okaka or Eder ).

It’s an anomaly which suggests a disconnect. While Southampton’s traditional strength has been the alignment of its departments, there’s now evidence of disjointed thinking. The decision to appoint Pellegrino certainly made sense: Alaves overachieved under him and did so at a financial disadvantage and while using a familiar 4-2-3-1. That side, however, depended greatly on the physical contribution of Deyverson, a physical, multi-skilled forward who was outstanding in the air and a menace in the penalty-box. The kind of player, ultimately, that Pellegrino doesn’t now have.
In isolation, that seems like the kind of minor detail which can be corrected in January. However, it’s exactly the sort of issue which Southampton used to be so proactive in addressing. When Koeman arrived from Feyenoord, Pelle followed: not because he was the best forward available, but rather because the imported system depended on his style of play. It’s not a coincidence, obviously, that Everton are currently struggling without a proper focal point.

There’s no need to be alarmist about what’s happening at St Mary’s, or to even claim a crisis. What is concerning, though, is that the club - outwardly at least - appears to have lost sight of what allowed it to reach its modern apex. Or, more likely, has become less efficient in their execution of those practices.

The effect is this imbalanced, impractical squad playing football which seems destined to underwhelm; a hodgepodge forward line which doesn’t suit the manager’s ideology, an underperforming goalkeeper who has no real competition and no incentive to improve, and a one-speed attacking midfield restricted to playing in the same way and within the same areas.

Southampton’s infrastructure has been designed to resist flux. Managers and players come and go, but the singular vision remains as a stabiliser. It’s smart and it’s been proven to work, but a refocusing is required if it’s to continue to do so.