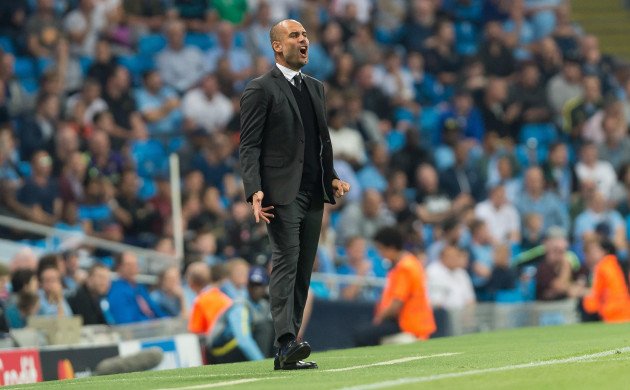 As the Premier League season rolls into its final month, attention inevitably focuses more sharply on the teams with most at stake, whether the prize in question is the title, survival or a place in the highly-coveted top four and guarantee of Champions League football. But while title races and relegation dogfights have tangible rewards and disappointment, is the battle to play in Europe’s principal club competition really one worth winning?

The argument in favour of qualifying for the Champions League is twofold. First, the extra spending power that comes with competing can bolster a side’s chances of obtaining higher quality players; secondly, the supposed prestige of participating in the tournament is assumed to make a club much more attractive to the world’s best players.

According to UEFA, Real Madrid’s Champions League victory in 2016 netted them £80m, while beaten finalists Atletico Madrid pocketed £69m in earnings from the entire competition. However, the prize money plummets for those who fall earlier in the competition – Manchester City’s run to the semi-finals brought £51m, while a quarter-final spot rarely provides more than £40m. Just how much of a difference do these sums really make?

The Premier League’s prize money is comprised of an equal share of the division’s television income combined with a ‘merit based’ fee (based on league finish) and a facility fee (based on the number of televised matches throughout the campaign). Each club’s equal share is £85m, and this year’s champions are set to earn a total income of £150m; the bottom club, meanwhile, will net no less than £98m.

This means that even the basement club will earn more from their league participation than the prize money available for winning the Champions League, while the top-flight winners will receive just shy of double the amount. This is in addition to the hundreds of millions that clubs rake in through sponsorship deals, partnerships and other revenue streams.

These lucrative figures are unique to England, with clubs competing in other major European Leagues receiving only a fraction of the income. La Liga – Spanish clubs have won all six of the most recent major European competitions – is an interesting comparison. For the 2015/16 campaign, Atletico received only £42m and Sevilla made a mere £32m – less than a third of what this year’s relegated English clubs will earn.

It is therefore reasonable to conclude that, financially speaking, Premier League clubs’ participation in European competition is of much less significance than it is to their continental counterparts. But what of the Champions League’s prestige and its ability to attract the stars of the global game?

Manchester United and Chelsea were among the English clubs to miss out on Champions League football for the 2016/17 season, yet all four of United’s summer signings were lured from clubs who had qualified, while N’Golo Kante swapped Leicester City for Chelsea and David Luiz moved to Stamford Bridge from Paris Saint-Germain.

Those moves continued, rather than started, a trend; Romelu Lukaku, James Milner, Angel Di Maria, Radamel Falcao, Marcos Rojo, Toby Alderweireld and Son Heung-min have all moved from a Champions League side to one not in the tournament in recent years. Premier League sides’ qualification for the competition also coincided with Luis Suarez’s Liverpool exit (2014) and David de Gea’s proposed move to Real Madrid (2015), which only broke down at the eleventh hour.

The reasons for this are numerous: money – for players and their representatives – undoubtedly play a big part, as do guarantees of first-team football and the increased exposure that comes with playing in the most watched league on the planet. It is only logical to assume that the vast majority of professionals aim to play at the highest possible level, but this need is largely met by the stature of club and league, rather than a specific cup competition. In any case this is often offset by both financial incentives, as would be the same in any line of work. Consider that many deals are concluded or have the groundwork in place months before the summer and the ‘pulling power’ argument diminishes further.

Added to this, the evidence suggests that participating in European football actually damages prospects of prolonged success. In 2014, Liverpool’s first qualification for the Champions League in five seasons saw their Premier League points tally fall by 22. Leicester’s first season in Europe has coincided with the Foxes winning a minimum of 30 fewer points. Conversely, Manchester United’s one season without European football (2014/15) saw their highest points tally post-Sir Alex Ferguson, while this term Chelsea and Liverpool have prospered without European distraction.

Barring the 2013/14 campaign, the last five seasons have seen the side in fourth place finish a minimum of 15 points behind the eventual champions. It is reasonable to believe that adding six or more midweek matches the following campaign will increase fatigue and injuries. The recent title triumphs of Chelsea and Leicester have been built on consistent starting XIs and relative good fortune with injuries – two factors which European football can put at risk.

Liverpool are set to bring in an estimated £142m from their current league campaign, while UEFA’s figures estimate their ill-fated Champions League stint two seasons previously earned  them just £28m – less than a fifth of that amount. Arsenal have progressed from the group stage of the Champions League each year this century, but their trophy return has declined since their 2004 league title.

A top-four finish may well be celebrated by those who scrape over the line in the next few weeks. Arsene Wenger might not be alone in thinking that fourth place should be rewarded with a trophy, but the race is more likely a grand illusion that has been sold to English football fans to compensate for a lack of silverware. 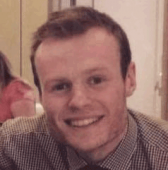 Colin Millar is a Seville-based freelance writer who focuses on Spanish and Northern Irish football. He is the Deputy Editor of Football Espana and writes for the Northern Irish Daily Mirror.