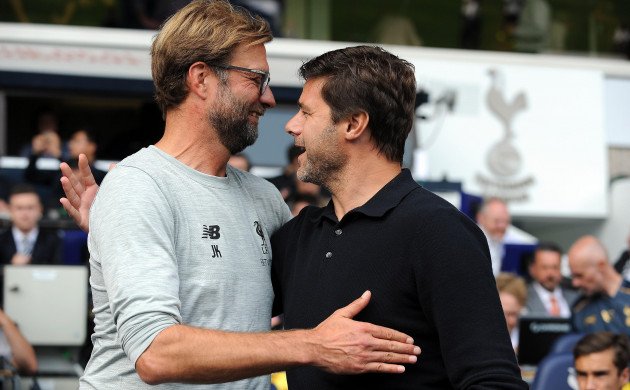 The race for the top four in the Premier League once again looks set to be contested by six teams. Arsenal, Chelsea, Liverpool, Manchester City, Manchester United and Tottenham were the dominant forces in 2016/17, and should be once more.

The sextet finished between eight and 32 points ahead of the best of the rest, Everton, and none lost more than nine games all year. Their dominance is easily explainable once you factor in financial power, but rarely do all the big sides get their act together at the same time, as they did last time out.

A key factor in Chelsea’s title triumph and Liverpool’s fourth-place finish was the duo's lack of European football; they will have no such assistance in 2017/18. Each of the six sides will be involved in continental competition, with Arsenal set to sample the unfamiliar environment of the Europa League.

Below is an analysis of three of the big six sides (part one was published earlier this week).

Enthusiasm about Spurs is tempered by their lack of transfer activity and the radio silence about potential targets. Last season's extremely strong home record - they won 17 of 19 and drew the other two - is unlikely to be repeated, regardless of the stadium move.

Tottenham will still be hugely fancied to beat the weaker teams at home, but European games and meetings with rivals will be tough wherever they're played. Any dip in form will probably lead to the location being blamed.

Under the surface there were great similarities between Spurs' last two seasons, with shot numbers and goal expectation running at close to identical rates, albeit with a slight uptick in defence in 2016/17. Mauricio Pochettino's main goalscorers overshot expectation last year but have a habit of doing so; Harry Kane continues to be remarkably reliable, Dele Alli has a knack for timing runs and finishing, and Son Heung-min made significant advances in his second season.

It would be a surprise if Tottenham amassed 86 points again, but they remain a well-drilled team who are accustomed to a settled side and style of play. Even if the title proves out of reach, they still have enough about them to be part of the chasing pack.

The first half of 2016/17 was a heady time for Liverpool: scintillating attacking play, excellent underlying numbers and what looked to be a shot at the title. Jürgen Klopp reaped the benefits of his first full pre-season and managed to get his team to hit the ground running.

But then Philippe Coutinho's unfortunate injury struck, Sadio Mané left for the Africa Cup of Nations and the fixtures piled up. The squad was stretched and showed that it lacked the depth required to challenge on more than one front. And this without a European campaign to add to the strain.

Mohamed Salah is the best player to move to the city all summer and his arrival means Liverpool can now cushion the blow should they lose Coutinho, Mané or Roberto Firmino to injury. Less certain is how well stocked the rest of the squad is to survive the added pressure of the Champions League fixtures, should the Reds dispose of Hoffenheim in the qualifiers. There's certainly still work to do in this transfer window.

Liverpool also need to find a way of disposing of the lesser sides with greater consistency. They were undefeated against their top-six rivals (5-5-0) last season, but dropped points in 11 of their 28 other games. Likely a quirk, such a record will nonetheless have provided Klopp with food for thought during the summer months.

Arsenal aren't used to being outsiders looking in, but that's where they find themselves after a stark decline in 2016/17. Truly awful form in the winter hastily extinguished talk of a title tilt, and by the end of the campaign they had given up far too much ground in the race for fourth. The Gunners played pretty football at times, but inconsistent performances and an inability to compete in big games echoed seasons past.

In signing Alexandre Lacazette, Arsene Wenger at least looks to have tackled one squad hole; the Frenchman brings a solid pedigree of goal-getting from his time at Lyon. Sead Kolašinac on a free may well prove a steal, but it still feels like Arsenal are light in the middle of the park, with an ageing Santi Cazorla still absent. Are those two transfers enough to move the needle, even with the retention of Alexis Sánchez? Perhaps not.

Arsenal’s long top-four streak was underpinned by the fact they were under practically no threat from the teams below them. The landscape, though, has now changed: Tottenham have emerged as a contender and Liverpool have improved under Klopp, which means nothing can be taken for granted.

Goal expectation and reality regularly differ, but where last year’s table showed Chelsea and Tottenham as superior to their rivals, statistics hinted at a slightly different reality.

Those two sides achieved a significant boost ahead of expectation in their goalscoring, which propelled them ahead of the rest. Their defences were solid, but the difference wasn't enough to be confident that Conte and Pochettino's sides were really that much better than the chasing pack. Indeed, Manchester City’s season profiled as the one that got away, as their attack created better chances than their rivals - the team suffered because they didn't put them away. Sure, results are the name of the game, but such measures can inform overall expectation ahead of the new season.

The tension here is simple: each manager is expected to finish in the top four, yet only two-thirds of them can. United tanked the end of their domestic season in 2016/17 and found another way into the Champions League by winning the Europa League, but that kind of angle cannot be relied upon.

It's most likely that two teams will fail to reach the promised land; with this being Jose Mourinho, Pep Guardiola and Antonio Conte’s second season, failure to compete at the very top could bring severe consequences. Jürgen Klopp and Mauricio Pochettino are in their third and fourth seasons respectively, and perhaps enjoy less pressure than their rivals, but Arsene Wenger must prove 2016/17 was a blip rather than part of a trend.

So who wins out? Manchester City and Chelsea look the least vulnerable, but there seems to be a fairly thin margin between the quality of the other squads. One prediction: the 2018/19 campaign will not feature the same set of managers at the big six clubs.