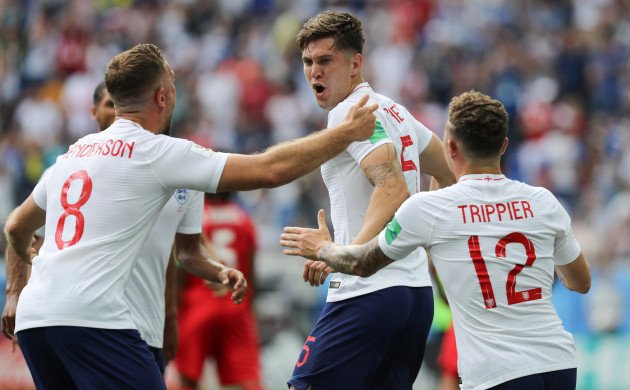 Should England and Belgium go all out for a win on Thursday?

Watching the World Cup this week, I was reminded of a comment Colombia's assistant manager Esteban Cambiasso made about modern football. Ten years ago all fans had to think about was buying a ticket. It helped if they had a rudimentary knowledge of the rules of the game. Now with FFP and VAR they're expected to be accountants one minute and law enforcers the next.

The game done changed. In one sense it has become more fierce, hitting higher levels of intensity than ever before because of advances in physical preparation and nutrition. In another it's grown more complicated, more Byzantine. This isn't to say the sport is less fun because of it. Far from it.

While some co-commentators and pundits go apoplectic, unable to contain their exasperation, others appreciate the heightened drama and suspense these additional, opinion-dividing layers are contributing to the game.

At the moment the puzzle we're engaging with is the permutation game. Managers and fans alike are asking is it better to top a group or finish runners-up? Which side of the draw is it more advantageous to end up on? And do you rest players in your final group game thereby risking a morale denting defeat or persist with the same team for the sake of momentum?

Thursday's game between England and Belgium in Kaliningrad fires the imagination because it pits so many club level teammates against each other. The encounter feels like an all-Premier League affair. The other reason the game is generating it's fair share of intrigue is the apparent contrast in approach from both managers after winning their first two games.

Essentially a play-off to win the group, from everything Gareth Southgate has said it's evident he doesn't want England to lose that winning feeling. In a cost-benefit analysis it appears he believes a defeat would be more damaging than a pyrrhic victory, which might tire his best players out and land England on the same side of the bracket as Brazil, Germany, France, Argentina, Uruguay and Portugal.

Roberto Martinez seems to have come to the opposite conclusion. Reports suggest he could make as many as 10 changes to his Belgium team and views the criticism a loss might generate a risk worth taking if it means his players are fresh for the knockouts.

Of course he will try and win the game, perhaps taking a leaf out of Croatia's book. Zlatko Dalic mixed things up a lot in their final group game against Iceland,  which figured as a strange kind grudge match on account of the Vikings making his country qualify for the World Cup through the play-offs. Maybe that explains why motivation among the Croats was so high but Dalic was able to give a number of his top players a breather without interrupting the team's winning streak. A result like that creates an ulterior boom in self-belief and left the impression Croatia are for real.

Nevertheless as it stands it's easier to plot a route to the final for the runner-up of Group G than it is for the winner. It also means an extra day of rest and conveniently for Belgium that three of the remaining four games are in Moscow, which just so happens to be where they are based. That said, be careful what you wish for. If Senegal or Colombia emerge from Group H as winners then a trap game awaits them in the Round of 16. Then a quarter-final with Mexico or Switzerland looks probable.

The crux of the matter is we're unlikely to come away from England-Belgium with a clearer idea of how good either of them are. The big questions about the vulnerability of both teams' left-hands sides and how their back threes manage to cope under sustained pressure from elite attacks will probably continue to hang in the air. Romelu Lukaku has an ankle knock, Eden Hazard has a manageable calf issue, and Kevin De Bruyne, Jan Vertonghen and Thomas Meunier are all one booking away from suspension.

In some respects, it's a shame and FIFA should have made all the top seeds open the tournament against each other. An instant classic like Portugal 3-3 Spain wouldn't have been guaranteed in every game. But it would perhaps have helped avoid the situation in Groups A and G where the final matchday revolves around speculation about the conundrums managers face without qualification being in any jeopardy.

Other than that the drama this World Cup has thrown up already makes it one of the most memorable tournaments in a long long time. Upsets, own-goals, record numbers of penalties and late winners, the presence of so many heavyweights on one side of the draw and the prospect of a surprise on the other is one heady mix. The flaws of this World Cup as experienced in some of the refereeing decisions and the scheduling of some of the fixtures are not, on the whole, diminishing the spectacle. Perfection is to be found in its imperfection.