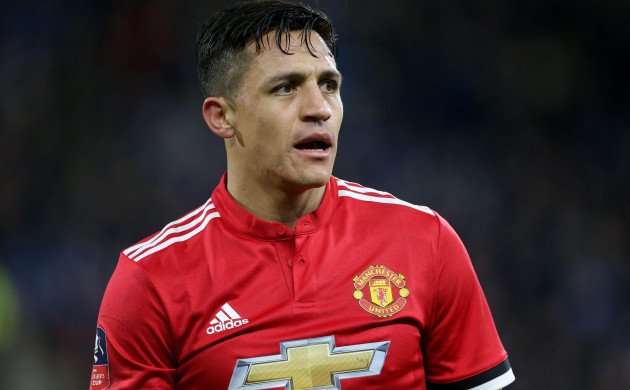 Sanchez starting to find feet at Manchester United - could he help them win next season's title?

Alexis Sanchez assisted two goals in the Manchester derby on Saturday, yet if someone had said that was going to be the case a few months ago, most would have assumed he's be wearing blue and not red.

Coveted by Pep Guardiola last summer, the transfer broke down late on, although speculation was rife that Manchester City would go back for him in the January transfer window. However, rivals Manchester United pipped them to the post, with the Chilean deciding he wanted to play at Old Trafford instead of the Etihad.

Arsenal legends were wheeled out to label Sanchez as a mercenary but that was an unfair portrayal. The forward knew he could be the star man at United, while at City he might struggle for playing time. For United fans, that shows a worrying difference between the teams at the moment, but it also shows Sanchez’s desire to earn his role in success, rather than just picking up a winner's medal for a title City more or less secured months ago.

It’s also worth remembering that Sanchez had talked about playing for Manchester United for years before the club ever came after him. Pictures of him in a United training top from a decade ago did the rounds on social media.

When Sanchez chose United, some pundits and fans wanted to paint United as a club where the money was the only pulling factor. It’s hard to believe that some were describing the country’s all-time most successful club, with one of the best managers in world football, as merely a payday for top talent.

It is also doing Sanchez a disservice, to suggest that money rules his heart. While proving to be a popular figure in the United dressing room - if the way he was mobbed by his teammates following his goal against Swansea is anything to go by - he rubbed a few people up the wrong way at Arsenal.

Hector Bellerin attempted to explain why that might be the case after Sanchez left the club. “He's a player who always wants to win,” he said. “He demands from everyone, and sometimes it can be quite too much. But the good thing about him, he just wants to win, it doesn't matter who he's playing for.”

Sanchez opted for red over blue and in the opening few months of his time at Old Trafford did little to make City rue his decision.

It was always unlikely that he was going to hit the ground running, given he had spent a few miserable months at Arsenal before being dropped in to a team with a completely different mindset and tactics.

Jose Mourinho had already claimed he expected United fans would see the best from Sanchez next season. He will have the summer off, thanks to Chile’s failure to qualify for the World Cup, then will enjoy a pre-season with his new team in the USA, fresh to start the next campaign.

Yet in the weeks leading up to derby day we saw a steady improvement in Sanchez. He scored one and assisted another in United’s 2-0 win over Swansea in the game before the visit to the Etihad.

The pressure was on him when playing against City, knowing full well what would be written about him if they not only won the league title, but did so by beating his team.

United went in 2-0 down at half-time, but thanks to some passionate words from Mourinho, Ashley Young, Michael Carrick and Ander Herrera, United were a different animal in the second half.

Ten minutes after the restart, Sanchez crossed the ball to Herrera, who chested it down to Pogba, whose strike pulled one back for United.

Seconds later, Sanchez was on the attack again and this time he played an inch-perfect ball over City’s back line straight to Pogba, whose header made it 2-2.

To finish the perfect quarter of an hour of football, Sanchez delivered a free kick to Chris Smalling to put United 3-2 ahead and win the game.

Among all the talk of Pogba’s blue hair and Smalling’s redemption after allowing Vincent Kompany to take the lead, it was lost just how much of an impact Sanchez had on the game. He played a significant role in all three goals as United denied City the ultimate bragging rights of winning the league against them.

This is why Sanchez signed for United. He can make a difference at this club and while the title may be going to City this season, he will believe he can win it next season. If he didn’t, he wouldn’t have chosen United, and after his derby-day exploits, the fans are very grateful that he did.