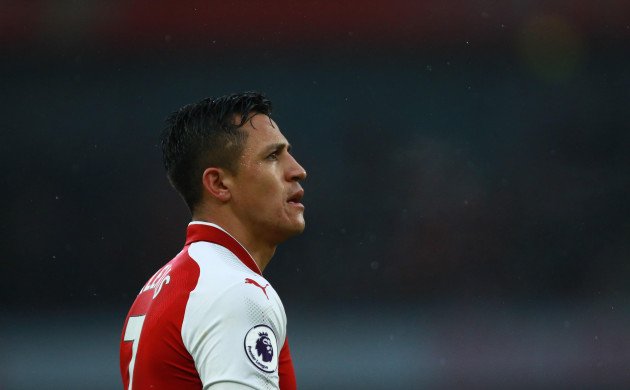 Alexis Sanchez is heading to the right side of Manchester

Something about Manchester City’s pursuit of Alexis Sanchez always seemed ill-considered. The Chilean remains an outstanding player, of course, one who would theoretically blend with Pep Guardiola’s side, but his profile remains slightly off. Sanchez is 29 years old, prone to the occasional diva moment, and hardly the most pliable footballer in the European game.

And isn’t that the essence of this current City side? Even among the players inherited by Guardiola, there’s a strong sense that attributes have been re-tuned to the common purpose; David Silva has had his role modified, Raheem Sterling and Kevin De Bruyne too. All, it should be said, with tremendous success.

Sanchez is an opaque character and few reliable accounts of his personality exist. Nevertheless, it’s interesting to note that while his attitude may have worsened as his Arsenal career has turned sour, his playing style remains unchanged. He still makes the same darting, driving runs from those shallow left positions and his game is still flecked with the same flair. Admittedly, his performances have recently become littered with outward shows of petulance, but that’s really an aside. Fabulous footballer though he may be, he isn’t necessarily an obvious candidate for repurposing and City’s potential purchase would only have made sense if there were a pre-existing, Alexis Sanchez-shaped hole in their starting eleven into which he could be dropped. There isn’t.

Interestingly, the team’s on-field chemistry seems - in part - to be catalysed by collective spirit. Even players typically employed in a supporting role - Bernardo Silva, Fabian Delph etc. - have shown a willingness to wait their chance and perform in whichever roles become available.

In a sense, that’s to be expected: at the beginning of a winning cycle, there always tends to be enough success to go around. With specific reference to Sanchez, though, it’s tempting to wonder what his place in that side would have been and, more pertinently, how his attitude might have flared if he wasn’t assured of one by right.

Involving him might also have been trickier than assumed. From an ability standpoint, Sanchez would doubtless have been an asset, but who would Guardiola have omitted to accommodate him? Sterling, whose goals and penalty-box instinct have been so valuable? Leroy Sane, who is steadily growing into the leading left-sided player in the country? Or Kevin De Bruyne, who is arguably already a more rounded player?

Consider also what the ripple effect of such a situation might have been. The City dressing room seems more harmonious than at any other point in their post-takeover history and, for all his attributes, Sanchez would have threatened that. A bigger contract and a more realistic opportunity of success would assuage the frustrations he’s felt at Arsenal, but his sheer presence at the Etihad would displace someone and potentially introduced a negative energy which Guardiola has no need to tolerate. Given what has already been achieved and how this season will almost certainly end, it would have been very hard to defend that transfer had it taken place.

At the time of writing, Sanchez’s move to Manchester United remains theoretical. Mino Raiola is now involved, bringing a layer of inevitable complication, but a resolution is still expected. And that does make sense. United have become the club of the shiny bauble. Jose Mourinho remains as disinterested as ever in progressing developing careers and retains his preference for fully-formed, off-the-peg footballers.

At boardroom level, Sanchez makes equal sense. He’s another star of the game to add to their collection and one who also strikes the right notes commercially - a player with an obvious worth on the pitch, but who will also fill out a billboard in downtown Santiago very nicely.

The modern football supporter likes transfers to be a victory in themselves; someone must win and someone must lose. Inevitably then, this will be portrayed as a victory for one club and a galling defeat for another. However, a more dispassionate reflection would likely conclude that everyone’s interests have been served: Manchester United have recruited a player who suits interests in a variety of ways, Sanchez himself will receive the financial reward he’s long been seeking, and Manchester City - one suspects - will carry on as normal.