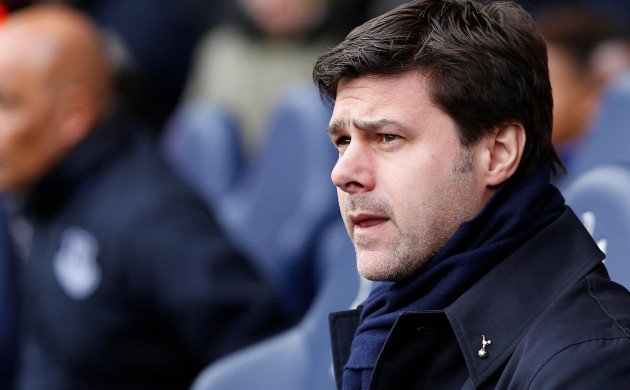 Pochettino must start getting more from Tottenham’s fringe

There are reasons behind that. Most obviously, Llorente is operating behind Harry Kane, the form forward in England over the past three years and a player upon whom Spurs are heavily reliant. Kane is not only a superior and younger forward, he’s also the key to his side’s attacking chemistry. With few stylistic similarities between the two, replacing one with the other is always likely to come at a cost.

Llorente isn’t a direct alternative to Kane; he represents a complete change of direction. There may be some physical crossover, with both capable of holding the ball up and challenging aerially, but their habits, traits and patterns of movement aren’t entirely different. From that perspective, this is an entirely predictable situation. Llorente presumably arrived at Tottenham knowing the likely reality and, a month away from turning 33, he’s presumably content to bask in Kane’s shadow for his final top-flight days.

At Southampton on Sunday, Mauricio Pochettino’s team were stodgy. Illness had ravaged the squad during the preceding days and its legacy was an energyless, craftless performance which never really came close to ending in three points.

As his team laboured, Llorente spent much of the second half warming up. Ultimately in vain, though, as he would never see the pitch. When he joined the club in August, supporters were naturally enthusiastic: his pedigree was hard to argue with, he was arriving fresh off a highly successful first season in the Premier League and, the strengths within his game cast him as a useful alternative to Kane, as well as a valuable tool against deep-lying opponents.

To date, it hasn’t really worked - and, as time passes, it seems clear that Llorente is caught in something of a vicious cycle. The match sharpness he requires and the understanding he needs with his teammates can only be developed through regular involvement. An involvement which he’s unlikely to get without demonstrating those same qualities.

It’s difficult, but hardly an original situation. It’s one, therefore, that Pochettino is responsible for. As many Tottenham supporters will tell you, he is not proactive on the sideline and is nearly always hesitant in making substitutions. It’s something which is well-known to those who attend or watch games regularly, but less to those who see the team through a neutral lens - it often doesn’t cost the team points, so it isn’t particularly noteworthy within the context of the league as a whole.

If Spurs are to grow, though, it’s something which needs to be addressed. Criticising Pochettino for anything seems churlish - or ungrateful, given everything he has done for the club - but the Llorente situation does characterise one of his managerial naiveties. He’s too loyal to his starters and occasionally too patient with poor performance. Against Southampton, for instance, Dele Alli had one of his worst games of the season - he was dreadful - but the theory of what he might be able to do kept him on the field. Excellent player that he is - and having a history of decorating poor games with important goals - Alli has probably earned that latitude.

But as laudable as that seems, it’s not really a trait found at many successful clubs. Pep Guardiola gives short shrift to anyone not meeting his standards and is never afraid to make a change. Jose Mourinho, too, developed a reputation for putting his team’s overall interests ahead of individual players. Sometimes brutally so. In a way, it’s contradictory. Pochettino rotates certain parts of his team too much at times, threatening its balance unnecessarily. In other areas, though, particularly around the forward line, his preference for stability and reluctance to use alternative options actually narrows his squad, preventing players from developing any semblance of form, confidence, or connection with the other players.

Llorente is just the latest example, but there are others. Vincent Janssen, who was perhaps never quite good enough, suffered horribly last season. Georges-Kevin Nkoudou is another. Also possibly under-talented, but never really allowed to prove otherwise. By the time he left the club to join Burnley on loan, he was a shell of a footballer.

Pochettino has done so much good and, of course, a frustrating reticence to change doesn’t necessitate a reframing of his Spurs career, but this is something he’ll have to remedy if Tottenham are to keep striding forward.