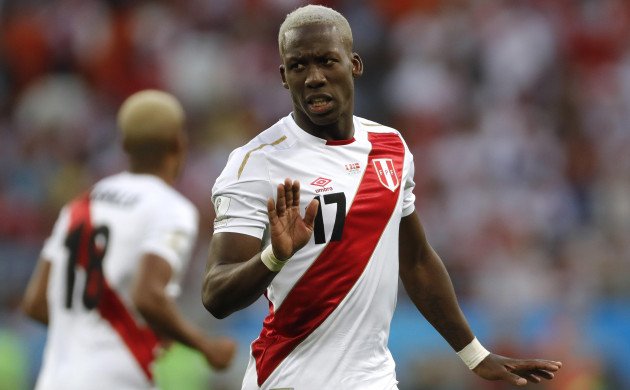 “I have no complaints about my players,” said coach Ricardo Gareca. “The image that Peru have left is positive.”

It certainly is. In terms of the level of play against Denmark and France, Peru exceeded all expectations on their return to the World Cup for the first time since 1982. Especially impressive was their boldness. They looked their opponents in the eye. They would not let Denmark and France into their penalty area, and did as much as they could to impose themselves on the game. They deserved better than a pair of 1-0 defeats and early elimination.

Little details make a huge difference. The missed penalty by Cristian Cueva against Denmark. Paolo Guerrero being caught in possession in his own half against France. Occasional missed chances, such as Guerrero firing at Hugo Lloris or Pedro Aquino glancing a shot off the post from just outside the area. And perhaps most of all, a little incident from the final warm-up game, a goalless draw against Sweden.

Over the course of the remarkable recent rise of the Peru side, the most important player has been central midfielder Renato Tapia. An imposing figure in the centre of the field, Tapia has excellent balance to go with his strength. He is the player who balances the side out – and he can also rumble forward when the side is in search of a goal. He was superb against Lionel Messi when Peru travelled to Argentina for a vital World Cup qualifier and came back with a valuable 0-0 draw.

But towards the end of the Sweden game, Tapia picked up an injury, a slight knock that forced him off with 15 minutes to go. It seems he had not completely recovered in time for Peru’s World Cup opener against Denmark.

This always looked like the key match of the campaign. With France coming up second, Peru had to avoid defeat against Denmark. Then, even if they went down to an expected defeat against the French, they would still be in the fight for a place in the second round come the third group game against Australia. So much, then, was hanging on the first match.

And indeed, Peru played a fine game against Denmark, roared on by the army of their travelling fans who have caught the global imagination in the last few days. Peru were clearly the better side, deserving at least a draw. But they failed to take their chances – especially, of course, that Cueva penalty. And Tapia, still struggling to shake off his injury, was unable at key moments to perform with efficiency his most important defensive task – that of stopping Cristian Eriksen from getting behind him.

There was a warning in the first half, when Tapia ended up fouling the Tottenham playmaker on the edge of the area and picking up a yellow card.  And the big blow came in the second. Peru were caught on the counter. Tapia lost his positioning. Eriksen was played in behind him, and slipped a pass for Yurary Poulsen to beat the keeper, win the game and claim the three points for Denmark.

To make matters worse, Tapia picked up a bang on the head during the course of the game that gave him concussion, and prevented him from remembering the match afterwards. He was not risked in the France game. He should be fit to return against Australia, but there will be no further World Cup matches for Peru. Not this year, anyway.

The task now is to build on recent progress. Two years ago Peru seemed to have no chance of reaching the World Cup, and the idea of their being competitive against the likes of Denmark and France would have been ludicrous. But they went into the World Cup on a run of 15 games unbeaten, and emerge with considerable credit from both defeats they suffered.

Where some have come to Russia to sit deep and spoil, the attitude of Peru has been much more positive. The comparatively recent preference for the dynamic Luis Advincula over the more defensive Aldo Corzo at right back was symbolic of a side that aimed to take the game to the opposition wherever possible. Their young side should have picked up huge amounts of confidence. They should aim to be back in four years time – with Tapia, nicknamed ‘the captain of the future,’ leading them out and showing his best form.