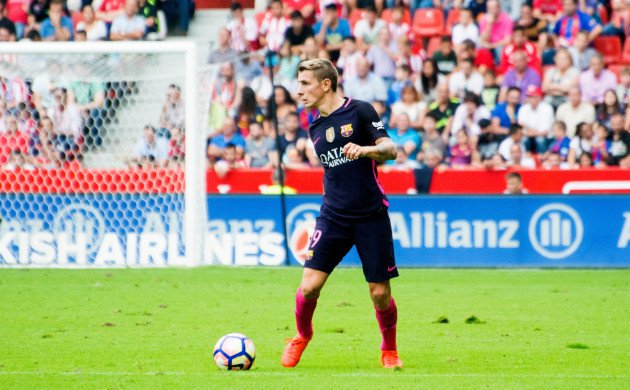 Ernesto Valverde may have won a domestic double during his first season in charge of Barcelona, but the Extremadura-born tactician has not been immujne to criticism. As is always the case when a club has a long history of success, winning can sometimes come in second place. If the trophies are a given, the methodology behind victory becomes important, while the personnel basking in said glory also comes under the microscope.

Back in April, Valverde put out the first Barcelona starting XI to not feature an academy graduate for 16 years; a record spanning back across many coaches' spells at the helm, one not given a second thought due to the invariable inclusion of players such as Victor Valdes, Xavi or Gerard Pique over the years. Even before the farewell of Andres Iniesta, an era was over. The club’s hierarchy would have to decide whether that game against Celta Vigo was a blip or a theme to continue.

While this summer’s spending may not be demonstrative of a seismic shift in philosophy, with Malcom, Clement Lenglet, Arthur and Arturo Vidal coming in for a combined total in the region of €220m euros, Barca received an impressive €75m payload for shipping out some deadwood or mediocre talents that would be blocking the way for La Masia graduates to get chances in and around the first team.

Yerry Mina, Lucas Digne, Aleix Vidal, Andre Gomes, Douglas and Paulinho made way, as only Gerard Deulofeu moved on a permanent deal to Watford from the club’s home-grown contingent. The likes of Munir El Haddadi and Rafinha have returned from loan deals and could still have a role to play for Valverde, while the club’s US tour was a chance for B team talents to impress.

Just 14 first-team faces made the journey across the Atlantic, due to extended rest and holidays for plenty of the Blaugrana’s biggest stars, with 13 Barca B players padding out the travelling squad. Among them, young left-backs Marc Cucurella and Juan Miranda made the cut. Both youngsters boast plenty of minutes with Spain at youth level, as well as plenty of experience gained with the club’s yo-yoing B team.

Despite April being the symbolic pinnacle of the fact that the pathway to Barcelona’s first team has become overgrown in recent years, this summer is the biggest opportunity that the club have had to prove to their young talents that leaving for other European clubs en masse is not the only way to cut their teeth as a top-flight professional.

Talents such as Jordi Mboula, Sergio Gomez, Adrian Bernabe and Eric Garcia have departed for the likes of Monaco, Borussia Dortmund and Manchester City in recent years, and Barca cannot afford to keep seeing quality prospects head off to pastures new and big European rivals.

Lucas Digne travelled to the States as a Barcelona player, but quickly found himself moved on to the Premier League after Everton stumping up a very good price for an expendable player. Thus far, they have not moved in the transfer market to replace him, with Jordi Alba the unquestioned first choice heading into the new campaign. There is room, however, for a left-back deputy.

Juan Miranda has been named in Barca’s squad for their Spanish Super Cup clash against Sevilla, with Riqui Puig also travelling to Morocco after standing out during pre-season in midfield. Miranda, despite being just 18 years of age, has the chance to keep learning and impressing against some of the world’s best players, and offers an attacking style of play that interlocks seamlessly with how the first team set up.

Alba started in 33 of Barcelona’s 38 La Liga matches last season, with the Spain international’s injury record staying extremely clean since 2016. Barring disaster, Miranda would be given a handful of games to impress in, perhaps due to rotation or suspensions, but most importantly it would be a huge step forward in terms of showing that La Masia has a strong future.

Abel Ruiz has stepped up to the club’s B team in the last six months, while young talents such as Mateu Morey and Nils Mortimer are waiting in the youth ranks to have the opportunity to step up and play some third-division football over the next year or two. Valverde has always been keen to go and watch Barca’s second team - that has been no secret - but actions speak louder than words.

Juan Miranda can be the poster boy for Barca beginning to put faith in La Masia once more, to convince those talents within its ranks that it is worth staying put, to ensure that their heads won’t be turned by tastier proposals abroad. Lucas Digne’s sale has put the ball in the court of the club’s hierarchy, now they just have to take advantage and plan for the future.