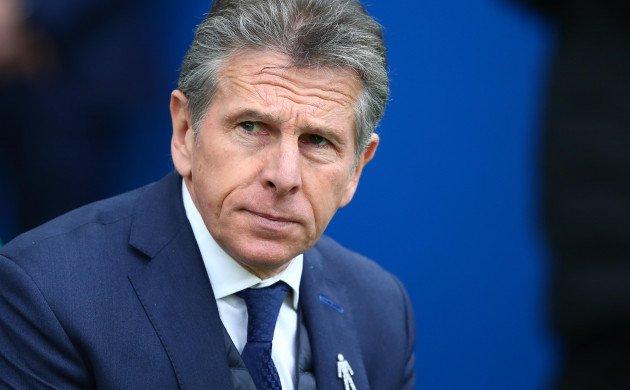 In late February, it looked like three Premier League teams would vie for a potential Europa League slot and a “best of the rest” seventh-place finish: Burnley, Everton and Leicester. Back then they filled slots seven to nine, and they still do, but their form has varied. Burnley have picked up 17 points, Everton 15 and Leicester just eight. Burnley have won the race for seventh and sit five points ahead of Sam Allardyce’s Everton who are safe in eighth, with Leicester a further five points adrift.

It looks a quick demise for the 2015/16 champions and it appears unlikely that they will pick up their form in the remaining two games of this season. Despite their woeful away form in general, Arsenal will still fancy their chances of a result when they visit the King Power on Wednesday night, while Leicester’s last game is a trip to Tottenham. They currently sit on 44 points: the exact same total they picked up in 2016/17.

So across two seasons, Leicester have burnt through three managers, but ended up in roughly the same place. Having witnessed what can happen when a team flips through managers and gets it wrong via West Brom, it’s possible that Leicester may prize some stability. Claude Puel initially found an early burst of form, but that gave way to a mediocre run that has lasted for the equivalent of half a season. Over that period, Leicester have won just four league games (full record 4-6-9).

Timing is everything in these matters, and although Craig Shakespeare’s full record was 8-5-8, he started that with five straight wins. His subsequent 3-5-8 record was enough for Leicester to discard him and Puel’s current rate is scarcely better. It’s a tough slot.

Puel looks well capable of landing a team in mid-table, just as he did for Southampton last season, but less able to create more. The long-term lack of wins is enough to put severe pressure on him. Leicester may well see the summer as an ideal break point, with time to give a new manager input towards recruitment and planning. If the Frenchman does indeed leave, with Leicester safely ensconced in mid-table, would that make Puel that most rare of beasts: a non-British reliable firefighting manager?

Regardless of whether Puel stays on beyond the end of this season, Leicester face a slightly awkward transition period that is emphasised if we look at the build-up of their squad. There are three distinct tiers to Leicester’s age profile and each presents it’s own problem. Firstly, in general, Leicester are too old. Of the 13 players in their squad to have played over 1000 league minutes, seven are aged 30 or over.

Part of the problem here is inevitable: six of them (Vicente Iborra is the odd one out) are veterans of their title-winning side, so verifiable legends of the club. That’s not to say that they aren’t capable of still performing at this level - each player’s longevity will vary - but it’s quite possible that there has been a certain added grace to any borderline players, who may be on the cusp or beyond decline.

At the other end of the age curve, Leicester have done a fairly decent job in investing in the future, by purchasing and promoting talented youngsters. Wilfred Ndidi, Kelechi Iheanacho, Ben Chilwell and Demarai Gray are all 21 years old and have significant professional experience at Premier League level. If Leicester retain them they have a great core for the future, but the fact remains that they are still extremely young and ahead of their prime years. Hamza Choudhury (20) and January signing Fousseni Diabaté (22) also fulfil this criteria and have found slots in the team recently.

These two factors - the mix of the young and the old - really highlight what is missing from Leicester’s current squad: peak age players. Of their squad only Marc Albrighton, Harry Maguire and Riyad Mahrez are between the ages of 25 and 29 and have played 1000 minutes. Adrien Silva is at the top end of the age curve here at 29 years old and due to issues with his transfer only joined up in mid-season.

What all this means is that whoever leads Leicester next season will likely find themselves with a squad that remains in transition. The forthcoming transfer window will be challenging, as to fill the squad with players of the right age will likely carry an added premium and that may be why Leicester have pursued a more creative approach up until now. Two years on from their title win, Leicester need to commit to building a new team, and find the right manager to lead them.