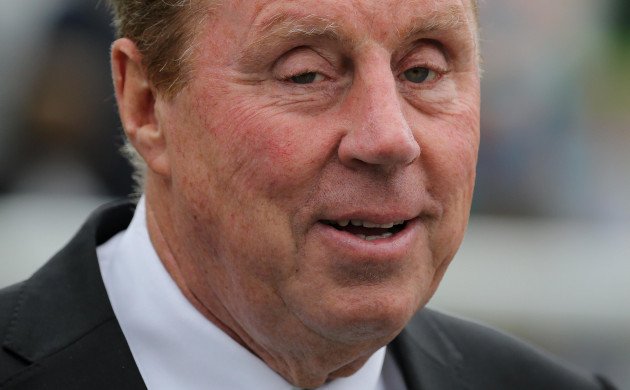 Harry Redknapp provided a contrast that will be missed

Tony D’Amato probably left at the right time. As Oliver Stone’s Any Given Sunday rolls to its credits, D’Amato, the head coach played by Al Pacino, is seen announcing his departure from the fictional Miami Sharks. The twist - Stone does have a mischievous side, doesn't he? - is that D’Amato and his Game Of Inches speech are not retiring, but moving to another team.

Birmingham is not Miami and English football rarely does Hollywood endings. Harry Redknapp found that out on Saturday. For him, there was no gathered media and no curtain call; no last word - not even from a lowered car window. There was no public truce, either. Journalists didn’t put down their pens and applaud, nor did they concede that, after he’s wandered back to Sandra and Sandbanks, the game will be poorer for his absence.

That’s likely because it’s just not true. In the five years since leaving Tottenham, Redknapp has relentlessly gilded his own cliches. There have been excuses and half-truths, complaints about squad depth and transfer ambition; it’s been a gift to his detractors. His personality has remained steady over the years, but this final act has played out without any of the mitigating success which once made him roguish rather than just tiresome.

“He’s an arrogant son of a bitch, but I’m going to miss him.”

“Arrogant” isn’t the right description, but he will eventually be missed. Trite though it may be to label him a character, he was exactly the kind of anachronism which is now being relentlessly purged by the game. Self-assuming Proper Football Men all over the country are being stalked and hunted, their platitudes no longer chiming with the public and “that friendly journalist” no longer willing to take their calls.

It’s the race for modernity. In others parts of society and with far greater cause, the levelling of monuments is being plotted at home and abroad. Symbols of a troubling, malignant past have no place in the contemporary world and the sooner they’re gone the quicker their symbolism can fade. In football’s own, take-itself-ever-so-seriously world, a similar movement is under way: once Redknapp’s marble likeness has been dragged from the temple, the people can start pretending that it was never there at all.

The contemporary football manager is really a philosopher. If once the coach was consigned to putting out the training cones, scratching chalk on a blackboard and howling three-expletive sentences from the touchline, now he is an ideological figure with a distinct belief system. Rather than identifying weaknesses in full-backs or emboldening players who lack self-belief, the modern equivalent has to actually represent something - he must be a disciple of someone. Their roots must be traceable too, preferably back to an obscure, career-defining conversation in a remote Portuguese village or a chance encounter on a South American mountain trail.

There’s nothing inherently wrong with such depth. There is, however, something tiresome in the modern determination to find texture in everything and the insistence on identifying great cultural impact at every turn.

Harry Redknapp, quite obviously, stood opposed to that. He too had a beginning, a middle and an end, but it wasn’t applied to everything he did in the game. Conversely, the perception was that he simply picked his best 11 players each week, shuffled them into a standard shape and hoped for the best. No Guardiola tweaking, no Mourinho-esque micro-deference to an opposition’s particular strengths and weaknesses. They are the bespectacled chess players; he was just someone with tatty shoes and a second-hand draughts board.

Obviously it’s a simplification and, in Redknapp’s case, it’s intended as a parody. However, it’s really typical of most managers of his era - successful or otherwise. Sir Alex Ferguson, whose periodic reinventions of Manchester United are rightly poured over, isn’t subject to any comparable intellectual scrutiny. In fact, to this day the most enduring Ferguson anecdotes seem to relate to either his temper or his personal relationships. Even Brian Clough, as successful as he was and revered as he continues to be, rarely has his tactical acumen examined.

In Clough’s case, the opposite is actually true. He has very much remained the hero of his binary relationship with Don Revie and the simplicity of his preparation and reduction of the game to its basic parts is often presented in refreshing contrast to Revie's laborious dossiers. Ultimately though, Revie seems to have won the day. The attention now paid to football’s minutiae - some of it justified, some it not - suggests that it would be Revie's poster rather than Clough’s on the walls of a million different bedroom bloggers and ever-so-smart amateur analysts.

Redknapp is clearly not Clough. He doesn’t have the European Cups, the league championships or the charisma. What he does have, though, is roots in a past which is becoming increasingly more attractive. As football’s popularity has spiked and social media has risen to multiply that interest, the game’s detail has grown far denser. The sport has evolved, certainly, while also developing an imagined gravitas which is hoisted onto every goal, every game and woven into every news cycle.

To portray Redknapp as comic relief would do him a disservice, but - and this stands in spite of the criticisms which are legitimately aimed at him - he was a personality who, whether fair or otherwise, embodied a simplicity that offered a novel contrast. You may not have liked him but you probably liked that he was there, interrupting the relentless flow of intellectualism.

Also, for every one of the Redknappian tropes which provoked such mirth, there is now a contemporary equivalent which is just as irritating. And, actually, many of his worst traits are just as strong in his successors. Is his “bare bones” spiel really so different from Mourinho’s perpetual demands for three more players and an extra £150m? Are the battles he fought with various chairmen not currently being re-enacted by Antonio Conte at Chelsea?

Yes, Redknapp hoarded praise and avoided responsibility, but the self-glorification and excuse culture is every bit as strong now as it ever was. While he offered vague, performance-explaining rhetoric, his replacements spin clever webs of words intended to redirect supporter and media focus; the only difference is in the delivery.

To look around the current landscape is to see more polish, more education and a better quality of suit, certainly, and it is also to see a generation of head coach bred by proper qualifications rather than just instinct and second-hand experience. But the defining factor here is fashion: what we do and do not want the game to be. Redknapp may well be outmoded and the sun certainly set on his most effective days many years ago, but his biggest crime seemed to be his inability to glint in a way which suited football’s updated perception of itself.

He is not what it wants to be.