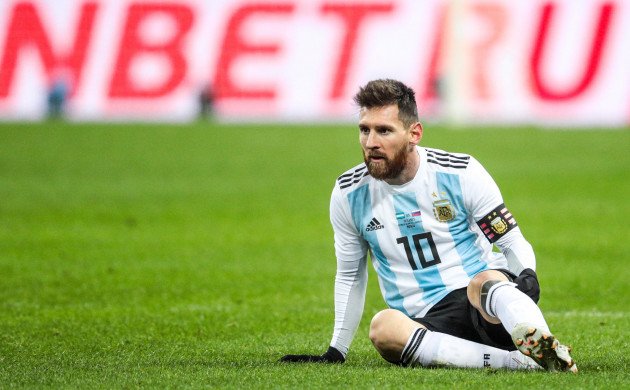 Argentina coach Jorge Sampaoli came back from his recent trip to Europe, where he sat down and spoke with 28 of his players. The most important, of course, is Lionel Messi – and the coach had a vital message to pass on.

“We spoke with Leo,” he said, “about his current form, and about trying to ensure that the same thing does not happen as in the previous World Cup, when he arrived at the competition already extremely exhausted.”

This – end-of-season burnout – has been the bane of recent World Cups. It was most clearly seen in 2002, when the competition got under way almost two weeks earlier than usual to avoid the rainy season in the Far East, leaving players insufficient time to recover from a European season in which the Champions League was featuring two separate group phases.

As a consequence the quality of play in 2002 was low and there were many surprise results. But to a greater or lesser extent, all recent World Cups have suffered from the dominance of the European clubs, and the punishing calendar they enforce on their players. And in the last World Cup, Argentina suffered more than most.

That is because the Argentina side was built on individual attacking talent rather than collective organisation. In qualification they played a very open 4-3-3. Messi was in the forward line together with Gonzalo Higuian and Sergio Aguero, while Angel Di Maria was part of the midfield trio.

They scored plenty of goals in qualification. But with such an open style of play, they were vulnerable at the back. Coach Alejandro Sabella commented that there were many times when his team was under attack that all he could do was close his eyes and pray.

The qualifiers are played during the course of the club season. The World Cup, of course, comes at the end of the campaign, by which time 10 months of wear and tear have taken their toll. Sabella understood right from the start that he would have to change his thinking. It was one thing to play tit-for-tat with the opposition when Messi, Higuain, Aguero and Di Maria were firing on all cylinders. But it was altogether different when his attacking quartet were dragging their weary limbs across the field.

The clue was there in Argentina’s opening match in the 2014 World Cup. After cruising through the qualifiers with a 4-3-3, Sabella sent out his team against Bosnia with three centre-backs. It did not work, and was abandoned at the interval. But it was early recognition that his stars were simply not fit enough to reproduce the type of football they had displayed in qualification.

Argentina went all the way to the final, and could have beaten Germany in a tight decider. But it turned out to be a campaign rooted in pragmatism. They defended deep, depended on the tenacity of Javier Mascherano – and on occasional, well-rationed flashes of inspiration from Messi. He spent much of his time in the tournament wandering around the centre circle with his head down, almost as if he was searching for a lost coin. And then, suddenly, he would come to life. Messi played in bursts. It was all he could do, and with Aguero and Di Maria going down injured, Argentina were forced to change their entire approach.

Their problem going into Russia is that Jorge Sampaoli is not the kind of coach who would accept giving such a cautious tweak to his game plan. The current boss defends a certain idea of play – high pressing, intense, attacking. Will his players be sufficiently fit to carry it out? And will Messi have enough gas left in the tank to tip the balance?

The good news is that Barcelona have an 11-point lead at the top of the Spanish table. Barring a collapse, they would seem well on their way to the title, giving Messi the chance to enjoy the occasional breather. The bad news is that the club is going into what really matters – the business end of the Champions League, where there will be no slacking.

Through all of this, Sampaoli will have to watch on helplessly. Messi, though, has surely accepted the message. Russia 2018 is the last World Cup he will play in his peak years. It could even mark the end of his international career. It is not only Argentina’s coach, but football fans all across the planet, who will be hoping that come June and July he will be fresh enough to do himself justice.