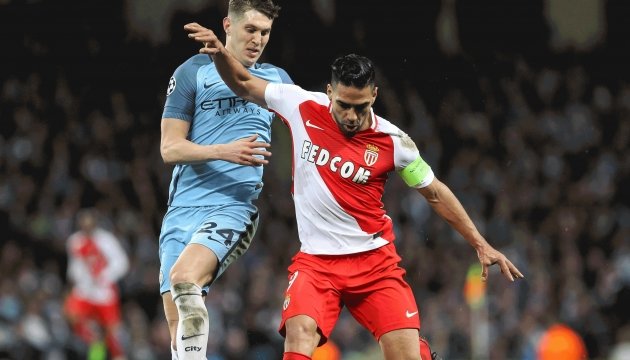 El Tigre roars again: How Radamel Falcao fought his way back to the top

There is something heart-warming about the resurgence of a great striker. Forwards thrive on confidence. It is their lifeblood, the essential ingredient of their being that trumps all else. Radamel Falcao knows this more than most. The Colombia international, affectionately nicknamed ‘El Tigre’, established himself as an insatiable goal-getter for both Porto and Atletico Madrid, only to be crushed by injury in his first season at Monaco.

Falcao had scored 70 goals in two seasons at Atletico, three of which single-handedly dismantled Chelsea in the UEFA Super Cup, to become one of Europe’s most clinical marksmen. Supporters were drawn to him. His energy, his enthusiasm, his natural charisma – they were all characteristics that made him instantly likeable, which is why it was particularly disappointing when, in January 2014, he ruptured ligaments in his knee and was ruled out of that summer’s World Cup in Brazil.

Falcao had looked set to lead the line for Jose Pekerman’s attack-happy Colombia, but instead found himself on the long road to recovery. He did not know it then, but the path back to prominence would take much longer than the six months that were required to recuperate from his torn ACL.

After the pain of missing a World Cup while at the peak of his powers, Falcao was offered a lifeline by Manchester United; he was the Red Devils second ‘Galactico’ acquisition in summer 2014 following the £59m capture of Angel Di Maria. Falcao was to be Louis van Gaal’s elite frontman in a two-striker system, alongside one of Wayne Rooney or Robin van Persie, yet he only managed 17 starts in his solitary season at Old Trafford.

He looked similarly lost during a fruitless loan spell at Chelsea the following year, but Falcao has since reinvented himself in thrilling fashion at Monaco. Upon his return to the principality, he was made captain by Leonardo Jardim and afforded the opportunity to lead an exciting attacking team, brimming with youthful exuberance and established order-shaking potential.

This campaign has been the triumphant chapter of Falcao 2.0. The resurgent 31-year-old has scored 26 times in 37 games, including five in the Champions League to guide Monaco to the semi-finals.

His renaissance has had the desired ripple effect on this freakishly impressive Monaco side, too. Falcao’s intelligence and positioning have made it easier for the club’s rampaging left-back Benjamin Mendy to swing crosses his way, and for delightful creative spark Bernardo Silva to find him with searching through-balls.

Falcao’s rich vein of form has also inspired Kylian Mbappe, Monaco’s extraordinarily gifted 18-year-old, to routinely destroy defences on a weekly basis. Against Juventus at the Stade Louis II on Wednesday night, it is the rapidly progressing wonderkid – not the seasoned assassin – who is expected to take centre stage, but it would be unwise to discount the potential impact Falcao could have.

Such an impact, of course, will be made through nous and predatory instinct. A key feature of Falcao’s transformation has been his response to losing his explosive power; that devastating knee injury blunted his pace and eliminated the possibility of the Colombian ever stretching defences as mercilessly as he once did.

As a result, he has focused on making himself a constant threat in the penalty box, positioning himself as the spearhead of Monaco’s hard-running, high-pressing unit. He showed as much during the 5-3 defeat by Manchester City in the Champions League last 16 first leg. Falcao had scored and missed a penalty by the time he chased a speculative ball down in the 63rd minute. John Stones, an unquestionably quicker player, looked the favourite, but Falcao sucked the City defender in, outmuscled him and proceeded to sumptuously chip the ball over Willy Caballero for Monaco’s third away goal.

It was a snapshot of the rejuvenated confidence and cultured finishing that has formed the backbone of his season. Lighting up the Etihad Stadium felt like his regeneration had come full circle, as Falcao showed the watching world how far he had come just down the road from where he toiled for a season under Van Gaal.

And that is exactly what Juventus can expect on Wednesday. While Massimiliano Allegri may have had a few sleepless nights envisaging Mbappe terrorising his defence, Falcao will not be easily outshone. His ability to consistently deliver on this stage – 39 Champions and Europa League goals since 2009 puts him behind only Lionel Messi, Cristiano Ronaldo and Robert Lewandowski in that timeframe – means he should not be written off.

At the same time, Juventus are the most difficult proposition of the season for Falcao. The Bianconeri have not conceded from open play in the Champions League, and besting the formidable Giorgio Chiellini-Leonardo Bonucci rearguard will be no mean feat.

Falcao, however, will be up for the challenge more than anyone in this Monaco side. He was down and out, ravaged by injuries and in danger of drifting into obscurity, but El Tigre has been reborn and is ready to engage in a fascinating physical and tactical battle with Juve’s backline in one of the semi-final’s most intriguing sub-plots. 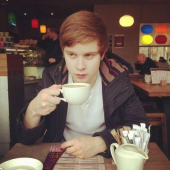 Matt Gault is a senior writer for These Football Times. He can also be found at Football Whispers, Unibet and FourFourTwo, while he has been featured in The Guardian.