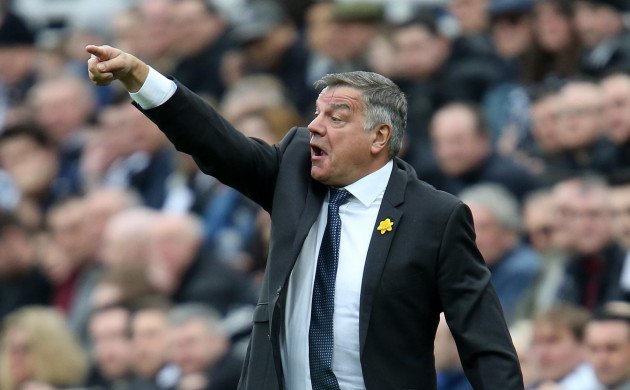 Did Everton make a mistake by hiring Sam Allardyce?

It’s exactly a month since Sam Allardyce rode into Goodison Park on his white horse and, over the eight Premier League games since, Everton have moved quietly up the table. Goals have been scored, clean sheets have been kept and, even if the team is dreadfully short of panache, relegation is no longer a realistic threat.

On Monday, Manchester United arrived on Merseyside. Jose Mourinho’s team have had their own difficulties of late, looking vulnerable in their own half and struggling to create chances in their opponents’. Nevertheless, they swatted Everton easily aside and began 2018 as they mean to go on.

For the hosts, it wasn’t such a big deal. Allardyce is there to stabilise rather than provide progress. Newcastle, Swansea, Huddersfield and West Ham have all been beaten in recent weeks and that’s really what’s required of him; he’s employed to guard against the worst case scenario, not to fire the natives with any misplaced enthusiasm.

A month is not a long time in football, so it’s perhaps premature to judge the standards being reached by Allardyce’s side. Nevertheless, it’s tempting to believe that this is really - from a stylistic standpoint - as good as it will get. Everton are formulaic with the ball and terribly dull to watch. They now scrap and compete, exhibiting a healthier shape than existed before, and they are tougher to beat than they were under either Ronald Koeman or David Unsworth.

That’s really the singular trait of most of the teams who have been coached by Allardyce: they win when they’re supposed to win and lose when they’re expected to lose.

It will also be Everton’s reality until June 2019 and, really, that illustrates the fallacy of their thinking. As was almost acknowledged by Farhad Moshiri when the appointment was made, it was a decision informed by apparent necessity. The decline had been so dramatic between August and November that it became excusable for the club to abandon their long-term aims. When relegation is a possibility, any alternative seems tolerable.

It only seems tolerable, though. Eighteen months of this: how - really - does that serve Everton?

If Allardyce completes his contract, the assumption is that the club will support him in the transfer market. Steve Walsh remains at the club, but one imagines that transfer policy will be informed by the current style of play. A squad will be constructed around the manager and the principles of his football will be firmly embedded.

The trouble with that, obviously, is that once those eighteen months have elapsed, Everton will then pursue an entirely different direction. They will not appoint an Allardyce disciple or opt for someone likely to make use of the ideological foundations he has laid, but return instead to a footballing Go! having collected their £200.

It’s a waste of time. And money. At its summit, the Premier League is a competition dominated by philosophy. Everton are not likely to compete with Manchester United, Manchester City or Chelsea, but the teams it can challenge - Liverpool, Tottenham and Arsenal - are all loyal to a certain way of doing things and have sporting structures and recruitment strategies which support those various aims. It’s what separates the progressive clubs in the league from those who just rise and fall on managerial cycles.

Everton are guilty of an overreaction. They emerged from the opening three months of the season with nasty cuts and heavy bruises, but have chosen a full-body cast as a remedy. Now they’re stuck, prone and immobilised by their own hysteria. Worse, the progress other clubs make while they’re in this state will have to be recovered in 18 months’ time.

Sunderland needed Sam Allardyce two seasons’ ago. Crystal Palace definitely required his services in 2016/17. But Everton? Everton didn’t have to hold their own face to the fire, they just needed to stop and think - they needed to hire a manager who wasn’t gazing towards Catalonia and who possessed the required coaching acumen to stiffen the defence.

And there was more than one man who satisfied that criteria. But, ultimately, creating that shortlist required an imagination and foresight that Everton have neglected to show.

Yes, it’s only been a month. On the other hand, the relief at having moved up the table has already worn thin and the supporters, audibly at Bournemouth and again in reaction to meagre attacking efforts during the game with Manchester United, have already begun to turn against this temporary identity.

In time, the usual barbs will begin to fly between the dugout and the stands. Allardyce will be accused of being a sporting philistine. The fans will be cast as ingrates and invited, by the media and probably the manager himself, to be careful what they wish for and to consider what life might be like without him.

All the pertinent questions, though, relate to why these two are together at all.