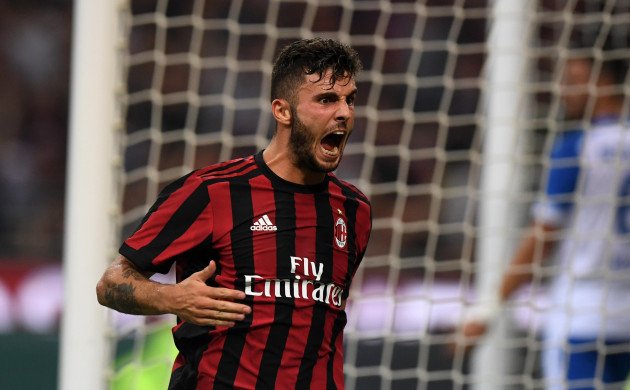 Despite World Cup failure, Italy has a very promising generation of players emerging

“The smiles are back at Coverciano,” one FIGC official blithely observed to Il Corriere della Sera this week. It appears the tension that characterised the final days of Giampiero Ventura’s brief tenure as Italy manager has been lifted. And yet naturally the national team’s failure to qualify for the World Cup for the first time in 60 years still burns.

“It’s an open wound,” Marco Verratti remarked to La Gazzetta dello Sport. “Watching it on TV is going to be very painful.” Moving on from it is easier said than done. Take Ciro Immobile. He is glad to be done playing at San Siro for the rest of the season. “I’ve played in Milan twice this year and the first memories I had as I walked out onto the pitch were the negative ones from that game against Sweden. It was a shock.”

Gigi Buffon retired from international football that evening but he’s back for the friendlies against Argentina and England. The Juventus captain’s recall has generated a lot of debate, but it’s times like this when you need his presence off the pitch as much as on it. “I think that’s why Gigi’s here,” Immobile said. “Without him it would be a lot harder.”

Talk of Buffon entering the FIGC as a director at the end of the season has grown in recent days. His experience is invaluable, particularly in delicate moments - and this is one like no other. Not only do Italy have missing out on the World Cup to process, this is their first get together since the tragic death of Davide Astori who was a member of the Italy setup for the last seven years.

“No words can describe what happened,” his teammate Federico Chiesa explained on Tuesday. “Davide’s passing was an immense tragedy that hit the dressing room at Fiorentina and the national team. I miss him so much but now the time has come to react, first and foremost for him. As a captain that’s what he would have wanted.”

Honouring Astori’s memory gives the upcoming friendlies a purpose they otherwise lack. Italy don’t have a major tournament to prepare for and Friday’s opponents Argentina even considered playing someone else in light of their play-off elimination, partly because they expected it wouldn’t be a proper contest with Di Biagio likely to field a load of kids.

However, with the exception of Chiesa and Milan’s teenage striker Patrick Cutrone there are no new faces in this Italy squad. Which isn’t to say it does not have a fresh look. Nine of the 13 players Ventura handed debuts to are in the mix including Gigio Donnarumma, Bryan Cristante, Luca Pellegrini and Andrea Belotti.

The idea that Di Biagio may take the Argentina and England games lightly is also wide of the mark. First of all, it’s imperative Italy restore some face and give a good account of themselves over the next week. Second, the results count towards the co-efficient and seeding in qualifying. And third, Di Biagio hopes to do enough in this international break and the next to persuade the FIGC to give him the job on a permanent basis.

Rather than competing against Argentina and England, the papers have billed it as Di Biagio against Carlo Ancelotti, Roberto Mancini, Antonio Conte and Claudio Ranieri - his rivals for the role of Commissario Tecnico. “I know there is something at stake,” he said this week. “I want to make it hard for the FIGC assembly but this is not the priority. It will be very important to play well in these two friendlies. We want to take the game to them and play in our opponent’s half irrespective of the ability of the team’s we’re up against.”

The FIGC seem open minded about handing the keys to Di Biagio despite his chequered record with the Under-21s. Aside from Marcello Lippi, all of Italy’s most successful managers Vittorio Pozzo, Ferrucio Valcareggi, Ezio Bearzot and Azeglio Vicini have been promoted from within the FIGC. But the lure of a big name is strong and memories of Conte’s impact still fresh.

For now, though, the feeling that Italy are in limbo is inescapable. Only after the World Cup will any new project start in earnest. The present holding pattern is owed to a much-needed period of reflection. Unable to elect a new president, the FIGC is under the emergency supervision of CONI, the Italian Olympic Committee.

Too early to judge them on their work, it is at least encouraging to see the centre of gravity return to people with experience of the gamewhen it comes to decision-making. Billy Costacurta is in charge of identifying the new Italy manager and setting a new meaningful agenda. Reforming the governance of the FIGC, in particular the voting blocks that decide whether to pass legislation or not, is key. How is it possible for instance that the amateur leagues - that is the non-professional game - have a bigger say than Serie A and the players’ union?

Opportunities to change have been missed in the past. It’s enough to think back to group stage eliminations from the 2010 and 2014 World Cup. This one cannot be allowed to go to waste regardless of the fact that a very promising generation of players is emerging. This right here is the real game. One that’s much more important than the friendlies against Argentina and England.