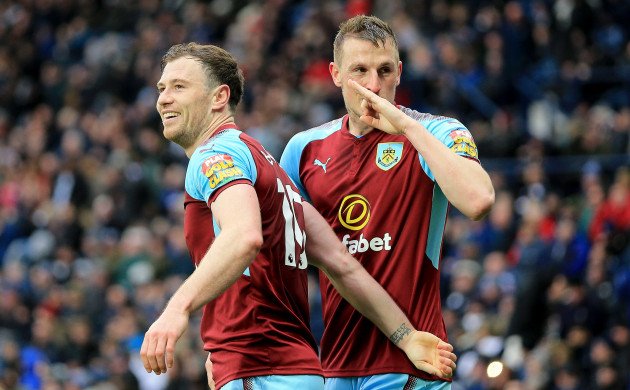 Burnley have had a fantastic season, but avoiding relegation should still be their priority next term

It was easy to presume that Burnley’s fast start to the season would eventually slow up, and it was easy to understand that happening when it did. Between mid-December and the end of February, Burnley’s record was 0-6-5 and their run of edging low scoring games well and truly expired. In real terms, though, it didn’t essentially hurt them. They started that run in sixth place (ahead of Arsenal) and five points clear of Leicester as the “best of the rest” and ended it in seventh place and still a point ahead of Leicester, with the rest of the league still behind.

Since then their form has exploded: five straight wins, including a crucial 2-1 victory over Leicester on Saturday, has landed the Clarets nine points ahead of the rest, and not yet adrift of Arsenal in sixth. It’s been quite a season for Sean Dyche’s men.

Ironically Leicester are the ideal comparison for Burnley, because the manner in which Burnley have found themselves in the upper echelons of the league is not unlike how Leicester launched themselves to an unlikely title. Both teams took advantage of the ineptitude of others: Leicester’s triumph came on a down year for the traditional and modern giants, while Burnley have taken advantage of an especially weak middle tier.

We are more used to seeing teams like Stoke, Southampton and West Brom pitch in and around mid-table than go into the final weeks of the season as favourites for the drop. Likewise, West Ham and Crystal Palace have more than enough financial clout to feasibly aim for better than what we’ve seen this season. Everton bought all the wrong players and have taken all year to hit reliable mediocrity, while the promoted clubs have quietly achieved just about as much as they needed to. Bournemouth and Watford have similarly done enough, while Swansea may well have taken Sunderland’s old mantle of “team that survives without ever looking good”.

There has been very little positive upswing from any team outside the big six, and perhaps Leicester are the only one to have hit anything like a solid par. Even then, they could easily rue that their chaos - managed quickly with the October removal of Craig Shakespeare - couldn’t have resolved with a greater spin upwards.

Burnley have sailed atop this meandering group, primarily by beating the other members. They have accrued 13 of their 14 wins and 45 of 52 points over teams beneath them, and have averaged a shade under two points a game here. It’s impressive stuff, and that Dyche is in the conversation for managerial awards is undoubtedly deserved. However, that type of discussion is necessarily backward looking, and it still remains to be seen how likely any kind of repetition of this success is going forward.

As the season has progressed, analysis from expected goals has deemed the team to have improved; their numbers are no longer relegation bad, more lower mid-table. It’s now long been accepted that most expected goals models “miss” certain stylistic aspects of Burnley’s defensive play, but even allowing for some extra juice here, the team has still massively overachieved against a realistic expectation.

It feels like even a degree of normal reversion from the mulch of underachievers beneath them could see four to six teams land themselves ahead of Burnley next season, and then the question becomes about whether the Clarets can keep themselves comfortable and looking upwards, or whether an almost inevitable quieter 2018/19 will see them battling and trying not to look down.

The scarcity of how Burnley have performed this season shouldn’t be ignored, though. Their attack looks as efficient as a relegation candidate, yet their defence has allowed Champions League qualifying goal volume. Very few teams have managed this kind of profile in the modern Premier League with possibly only Roy Hodgson’s 2008/09 Fulham side somewhat similar. They finished seventh with a plus-five goal difference from just 39 goals scored, and followed that with another fairly solid season in 12th, where the defence allowed more goals, but the attack remained stoic.

And that’s the crux: Burnley have hit the absolute best possible outcome in 2017/18 based on their measurable qualities. They should celebrate that achievement, but also be realistic in their expectation going forward. Much like the long-term fallout from Leicester’s success was long-term Premier League stability, if any fall back from Burnley’s current giddy height determined that same outcome, then their achievements would be tangible and genuinely progressive.

With larger, more established mid-tier Premier League clubs facing relegation this season, the risk is stark. Burnley may start next year in European competition but their only interest should be no different to any other year: consolidating their Premier League existence.