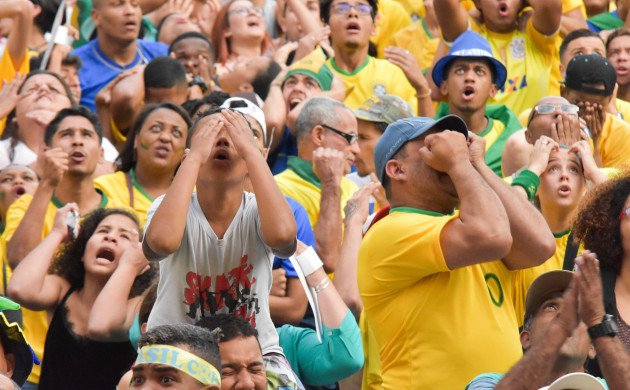 When Germany crashed out of the World Cup, one Brazilian TV station posted a long ‘ha ha ha’ on social media. Former great Rivaldo came up with a more considered response to the shock exit of the reigning champions.

“Is this the team that was supposed to serve as a model for us?” he mused. “The team that we sacrificed a number of coaches for, because they had not gone to ‘Europe’ [his inverted commas] to study? The team that pointed out that after the 7-1 everything in Brazil was wrong? There should be more respect for Brazilian professionals. We are the only ones with five stars on our chest and we deserve respect.”

His declaration is an excellent example of the mental difficulty that Brazilian football is facing in today’s globalised scenario. Behind Rivaldo’s declaration is rooted in an all-too-common mood of bitter defensiveness, a reluctance to accept a contemporary dynamic.

True, Germany played a dreadful 2018 World Cup. This does nothing to stain the value of a process based on humility. Despite reaching the final in 2002, the Germans had the wisdom to recognise that they were not playing well. They went back to basics, defined their principles, added things from other schools – and came back with such force that they became the only European team to win a World Cup in South America, during a 10-year period in which they reached the semi-finals of every World Cup and European Championship.

Brazil, meanwhile, have reached one recent semi-final – and Rivaldo will not need reminding what happened. In three World Cups – and three Copa Americas – the 7-1 defeat by the Germans is the only time Brazil have reached the last four. Having five stars on the shirt is a magnificent achievement, well worthy of the envy of the world. But it cannot hide the fact that Brazil have – in relative terms – fallen back. And that Europe – in relative terms – has taken several strides forward.

Five of the last six World Cup finalists have been from Europe, with the guarantee of the continent supplying both participants in next Sunday’s decider. For the second consecutive time, a World Cup in Europe has thrown up an all-European last four.

True, Brazil could easily have reached the semi-finals. On another day their performance against Belgium would have been good enough to win the game. But here is the irony. The motor behind Brazil’s revival over the last two years has clearly been coach Tite; he took charge of a team in 2016 that, with a third of qualification campaign played, were languishing down in sixth place and in serious danger of not making it to Russia.

With flashes of wonderful football along the way, they sailed through qualification, and come the World Cup did enough to leave an impression that, with a little bit of luck behind them, they could have been contenders. And Tite is a coach who has done the very thing that Rivaldo appears to be criticising. He has spent long spells in Europe carrying out an in depth study of top-class football, picking up concepts and applying them to his teams in Brazil. As he stressed in a recent press conference, “I have learned how to learn.”

Rivaldo’s statement would seem to be motivated in a dangerous myth – that Brazil’s greatness is entirely innate and natural. The truth is very different. They were not born five-time world champions. Those triumphs had to be earned, sweated out physically and mentally. And a huge part of the process was the open minded capacity to learn and experiment.

Coaches from Uruguay and Argentina made a huge contribution, and then some from central Europe came and helped Brazil develop the base for their first four World Cup wins – the back four, where an extra player was dropped to the defensive line to provide extra cover. The first time it was unleashed, in 1958, Brazil did not concede a goal until the semi-final. That conquest remains the only time they have won in Europe.

They are surely capable of winning there again. And the task will be eased by a dose of humility, by acknowledging that in a dynamic process they can learn from the best to become even better.