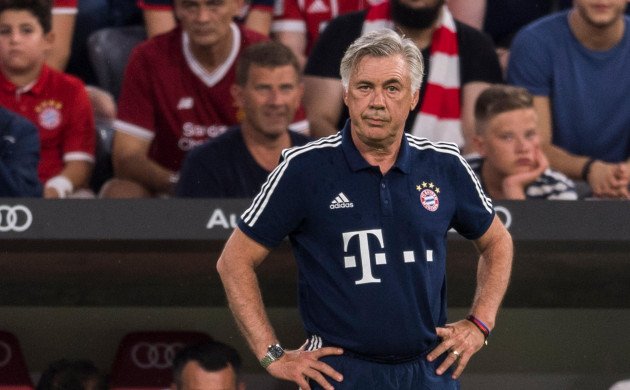 The Bundesliga may be considered one of the most one-sided contests in European football at the moment, but this coming season offers a slither of hope to any neutral looking for a new champion outside of Bavaria.

Indeed, Bayern Munich may be the pace-setters in German football, but it’s hard to tell where Carlo Ancelotti’s side will find the inspiration, quality or determination to fight off another title challenge from the likely candidates.

The club’s pre-season has been dogged by a series of unfortunate results against opposing sides of varying quality. Although the International Champions Cup and Audi Cup may sound prestigious, Bayern fans would have taken very little from the five defeats they were handed in the six games over both competitions.

There were a couple of things of note that happened, though: star signing James Rodriguez picked up a long-term injury, while Thiago Alcantara was rushed back to Munich after sustaining a thigh strain.

Clubs the size of Bayern are expected to absorb such absences, but in this case Ancelotti will be missing two of his biggest stars. James, despite only just arriving on loan from Real Madrid, was expected to slot straight into the No.10 role, while Thiago was arguably the club’s second-best performer last season after Robert Lewandowski.

In their stead the Italian coach will once again have to rely on Thomas Muller as a stand-in No.10, even though the German has yet to warm to his coach’s tactics and looks a shadow of his former self. Similarly, new signings Sebastian Rudy and Corentin Tolisso will be asked to hit the ground running in an effort to replace the injured Spaniard's significant contributions.

Such half-measures were perfectly evident in the club’s Super Cup clash with Borussia Dortmund two weeks ago, when the two teams huffed and puffed but showed very little quality or cohesion before Bayern won on penalties. If the reigning German champions can seek solace in one thing, it’s that their main rivals look just as abject as them.

Dortmund have waved goodbye to Thomas Tuchel following a season of heated debates between the tactician and his board, and now welcome former Ajax coach Peter Bosz for the coming campaign.

What can we expect from the Dutchman? Although Dortmund went on to lose the vaguely-contested exhibition match they did shine in parts, most notably though young Christian Pulisic on the left wing and new signing Mahmoud Dahoud in the centre.

Pierre-Emerick Aubameyang, who has stayed at BVB despite being linked with a move away this summer, looked sharp and scored with a fine floated finish in the second half. In the Gabon striker Bosz has a genuine star and a player who could prove to be the difference in the title race.

However, Dortmund are never too far from misfortune in the transfer market and, although Aubameyang looks likely to stay, Barcelona target Ousmane Dembele does not. Having been banned from first-team training for a poor attitude ever since the Catalan club came calling, it's difficult to see a way back for the young Frenchman - even if he stays put.

Despite the club's best efforts to hold onto their key players - which makes a change - and smart additions in Dahoud, Omer Toprak and Maximilian Phillips, Dortmund look set for another transition year. It would be their third successive season in football purgatory since Jurgen Klopp left the club in 2015.

Hoping to trouble the two stumbling giants are the calculated RB Leipzig, who have not only prevented their best players leaving for Liverpool but also signed a whole host of young, exciting talents who will no doubt be courted by England’s biggest clubs within the next two years.

Keeping hold of Naby Keita was vital to any immediate success in the Bundesliga and Champions League, while retaining star playmaker Emil Forsberg and forward Timo Werner will make this another campaign in which Leipzig can match any team in Germany on their day. Add to that the consistent brilliance of coach Ralph Hasenhuttl and you have a club that should once again comfortably finish in the top four while playing down any notion of a title race.

Another crazy season in Germany awaits, and it ought to be as entertaining as ever at the very top.