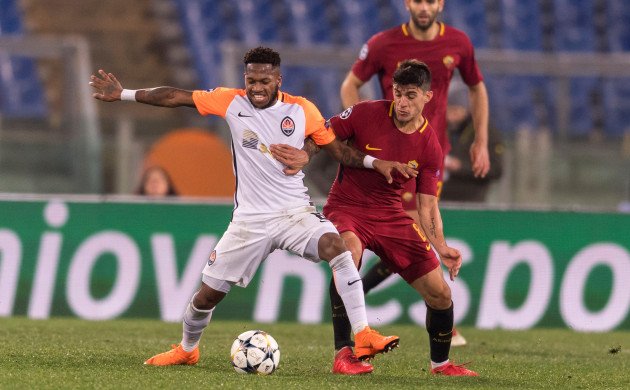 Liverpool supporters have not been in the best mood since Saturday's Champions League final defeat by Real Madrid, but they had reason for optimism 48 hours later when it was confirmed that Fabinho was on his way to Anfield.

The Brazilian had once been keen to trade Monaco for Manchester United, repeatedly talking about his desire to play at Old Trafford.

“My objective is to get to a club with the dimension of Manchester United,” he said last year. “I have no clue if one day I’ll be a United player, but I’ll keep on working so it stops being a rumour and becomes reality.”

A few months later, with the transfer window open, Fabinho was again asked about the link with United.

"It's a tempting invitation," he said. "I would first talk to my agent, Monaco too, to decide everything right. But it's a great club.”

Not long after, reports claimed that Jose Mourinho had lost interest in Fabinho and instead wanted to sign Nemanja Matic. Two weeks later, Mourinho was reunited with the Serb.

As time has gone by, United have been linked with Fred and he has emerged as the key transfer target for Jose Mourinho. Reports have claimed that United are in “advanced talks” with the Shakhtar Donetsk midfielder. Fred is currently in England ahead of Brazil’s friendly against Croatia, which will be played at Anfield on Saturday.

Fabinho has been omitted from Brazil’s World Cup squad, while Fred has booked his seat on the plane to Russia. United fans can’t start celebrating the transfer just yet, though, as Manchester City are also interested in him.

"There was a possible transfer to City. Shortly after, both clubs - City and United - talked with Shakhtar and with my agents about a possible transfer," the 25-year-old claimed last week. "If I am not mistaken, there was news on Thursday of a strong bid by United."

Having already sealed the signing of Naby Keita, it’s certainly advantage Liverpool at the moment, as they look to close the six-point gap that separated them and United in 2017/18. Mourinho’s team picked up four points from their games against Liverpool and Jurgen Klopp, who has just lost his sixth cup final on the bounce, clearly means business ahead of next season.

Yet in Fred, United may have just the midfielder they need as they look to improve. He’s a great passer and he likes to bring the ball forward with runs from deep. In the Champions League this season, he averaged an impressive 3.3 take-ons per 90 minutes with an impressive success rate of 95%. But, probably more importantly for Mourinho, he doesn’t neglect his defensive duties and tracks back in support of those behind him.

If United do land Fred, only time will tell over who is the better player, and whether the Shakhtar man justified his inclusion over Fabinho in Brazil’s squad. But if he does join, it’s game on.