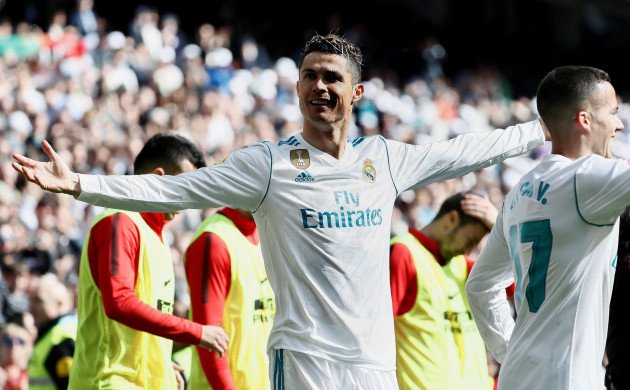 Real Madrid looked down on their luck, devoid of confidence and low on ideas at the turn of the year, after a disappointing defeat on the road against Girona in October sent Zinedine Zidane’s men on a downward spiral. Only Luka Modric could say he was playing at a similar level to the previous campaign, in which los Blancos retained the Champions League trophy for the first time in the competition’s history.

Skip forward a few months and the horizon looks more promising, even if the disappointments of the first half of the season have left them only able to lift one trophy at the business end of the 2017/18 campaign. Another Madrid derby this weekend ended with Real flummoxed at their own stadium against Atletico, a side who have had great fortunes at Estadio Santiago Bernabeu since 2012, but there were still positives amidst the two dropped points.

With a Champions League second leg against Juventus in mind, Zidane chose to rotate and freshen things up in the wider areas, with Lucas Vazquez and Marco Asensio taking to the field. The pair have shown real cutting edge in recent months, with the former having his most productive season to date. Both will be involved in Julen Lopetegui’s Spain plans come the summer, and it is precisely their drive, energy and mutual understanding that makes them an interesting combination when used in tandem.

For much of the last 12 months, Zidane’s selections were often one-dimensional and predictable. The trio of Cristiano Ronaldo, Karim Benzema and Gareth Bale was previously a strong one, and yet it felt past its expiry date in the current format. While the Real Madrid boss might not be one for micro-managing his tactics to the finest and most minute detail, he knows how to scrape that extra, difference-making percentage out of top-class players.

Fresh off the back of a hat-trick for the Spanish national team during the international break, Isco was entrusted with a starting berth in Turin two weeks ago. Incredibly tidy with his usage of the ball, with Real Madrid benefiting from the likes of Marcelo and Dani Carvajal getting upfield as much as they could, a controlling midfield base and roaming full-backs gave Cristiano Ronaldo the ammunition he needed to fire home an impressive brace and help the visitors to a 3-0 victory over Juventus.

In Madrid the following weekend, it was Lucas and Asensio’s turn to step up in the wide midfield roles, just as they did against Paris Saint-Germain in the first knock-out round of the Champions League. In Paris, Lucas Vazquez had the liberty to pop up on the left-hand side of the attack unchecked and combine with Asensio, before Ronaldo was teed up for a finish after balancing the books by finding his own space.

Against Atletico, too, Gareth Bale found himself on the left flank and able to pick out Ronaldo in some space at the far post, with the Portuguese continuing to show that when the pieces around him are allowed to move more fluidly, he has the instinct and intelligence to find the right place to wait or the point of attack to choose to benefit from the terrific service that can be provided for him.

While more points dropped in a Madrid derby was not the best preparation for seeing out the second leg of their tie against Juve, it at least showed that Zidane has gone from few ideas to having a couple of possible plans for the remaining months of the season. Whether Isco is given the license to roam ahead of a midfield three, or Lucas Vazquez and Asensio get the chance to offer their talents in the wide roles of a 4-4-2, their confidence and freedom assures service for Ronaldo.

The Portuguese star is having a sensational start to 2018 and any previous grumblings about his contributions this campaign can be forgotten. Beforehand, there was no substance to Real Madrid’s play and he struggled to make a difference as a result. Now, he has to follow his own intuition and trust a combination of young, hungry and talented midfield options.

When one wide men rotates infield, or over to the other flank, Ronaldo must respond accordingly. His recent finishes against Juventus, Paris Saint-Germain and Atletico Madrid show that as Real Madrid pick up speed, his experience is proving invaluable. When the pieces move fluidly around him, he has shown himself to be adept in picking the right option and finding space for himself, before striking without a second thought. Armed with an in-form goalscorer and multiple ways to supply him, there's plenty more to come from Real Madrid this campaign.